The Punisher crashes a mob meeting where a briefcase-exchange is taking place. After wiping out some criminals and blowing up a mansion, he takes off with one of the people who were meeting there.

Elsewhere, Peter is trying out as a cabbie to make some extra cash. He's not doing too well – and he only really knows the city from above. Back on the street, who bumps into and recognises The Punisher. The Punisher obviously doesn't recognise him back. As Spidey, he follows him back to a warehouse where The Punisher has a video from a dealer selling a particular gamma-infused version of Mutant Growth Hormone. MGH gives users temporary powers.

Punisher isn't too happy about Spidey being there. He says the arms dealers should be coming to him. Spider-Man gets incapacitated by high-pitched noise. Frank Castle has earplugs, though, and strings Spidey up to get him out of his hair. He is thrown clear of the warehouse and into the nearby water as the action kicks off.

Spider-Man resurfaces. But Punisher is in a bad position, about to be tortured by some of the goons. He has swallowed a tracer, though, and Spider-Man manages to track him down on to a boat. He helps to clear the goons, before finding the main dealer. Punisher shoots the dealer in the stomach, saying Spider-Man can either get the dealer to a hospital and save him – or go after and try to apprehend the Punisher himself. Spidey decides to save the crook instead.

Other reviews for The Amazing Spider-Man #577 - Old Huntin' Buddies; A Bookie Minute Mystery 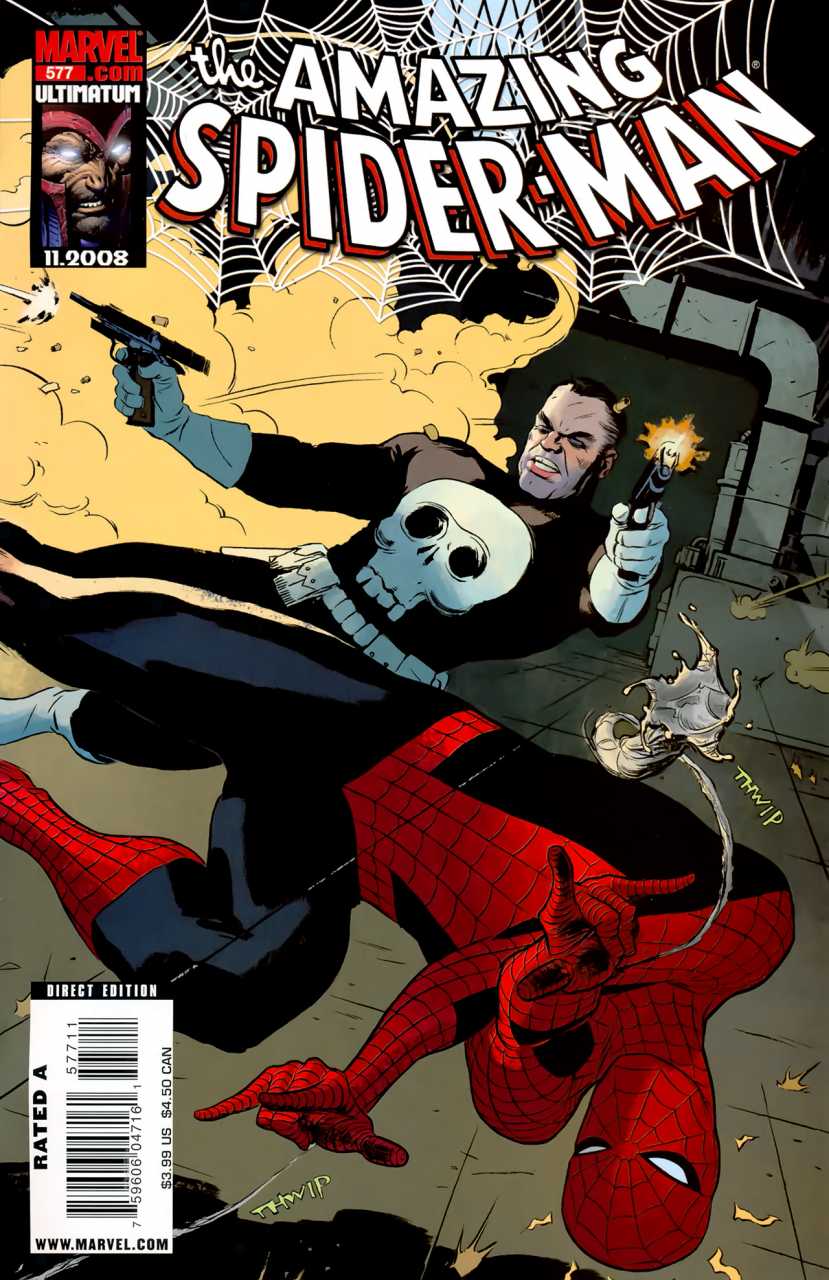 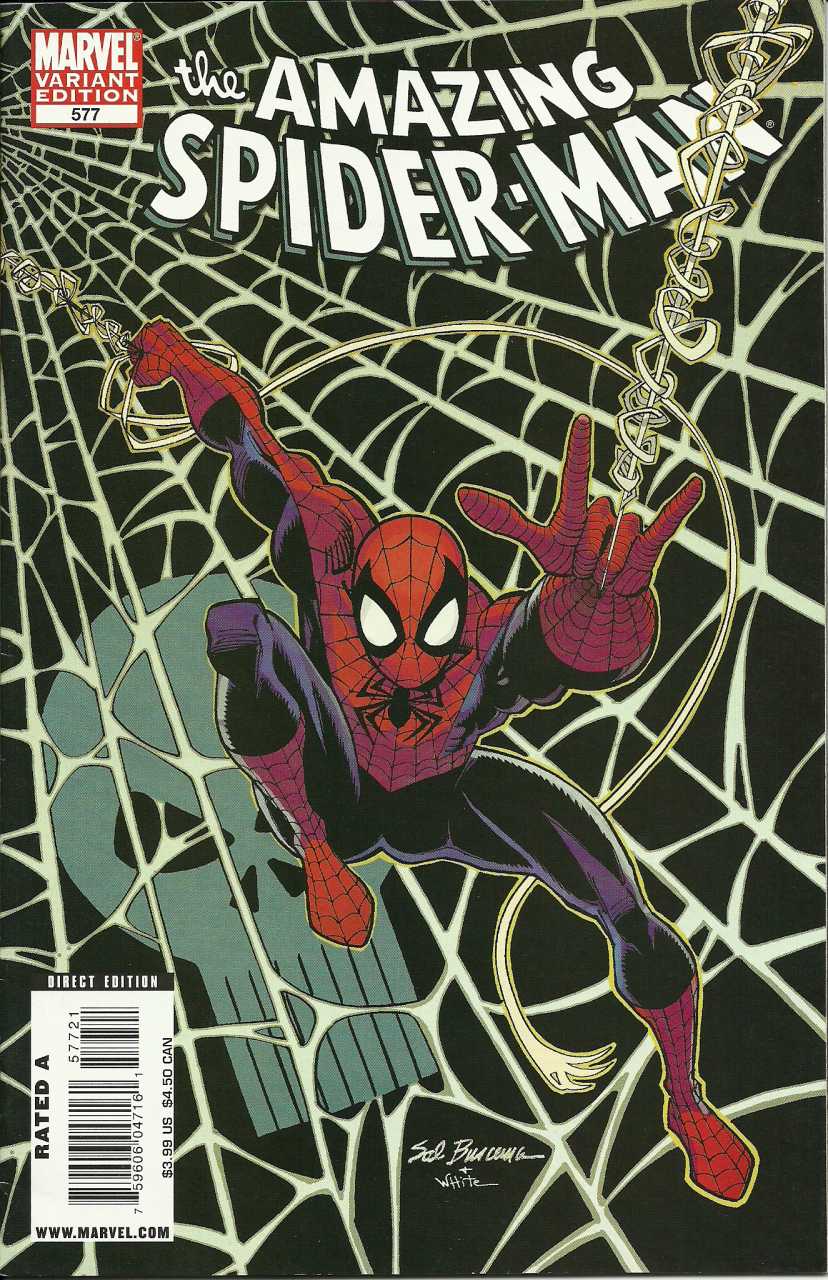