Carnage goes off on a killing spree and kills many people until Spidey and Venom Team up.Carnage meets up with venom and spidey at The Daily Bugle and Jameson is frightend by venom and calls him a monster and venom beats the body guards and then fights carnage.Spidey Watches Venom And Carnage's amazing battle and Carange throws veon Through a roof and the result venom is out cold and stuck.So Carnage goes after spiderman and our web head just keeps dodging his attacks until venom gets back up and carange runs away.After chasing him down the 3 fight again but this time The Fantastic 4 come and blast there speakers and Carange passes out and the symbiote comes off.In Anger Venom turns on Spider-Man Beating  Him Sensless until Venom Passes Out And The Symbiote Comes Off. 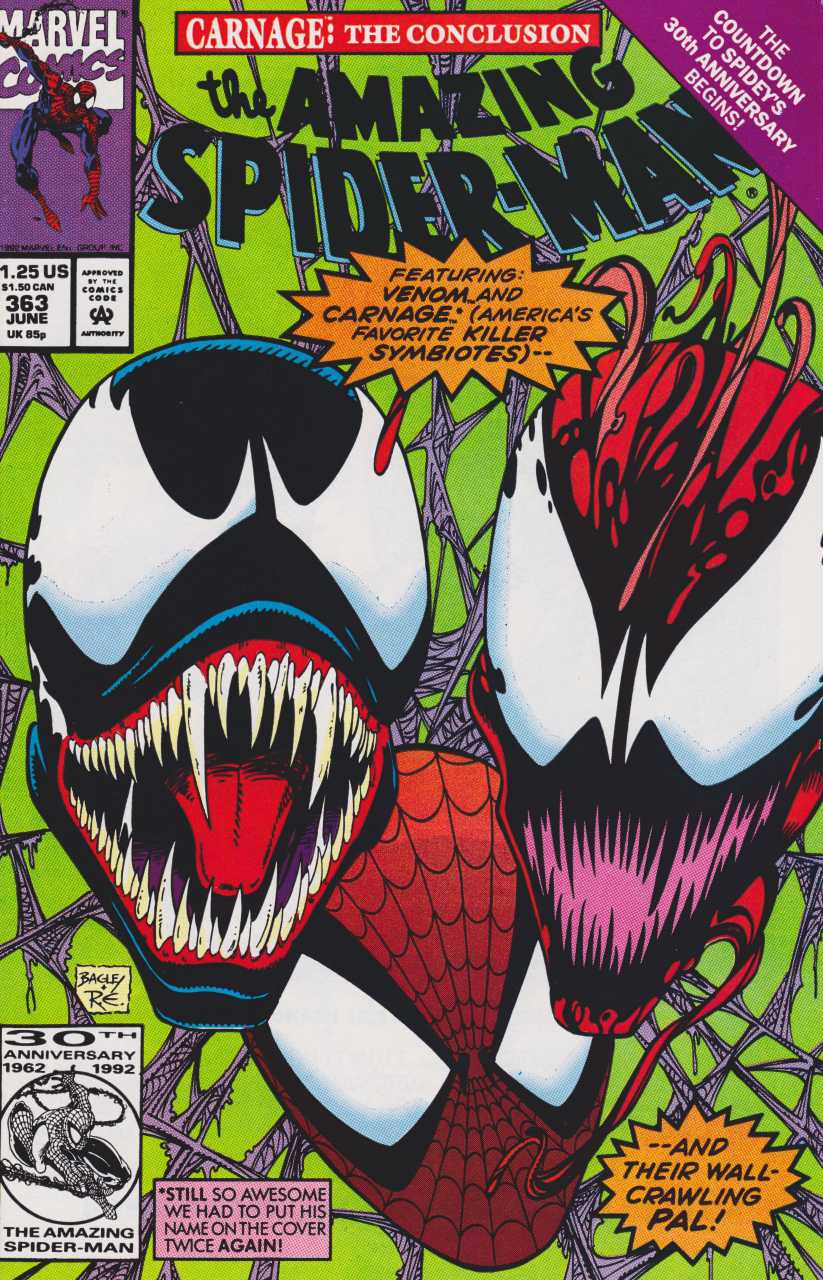