I looked around the site a bit and realized there's only like one real respect thread for Thanos. Seriously, only one? This should add a little icing on the cake, because come on, its freaking Thanos.

Well anyways, they will be categorized in Durability, Shields, Strength, Energy manipulation, Mind Power, Intel, and some other stuff. 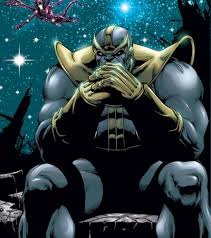 Unfazed by blasts from Odin and Surfer 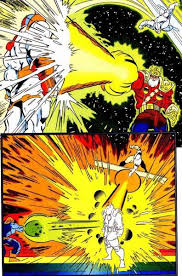 Refuses to go down after tanking several blasts from a frustrated Odin (note: Surfer was dropped in one blast)

Thanks to his shields he survives a blast from Omega, a Galactus level being

Survives an explosion from The Fallen One

Completely unfazed by a point blank blast from Surfer 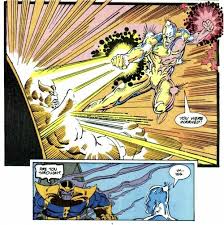 A fed Galactus having to exert himself to destroy Thanos's shield 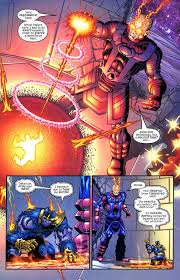 Survives an explosion from Kosmos

Knocks out Thing with a punch

Easily catches Terrax's ax (note: His ax has split a planet in half)

Knocks out Thing with one blast

Sends Galactus sailing with one blast 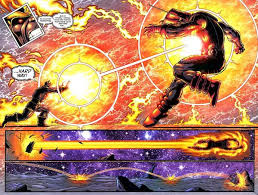 Takes out Thor and Thing with eye beams

Dishes out a blast that makes the universe scream

Takes out Drax with a blast

Destroys the mind of Pip the Troll

Astral battle against Goddess with Adam Warlock and Professor X

Outsmarts and owns Champion with the Power Gem

Absorbs Eternity, Infinity, and the Living Tribunal with the Heart of the Universe 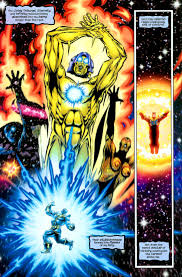 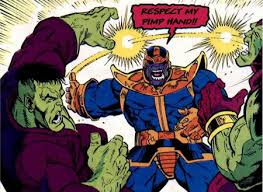 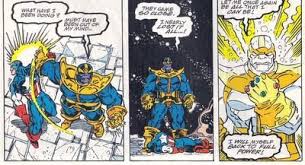 If you got more scans for Thanos.....POST EM

Dammmmnnn, it's gonna be pretty hard for someone in my opinion to come back after these posts. Awesome Forum and display of Thanos Feats. if they have stuff more eye candy, I would be beyond glad to see them.

Does this confirm that Thanos is indeed well versed in black arts magic?

Thanos (hasn't always been, but) always will be my favorite comic book character of all time, from any universe!! Mad respect for Thanos of Titan!!!!!

If only my pal could return all of my infinity books.

Oh yeah! The battle between Thanos and the Thanos clone made by Magus. It was cool as well.

Thanos tanks a point blank shot from the Universal Weapon, snaps it.

I liked Thanos but he is way overpowered . Even the entire justice league and Avengers can't lay a scratch on him . SMFH

@agentofchaos1: the justice league can you’re just overrating thanos, thanos without his amps and only technology the justice and avengers would win

Did you not pay attention to all of the scans posted? Thanos isn't using amps for the majority of his feats. Thanos is not overrated, he is overpowered.