Too much angst, not enough Rose:

Okay so I'm still having fun reading this series and following one of my favorite characters, Rose Wilson AKA Ravager. In all honesty, the previous issues and promotions for this issue built up the fight between Rose and Static to be much more epic. Instead, we get like a 3 page fight that ends with poor Rosie not even getting one hit in. I can understand that being that Static is pretty tough and all but then the rest of the issue was just Disruptor acting like a prostitute, Persuader sharing a happy moment with her dad (who died 2 seconds later), and then Copperhead acting strangely quiet and emo-ish. I kind of miss his stupid comments hah.

Anyway--the only part of this comic that REALLY made me laugh and wanna yell "PWNED" was when Rose kneed Clock King in his tenders. Now that's good stuff right there. Of course nut-shots in comics are always fun. Grosses me out that she kissed him though.

In conclusion, I think that the only reason most of the fans are reading Terror Titans is for Rose. Hopefully when this seemingly lame mini series will end, Rose will get her own spotlight.

Other reviews for Terror Titans #4 - Part Four: Shock and Awe

Ladies and gentleman we reintroduce to you, STATIC !! Although it isn't the cool Static from the old Milestone comic, but the kind of lame Static from the cartoon. The book opens with Static and Ravager fightig in the Terrordome. and Static is basically handing Ravager her ass.    It comes off as one of those moments where a well known character is beaten just to make the new guy look good. That isn't to say that the battle wasn't exciting, it's just that I thought that the person who took out t... 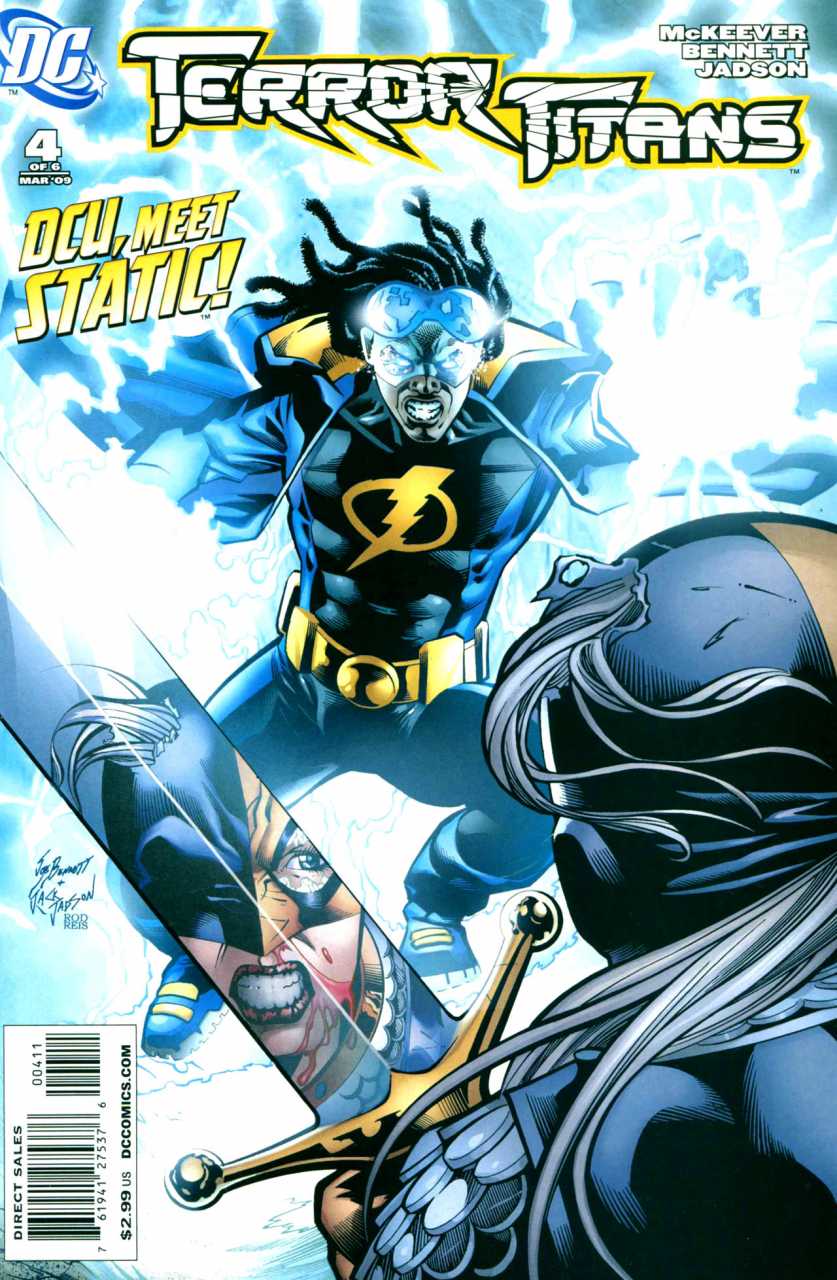