Not quite hitting the mark.

When I first saw Ape Entertainment had released a Temple Run series I asked myself how they could possibly turn a smart phone game into a readable comic series?

It seems from the first issue that the answer is they will struggle. The issue starts out with some strange pacing that didn't seem to flow well for me when I read it. While the creators promised the series would explain the "backstory" to the characters the first issue explains very little off the bat but a lot is hinted at, I don't want to be too critical on this factor as it is only the first issue but I personally expected there to be more substance from the start, instead we get a mixed bag of forced character meetings, a half baked plot and what seemed to me to be a rushed opening to what will obviously be a long running plot along with some cheesey and cliched dialogue. All of which results in what I think was a weak opening issue to a series I can assume will attract a lot of attention due to it's namesake game.

The vibe I get just from the first issue is that this series was dreamed up and created with the intention of promoting the game rather than expanding the world it's set in and saying that I wouldn't be totally surprised to find out that a new Temple Run or similar licensed game is waiting in the wings about to be released and this tie in comic series is the forefront of the marketing campaign. Now I know I sound cynical but trust me, read this issue and tell you don't feel the same.

It will be interesting to see how this plays out and I'm willing to give it the chance, lets see where this goes while hoping that next time I log onto the Play Store on my phone I don't see "Temple Run 3" or something related, because then I'd have to say "I told you so... I bloody told you!"

Other reviews for Temple Run #1 - The Chosen Ones Part 1 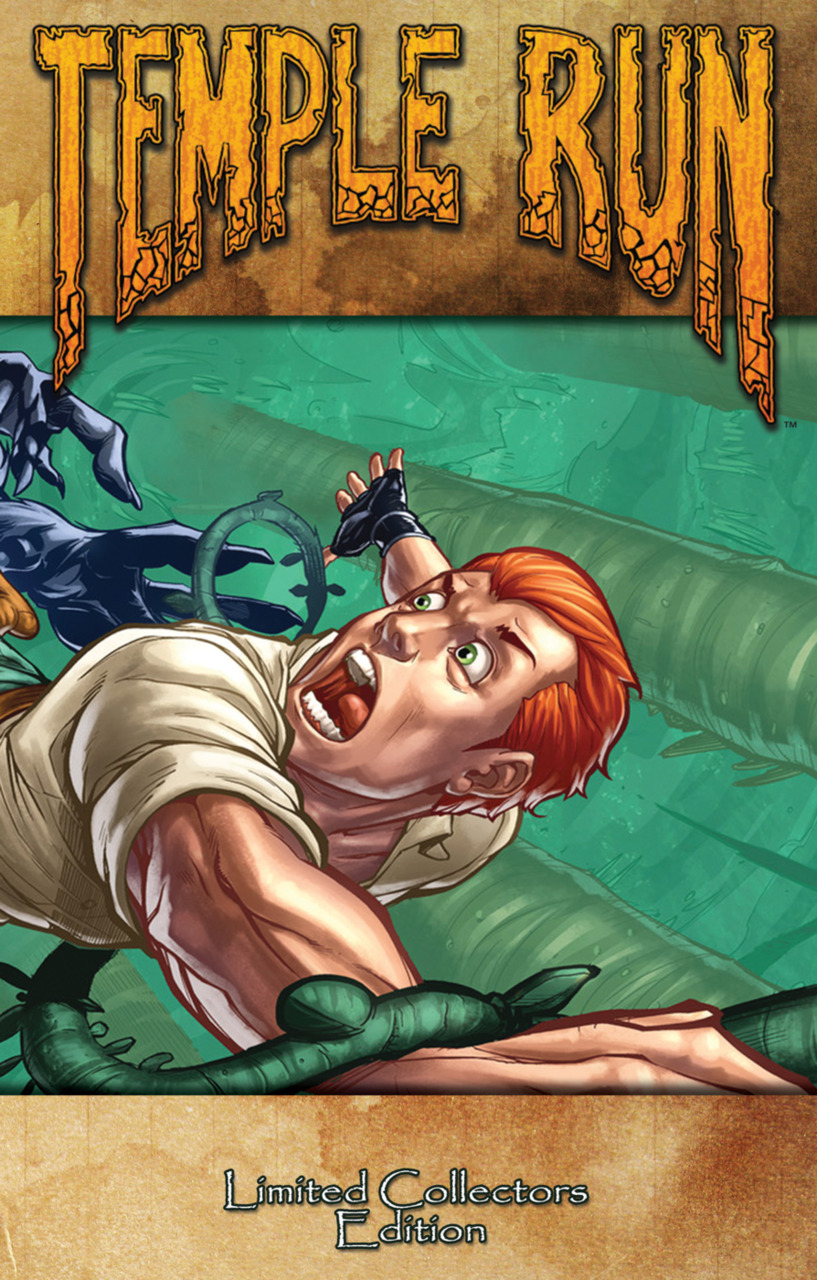