The Teenage Mutant Ninja Turtles (TMNT) are back with this short prelude to IDW's new TMNT series issue #1. Old Hob, a new foe in terms of comic appearances, makes his debut against three of the turtles and Master Splinter. Donatello, the bo wielding turtle; Leonardo, the katana wielding turtle; Michelangelo, the nunchuku wielding turtle; along with Master Splinter face off against Old Hob's street gang which is comprised of human thugs.

After the three turtles and Master Splinter kick Old Hob's gang's butts, they allow the gang and Old Hob to escape hurt, but without any causalities - at the request of Master Splinter. Old Hob jumps a fence, but not before reminding them of their lost and forgotten brother - Raphael, the sai wielding turtle. This reminder turns their victory cheers into a silence as they remember their brother who they "have not forgotten."

The overall art direction is a dark, gritty, and grim style with dark colored panels. The 10 questions to the creative team printed at the end of the book indicates that these turtles will eat pizza and kick butt, but there won't be any "cowabunga-ing happening." I'm looking forward to this continuation of a classic story. 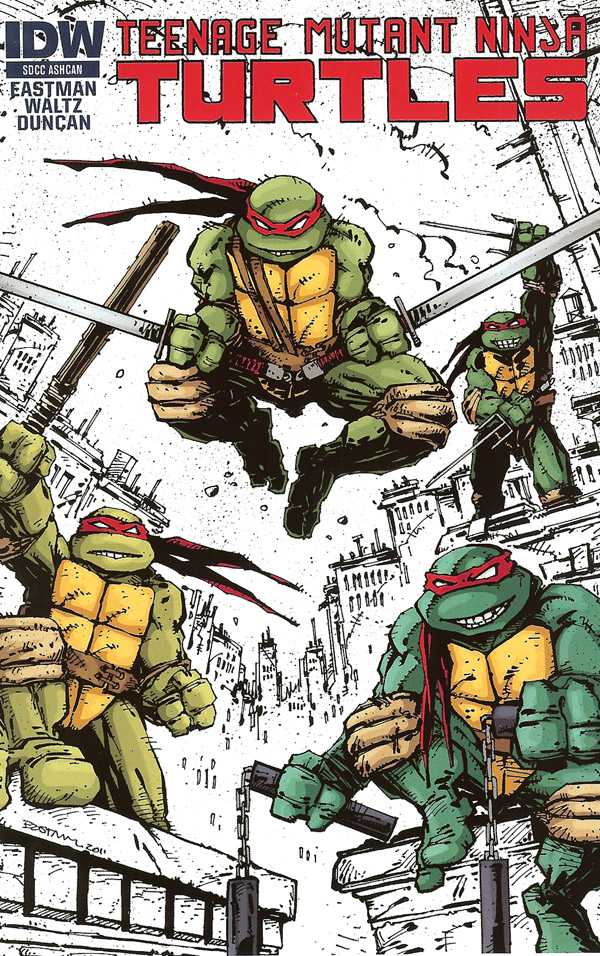