This issue was strong and it was good to see Ravager back in the spotlight more than just her co-feature.  Personally, I think Ravager needs to make up her mind as to who she wants to be.  Does she want to be an anti-hero?  A Titan?  I have always found her to be a great character, but her constant flip flopping is getting old fast.  It seems that when she is around the Teen Titans she is portrayed as this badass rogue who cannot be relied upon to be a team player.  But then in this issue around her family, she is seen as more of a reformed person.  I hope that somebody decides what her future is.

J.T. Krul once again shows that he understands the Titans and I am left wondering why he has not been assigned to a larger Titans book on a more consistent basis.  I also liked Bennet's art in this issue.  I'm still waiting for the Teen Titans book to get back on track and am eagerly hoping that this upcoming arc written by Felicia Henderson does the trick.  This current arc was a pretty good Blackest Night tie-in.

SPOILER WARNING! First off, with this, I like how we got to focus on Deathstroke and Ravager instead of the Teen Titans because we already have the Blackest Night Titans 3-part mini-series so I like how we get something different here.  Getting to learn about Deathstroke's past was really neat, as he is one of my favorite DC villains.  Getting to learn about Jericho's past...not so much.  That was my ONE problem with this issue.  Too. Much. Jericho.  I've never liked Jericho.  Frankly, I agree w...

"Blackest Night" part 2. This issue just like the last was really great. We see some cool Black Lantern zombies and some bonding time for the Wilsons. Rose and Joey fight alongside their father Slade against the Black Lanterns and win the day. We see alot of character development for the Wilsons in this issue. Slade tells his kids that he wants the three of them to be a team and work together. He thinks its best for them to stick together. Joey makes the decision to stay on with Slade, but Rose... 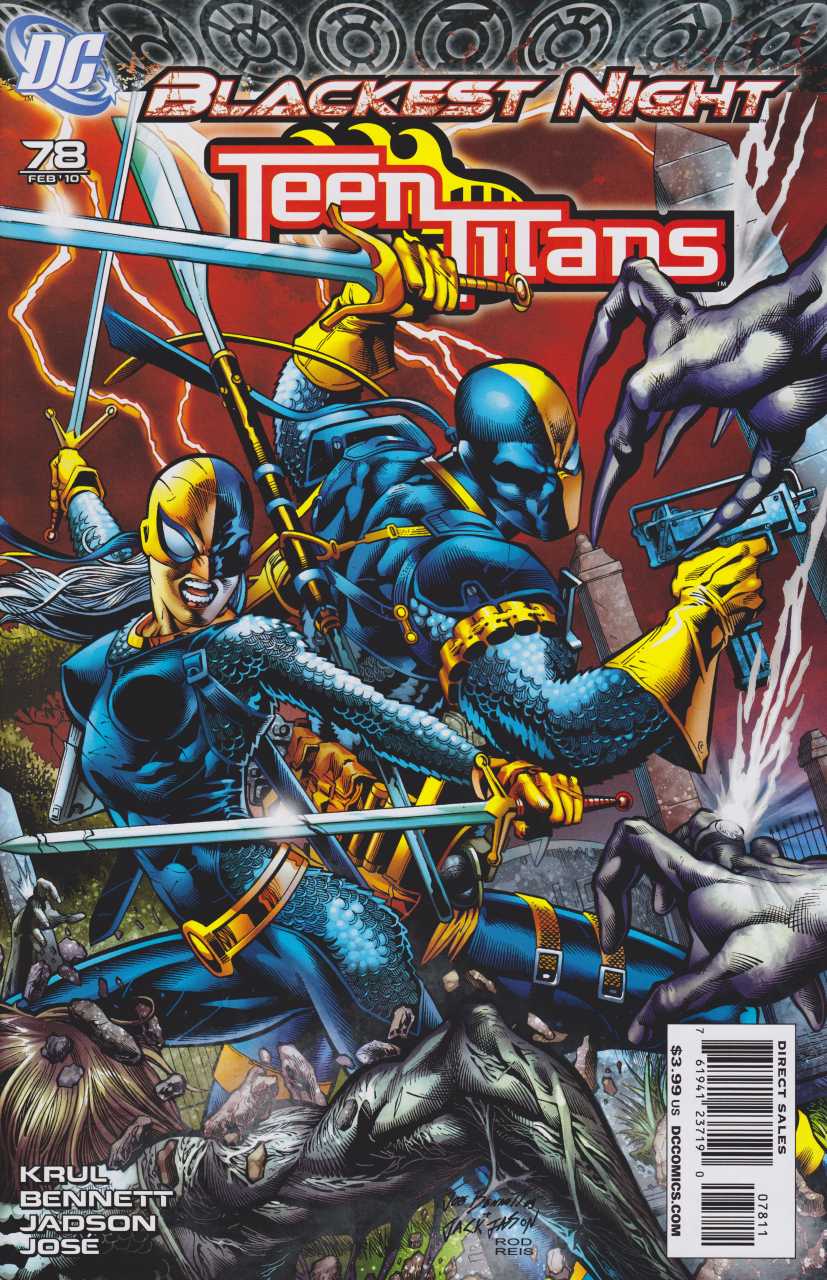