The DCNU Teen Titans has been a disappointment to me overall. The latest arch was better than all that has come previously, but it still did not wow me. The last issue left us with the cliffhanger that Red Robin had been presumably kidnapped by Joker, and apparently, the clown wants the Teen Titans to join in on the fun. It is hard to get too excited about any of this since we have seen so many tie ins to the Death of the Family story, and the DCNU Red Robin is far from my favorite character, but many of the tie ins have been entertaining, and maybe it is time I cut Tim some slack. Does this issue make me a believer in Lobdell's Teen Titans, or is this just another clown that fails to amuse?

In this issue, the Teen Titans get some assistance in finding their lost leader from Batgirl and Red Robin is mocked by Joker.

It's nice to see Brett Booth make a return to the series though my enjoyment is somewhat lessened by the knowledge that he will be leaving after Death of the Family. I understand his style is not everybody's cup of tea, but I've come to really enjoy it. One odd quirk about thiss issue was that the strap which has been holding on Joker's face was mysteriously missing. In fact, the face was a little underutilized in that you could not even tell there was something wrong with it unless you were looking closely. This is a little disappointing when we have witnessed the slow rotting of Joker's face throughout the rest of the series. Also, Joker's face appears on the moon at one point which did not strike the right chord with me. However, Joker's eyes make up for these mistakes as Booth captured the same sort of menace presented in Batman #15, and all the heroes look very cool in this issue. Personally, I think Booth is the only one to make Bart look good in his current costume. Booth's presence will be missed when he leaves.

I'm very thankful that all the current members of the Teen Titans got a decent slice of the story this issue. In the prior four issues, we have barely seen Bunker, Kid Flash, or Solstice, but all of them have a significant presence this time. At first, I thought the Titans interaction with Batgirl was going to be all filler and posturing between Wonder Girl and Babs, but at the end, Wonder Girl showed some concern that made me rethink her actions. She was being...unpleasant to put it nicely, but I think her attitude stemmed from fear for her friend and her defense mechanism of putting up a tough face. She felt she needed to show no fear as the de facto leader of the team. (personally, I think Bunker should be in charge as the only consistently sensible Titan) Though there are not any great standout moments for the different members, I respect that Lobdell took the time to give every character something to do.

Though the Teen Titans' interactions were pretty good, the exchange between Red Robin and Joker is one of the worst to stem from Death of the Family so far second only to Catwoman, and honestly, Catwoman's was not much worse. Joker, for his part, was okay I guess. He did nothing remotely creative to Red Robin; Joker put on Tim's winged costume and taunted him. Tim for his part did nothing. Literally, Tim is stuck in a pit with walls about ten to twelve feet high, and he does nothing but talk to Joker. Such a pit would not stop any member of the Bat Clan for long except perhaps Barbara pre-Flashpoint, and even then, I think she would at least try to escape, but no, Tim just stands there like a moron trying to decide what to do while talking to the green haired menace. When Joker comes into arms reach, Red Robin continues to glower at him even though his hands are completely free to attack. What an incompetent boob!

Making this even more painful is that Fabian Nicieza, writer of Red Robin, did the dialogue on this issue. Nicieza did a great job during his time handling Tim Drake pre-Flashpoint, yet he cannot seem to come up with anything that makes me remotely root for him in this issue. At the beginning, Tim talks about how his team is unprepared to face challenges without him. No duh! Why haven't you trained them to do anything, Tim? We are over a year in to your team book, and you haven't taken time to teach them to work as a team! One line from Joker directed to Red Robin also connected with me. “You have always annoyed me with your perfection. That arrogant flaunting of how much better you think you are than everyone else.” Yes! That's absolutely true about the DCNU Tim Drake. It did not apply to pre-Flashpoint Drake at all, but it is so very true about this Red Robin. Please beat him to death with a crowbar now, Joe. I'm begging you.

Red Robin mentions the Orpheus murder which is a really odd thing to put back in continuity since it was not a crucial event in many ways. However, it did give me hope that if the death of Orpheus is still in continuity, then perhaps the “death” of Stephanie which occurred in the same arch is also still game. However, Orpheus was killed by Black Mask previously, and it appears as if it was Joker who killed him now, so again, this was a very odd continuity update.

For me personally, I feel like this is just another nail in the coffin of Tim Drake, but as an independent comic divorced of my personal affection for pre-Flashpoint Tim, this is an okay addition to Teen Titans and Death of the Family.

This has been a very fun series, but overall inconsistent, with some good issues and some poor. I was hoping that it's part in the Death of the Family crossover, and that due to it crossing over with Red Hood and the Outlaws, that it would put the series back on course, and although it has, it still wasn't quite as good as I hoped.PlotThis issue sees the Teen Titans enlist Batgirl's help following Red Robin's kidnapping at the hands of the Joker (which happened at the end of the last issue). As ...

Still not a Tim I recognize. 0

Standard Spoilers apply -- obvious speculation at the end.I'm going with a 2.5 on this comic.Because, really, is there a more mismanaged character then Tim Drake, right now?One of the things I appreciate about the Joker is that he's insane and violent, but oddly poignant in his deductions. He's no slouch in the intelligence department. So, am I supposed to think that Tim is that narcissistic? That he really feels like he's better then everyone else?Because that is not the Tim I know. Tim who ido... 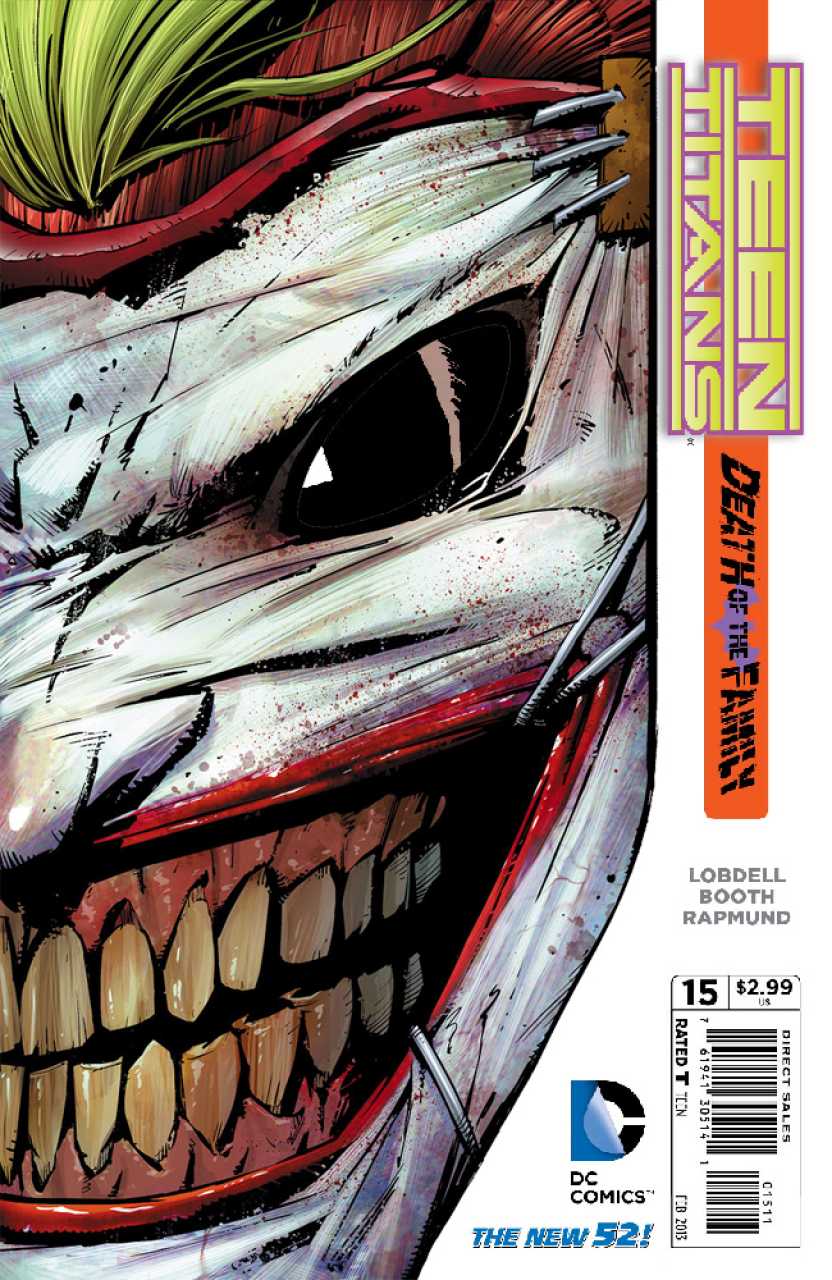 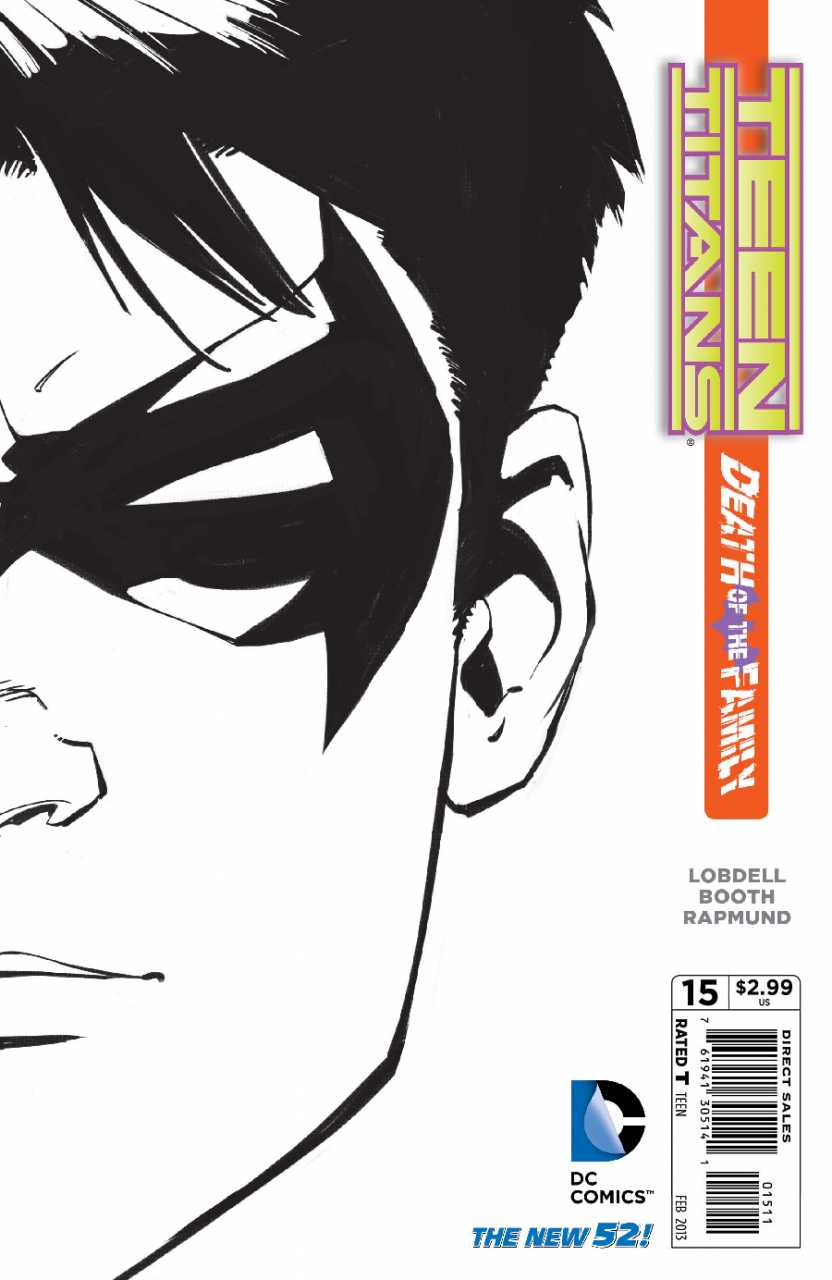 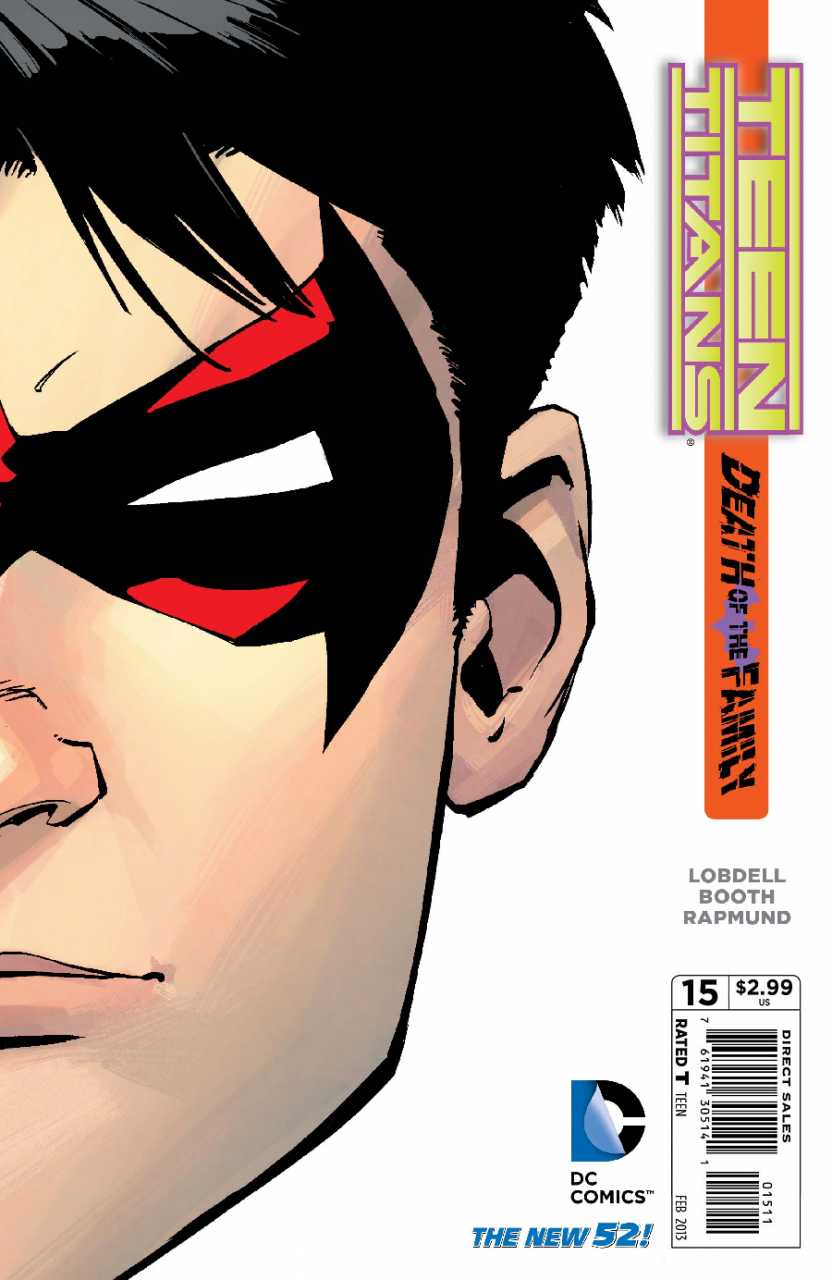