Who Deserves the Silent Armour?

I have overall been enjoying this series and it's been very fun. The current story involving Wonder Girl's origin has however been very poor and I hope the Death of the Family crossover, between this series and Red Hood and the Outlaws is better.

This issue sees Wonder Girl, along with Superboy and Red Robin in search of Diesel and the Silent Armour he's wearing. Meanwhile Kid Flash and Bunker are bored waiting for the others to return, and Solstice gets visited by Kurt Lance who offers to make her human again.

This was a disappointing issue and the whole Wonder Girl origin story hasn't been as good as I hoped. This issue felt very rushed and is by far not one of Scott Lobdell's best written stories. I've loved how he's written the characters throughout the series, and especially the chemistry between Superboy, Wonder Girl and Red Robin. I was also happy that this story they have been the main characters with the other Titans making brief appearances, but this issue they didn't get as much time to interact. I did like how despite the separation you could still see that both Superboy, and mainly Red Robin cared for Wonder Girl but it would have been nice if we'd seen a bit more. Although I liked the confrontation between Diesel and Wonder Girl, even it felt rushed, which was disappointing. Lobdell does however continue to show the characteristics of each character perfectly, and I liked how he handled the small sequence between Kid Flash and Bunker.

I'm not to sure if I like the art in this issue or not. Alé Garza has done a decent job on the artwork over the last couple of issues but I'd much rather Brett Booth and am looking forward to seeing him return as artist next issue. Garza's art is good and very detailed, and I love the way he shows the character emotions. There's however something that doesn't feel right about his art in this series and the way draws hair isn't very appealing. Although I know this is Superboy using his powers, him going about with a swirly red light coming from the back of his head looked weird, and it didn't look right whilst he was flying really fast. I also can't remember seeing this in anyone else's, art whether on this series or the Superboy solo series.

The fight near the start of the issue between Wonder Girl, Superboy and Red Robin against Diesel's army was interesting, but by far not the best fight scene I've seen. I liked how the fight was laid out, and how it moved between the different characters. I also loved how despite not having any powers Wonder Girl was still able to handle herself and managed to put up a strong fight. This initially question just how strong Diesel's army is, but that is answered when Wonder Girl is swarmed by them.

It was interesting to see that Superboy had the cooler head during this fight, and how he had to pull Red Robin away from the fight. This is interesting as Red Robin is usually the one who knows when a fight is lost, and his determination to save Wonder Girl questions how far his feelings towards her actually go. The series has shown Red Robin and Wonder Girl flirting in the past, and earlier on in the series it looked like the two might possibly get together, so his determination to save her in this issue reopened that question. It's also interesting to see how Superboy has changed over the series, as when he first joined the Titans he would have been the one risking his life to defeat a foe, and would have needed to have been pulled away himself.

I was looking forward to seeing the confrontation between Wonder Girl and Diesel in this issue, and to be honest it was a bit disappointing. The interaction between the two was great and I liked how you could easily see the past emotions released, and that even after everything that's happened, there is still a part of Wonder Girl that still loves Diesel. The end of the confrontation however was disappointing. I won't spoil the result of this confrontation, but I would have expected more of a fight to have happened between the two, and the end result felt very rushed.

The set-up for the Death of the Family crossover at the end of this issue wasn't very good, and one of the poorer set-ups. I'm still however looking forward to seeing both the Teen Titan's and the Outlaws involvement in this crossover, and how Red Robin an Red Hood handle the Joker. It will also be nice to see Brett Booth return as artist and I'm hoping that the Death of the Family crossover will be a much better story than this was.

This was a good issue but a poor end to what was an interesting story. If you have either got the series, or this story so far I would recommend getting this issue. I would also recommend it to Wonder Girl fans, but otherwise woild recommend waiting till the Death of the Family crossover next issue.

Other reviews for Teen Titans #14 - The Origin of Wonder Girl, Part 2

The Origin of Wonder GirlTo see this review with images, click here.Teen Titans has had a rather inconsistent run starting off horribly but becoming better with the current story arc. Though I despised Lobdell’s earliest issues of Teen Titans, I’ve found myself growing fond of the central three characters as they set off on their own to help Cassie harness and then reclaim her armor. Does this issue expand further on the chemistry between Red Robin, Superboy, and Wonder Girl, or does this trio o...

The Good: First of all, Lobdell (I thinks that's how u spell it?) Manages to get a lot done in 18 or so pages. I hate when I get to the last page of a comic and think "Wow. At most, 2 things happened in this whole issue" In terms of story content you definitely get your money's worth in this issue. We learn a bit more about Diesel and Cassie's abilities. We're also introduced to a few interesting subplots and connections to the rest of the DCU. Solstice makes a new friend.What I really loved abo... 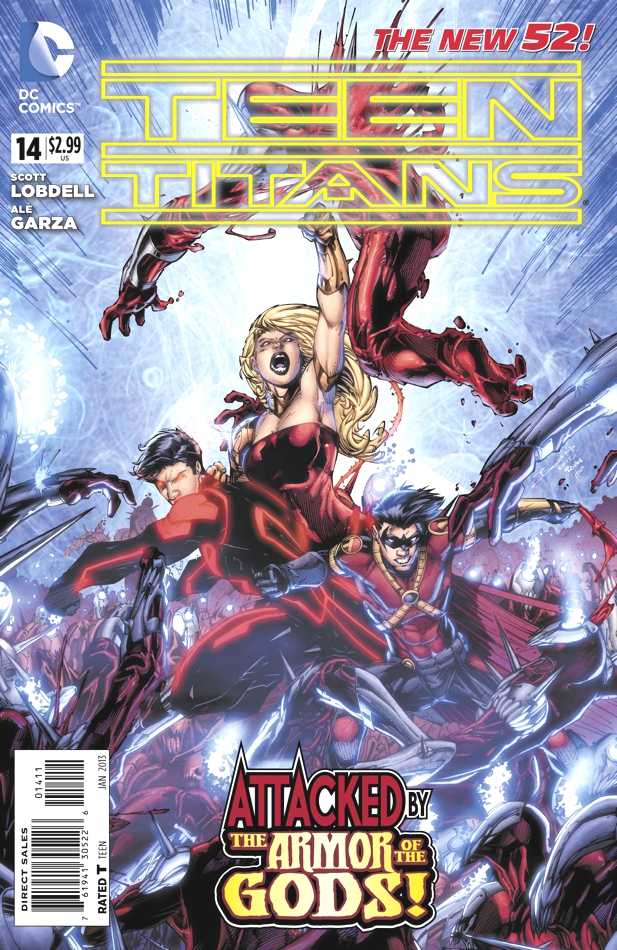 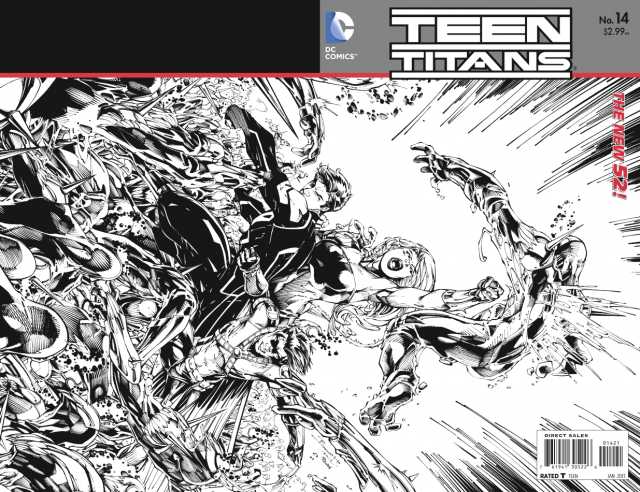