the_mighty_monarch's Talon #8 - Don't be Afraid of the Dark review

I've seen very mixed reactions to the artist switch here. Personally one of my biggest problems with it is simply the fact that it's a DRASTIC change from Guillem March. But honestly, I thought March was perfect for the series. He didn't always seem to bring his A-Game, but I was waiting for it to come. March completely blew my mind when he did art for Azrael, the perfect balance of bright colors contrasting heavily with the dark tone to create a beautifully unnerving atmosphere. It was a masterpiece on Azrael, and Talon definitely shares a lot of similarities in the basic premise and tone. But e never really seemed to reach the same level on Talon and now I guess he never will. Even though he never reached that point, his art still worked incredibly well for the series, and I'm not sure I feel the same way about Miguel Sepulveda. I mean, yes, he definitely captures the dark turn of the story with his heavy shadows and creepy details; but I guess I admired the more unique contrast over a more straightforward matching style. Maybe I just really miss Azrael. I can't complain too much about Sepulveda's artwork aside from it being such a huge change, although the way he draws The Butcher is pretty off. I mean, yeah he's a big guy, but the way Sepulveda draws him, his proportions are so excessive it's a bit goofy. He's stupidly big, and his hands are the size of a small child and bigger than his own head. That's just dumb and definitely not in line with how he's been depicted before.

If you notice, this is a big issue for Talon, and it might be a reason for having an artist change because of how significant this issue is. Not only did Talon die last issue, after some major revelations that completely changed the direction of the story, but this issue has James Tynion IV let off his leash. Scott Snyder is no longer co-writing/moderating, Tynion is free to write this series solo finally. And this issue really captures that sense of new freedom, being let off the leash, with drastic changes. The series played it safe at times, but now it's not holding back. Calvin Rose's worst fear has been realized, he is once again a puppet of The Court, one of the resurrected undead Talons. While on the surface level this seems to create a lessened tension, it actually holds much deeper potential, as Calvin is forced to accept that he is trapped in an inescapable trap. He broke out of every physical trap, so The Court got him in a psychological one with far too many layers. There's a lot of potential for heavier emotional exploration, some of which is already begun here, that outweighs the reduced tension for general fight threats. It's a lot like the recent issues of Suicide Squad with the Samsara Serum.

It was fairly obvious what would need to happen for this series to continue after last issue's crazy ending, but it doesn't make the journey there any less intense and grippingly dark. It was heartbreaking, in a good way, to see Calvin lose so completely at everything he's been living his life for, bowing by choice to jeers of The Court, ecstatic at his humiliation. I'm really bummed to see Guillem March gone, but Tynion's definitely taking off as his own writer here.

Other reviews for Talon #8 - Don't be Afraid of the Dark

Don't Be Afraid of the DarkTalon has been on a whirlwind adventure all of which leads him...to the grave, or so it would seem. Bane snapped his neck in the last issue, and he appeared dead in the preview as well, so will he be resurrected as a talon or has he managed to cheat death completely. Only reading will tell.Click Here To See This Review with Images. Does Talon #8 deliver another excellent issue or is this where the series finally falls apart?In this issue, Casey Washington is captured a... 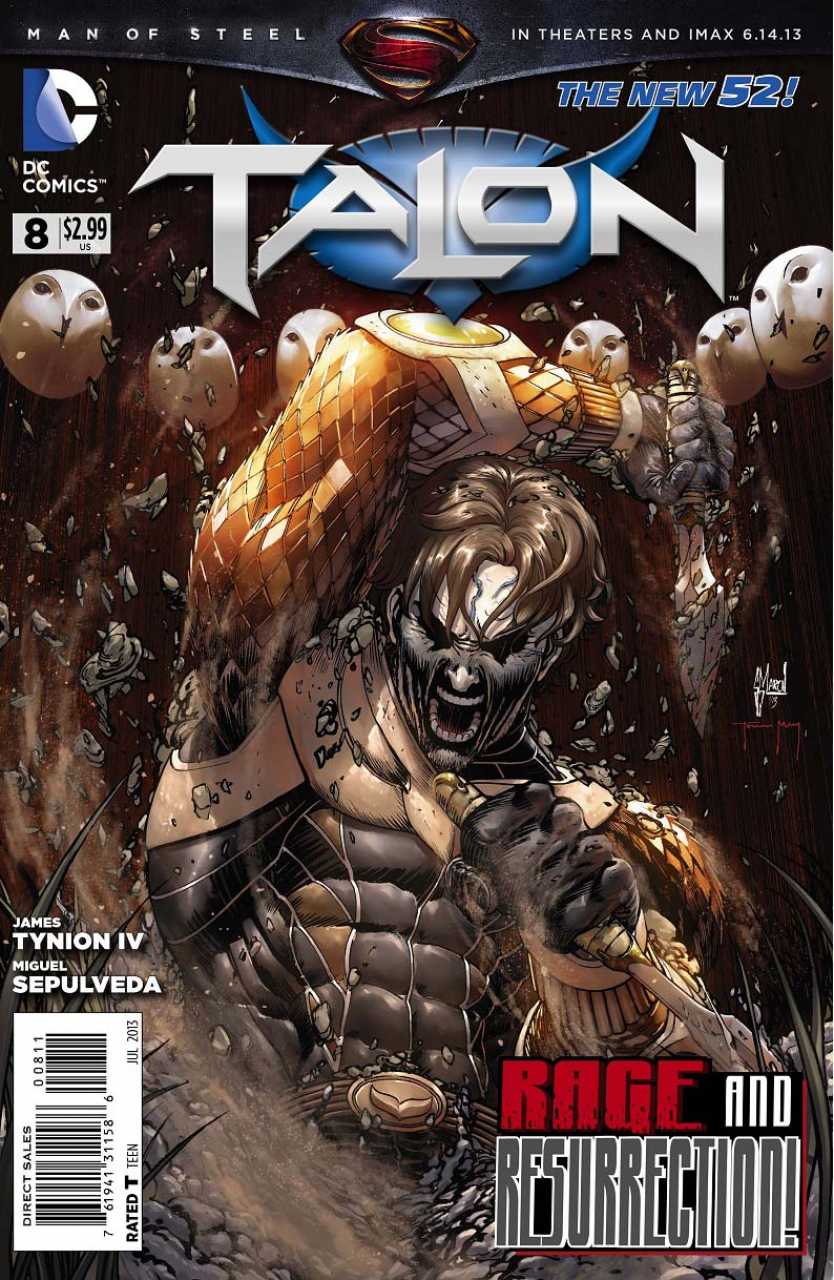 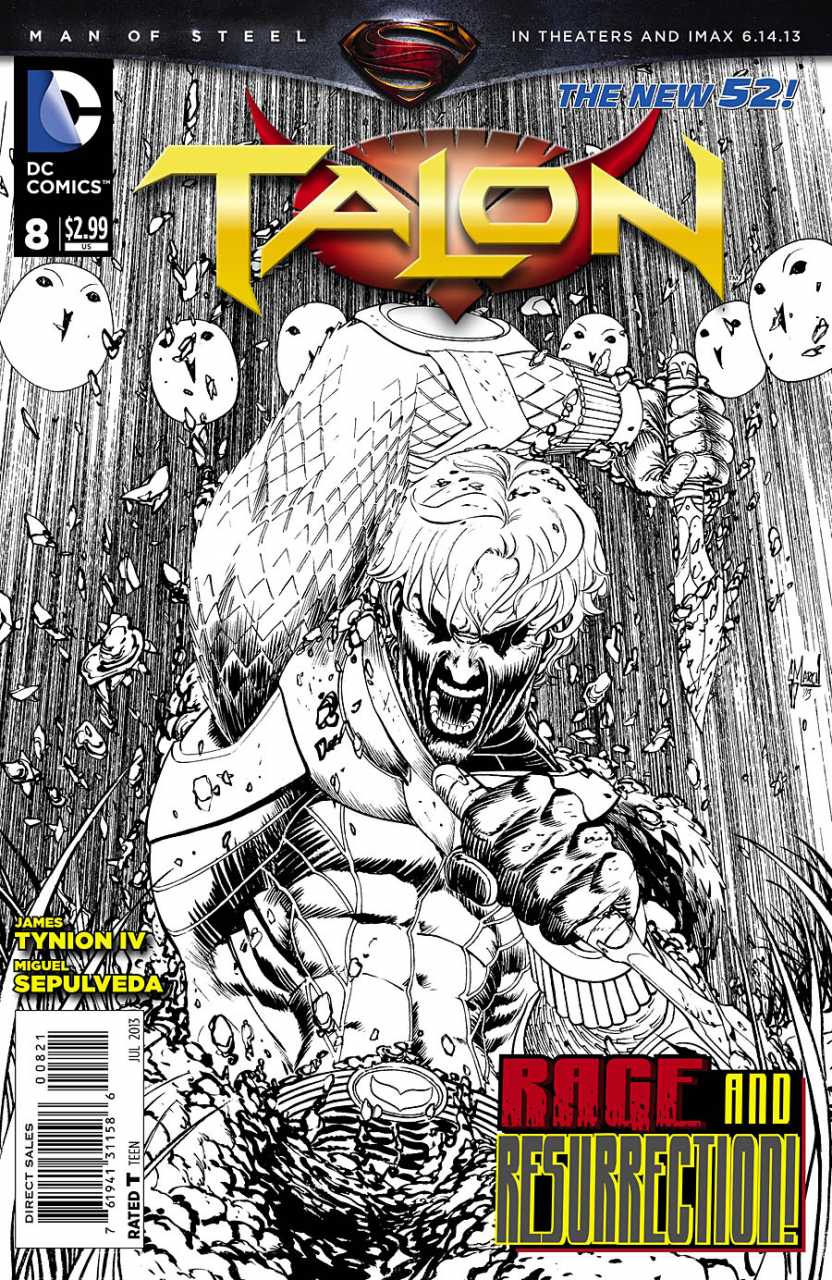