I've really been enjoying Talon. So far, there has not been a bad issue. There have not been some less than stellar issues, but all of them have been at least fairly good, and some, like last month's have been great. A lot happened in Talon #3 with Calvin reuniting with his old girlfriend and tangling with a crew of ex-villains before coming face to face with a talon awakened just for the sole purpose of killing Calvin Rose. Does this issue deliver another high quality tale, or does this series plummet to an untimely demise?

In this issue, everything goes wrong for Talon and his crew as Calvin faces down with a monstrous threat.

This issue is almost all action, so it is fortunate that the actions is high quality. This new villain, Felix Harmon, is a formidable threat boasting amazing strength and bulk advantages over Calvin while also having a significant intellect to go along with his physical threat. The art department does a great job of conveying the action making you feel every broken and dislocated bone as Talon gets thrown around like a rag doll.

I actually find it kind of refreshing that Talon is not an expert fighter. The physical accomplishments of many heroes, especially Batman, make most heroes a nearly unstoppable fighting force, but Calvin, though formidable, is not somebody who can win in a straight up battle between this hulking behemoth. I enjoy that Calvin has to engage in the occasional “tactical withdraw” and use his brains to overcome an enemy.

Casey's crew also engages in a brief battle with a talon, and though brief, it is also quite satisfying.

I don't think I have any more major points, but I do have several minor points, so I'll do this Bat Dropping style.

1. Though I enjoy Felix Harmon as a physical and mental threat, his dialogue was almost completely bargain bin villain material. If he is going to be Talon's arch nemesis, he really needs some character development beyond, “I want to eat your spleen!” ...not that he ever actually said that.

2. Though I generally like the art in this book, I think they are trying too hard to make Sebastian Clark look like an owl. He almost looks cartoonish.

3. I love the panel on page nine where Calvin gets knocked over the sign. I don't know why, but that really stuck with me.

4. If he does not turn out to be evil, perhaps Sebastian Clark can become the new Oracle for the DCU. He seems to have the skills.

5. I enjoy action as much as the next guy, but this issue was pretty much rush, rush, rush without much time for character development, and that is always a little disappointing.

6. Casey Washington is still a very admirable character. It is nice to see a female lead who is not a physical threat but is still quite heroic in her own way.

It's another solid issue of Talon though not quite as good as last week's due to the overly long fight with the one note villain. Still, there are a lot of things happening with this series, and there is a lot more to love than hate. If you have enjoyed the series so far, pick up this issue and enjoy.

Other reviews for Talon #4 - Nightmares

PREFACEFirst off, ignore the solicit info. It is most likely mixed up with a different issue and will only confuse you if you think about it. But, the bank heist continues and Calvin Rose realizes that Felix Harman aka the Gotham Ripper is a tougher foe than he realizes. Not only must he save himself, but his new friends along with his main reason for survival Casey and Sarah Washington, but on to the review.PLOT:Literally we start where last issue ended. Calvin is in the grasps of one of, if no... 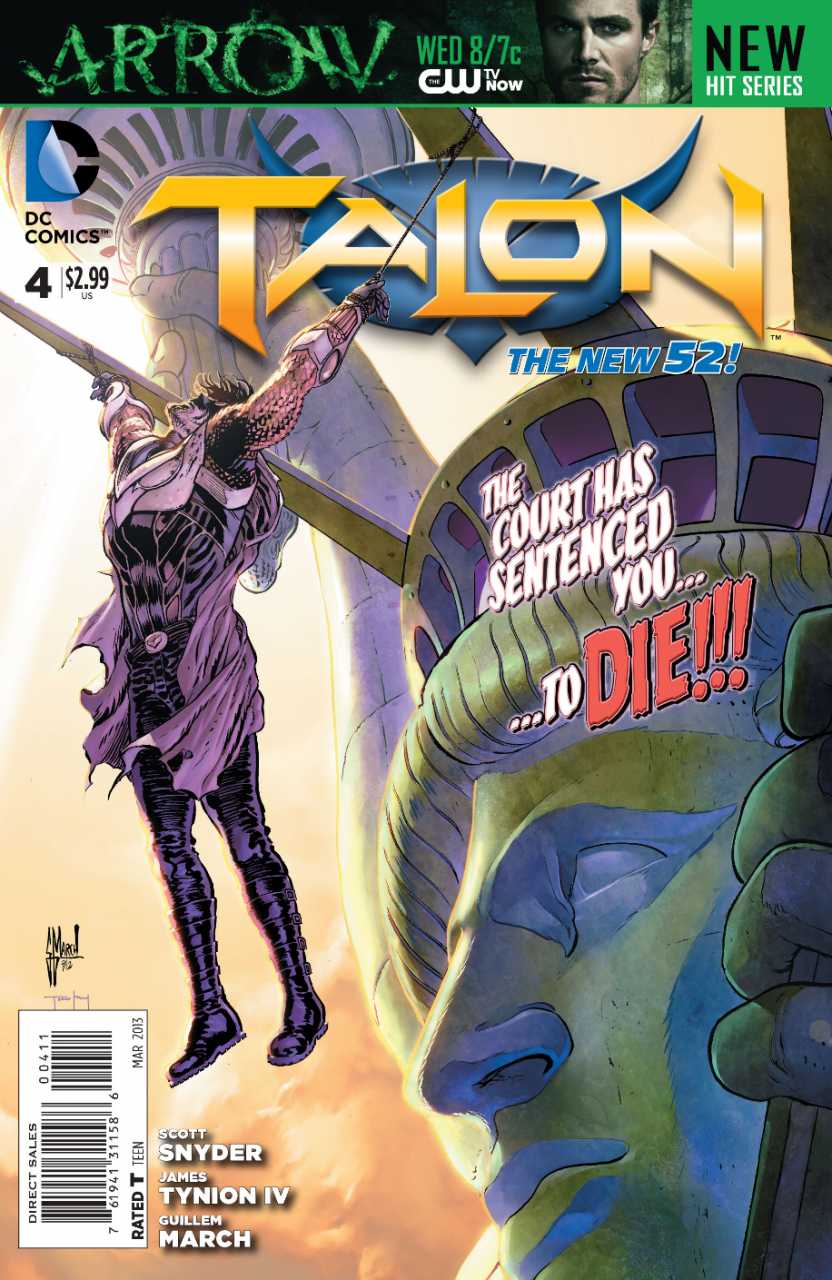 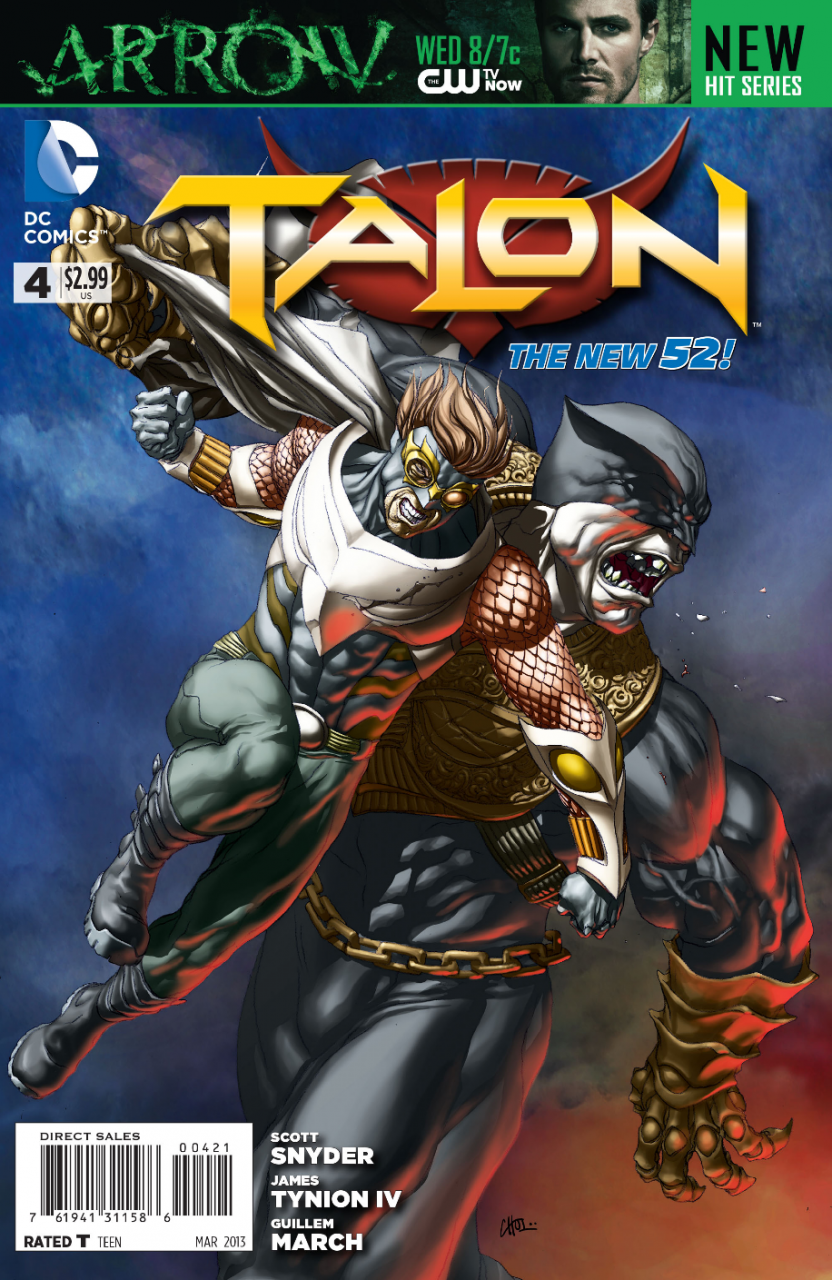 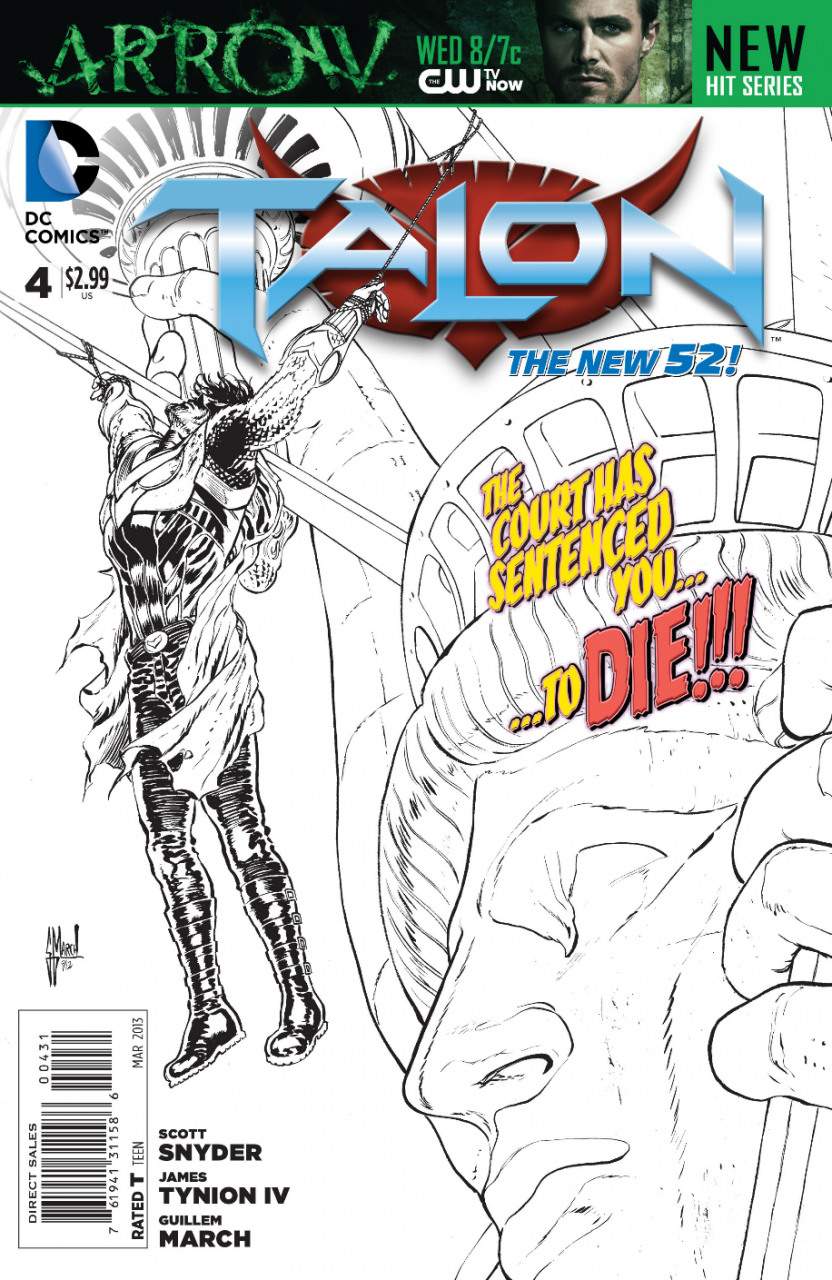