batwatch's Talon #3 - Sting of the Past review

Sting of the Past

The last issue of Talon left something to be desired. It was okay, but there was much that held it back from greatness chief among them a poorly drawn scene s which did not make the flow of the action clear. Still, Calving Rose is a promising protagonist in my eyes, and I have high hopes for his series. Does this issue maintain the status quo or bring Talon to new heights?

In this issue, Calvin travels to NYC to meet up with his friend Casey Washington and get her to safety, but Calvin runs into some villains, and it soon become clear that Casey has her own plans which do not include leaving New York.

James Tynion IV, the author of Talon, said in an interview that Casey is one of his favorite characters he has ever created, and I agree that she is fascinating. She obviously has strong feelings for Calvin, yet she has her own mind and she is a proactive hero in her own way though I will not elaborate on that and ruin the surprise. It is rare to see a non-spandex wearing female in a comic who does more than play the victim, and I enjoyed seeing that Casey doesn't fit the typical mold. Casey seems to play things smart, and she does not guilt trip Calvin near as much as she could for leaving her. This is a character I can greatly respect, and unlike most super heroines, she manages to act reasonably and heroically while wearing clothes.

I complained a lot about the art in the previous issue. The problem was not that it looked ugly but that it was hard to follow in spots. In this issue, Guillem March takes over the primary artistic responsibilities, and he does an excellent job. I had no problem following anything that happened in this issue, and it all looked beautiful. His colors are especially rich. I hope that March stays on this title for a long time.

The Secret Society of Ex-Super Villains

(Spoiler) I really enjoy the idea of Casey's underground railroad for super villains. This could actually spin off to be a really exciting series in and of itself, and I hope Tynion does not plan on having this new and creative idea simply destroyed by the Court of Owls. Casey obviously hoped that Calvin would join their ranks, but I have a feeling the Court will be claiming too much of his attention. Still, I have said that I hope Talon becomes more than just Calvin vs. the Court, and this home for wayward thugs could provide just that.

This issue gets Talon rolling back on track, and I greatly look forward to the next issue. If I had to make any complaint, I would say that it would be nice to have seen a tad less action and a tad more exposition since there were so many great plot element in play, yet with action as satisfying as what was present in this issue, I can't really complain.

Other reviews for Talon #3 - Sting of the Past

THE GOODSurprisingly, the best thing about this issue and previous ones is the art. Guillem March is doing great things here, and I'm very excited to see more of what he has in store for the world of Calvin Rose and Co. I really like how he makes the faces of the varying characters to look like that of owls. He also instills a certain level of creepiness and menace to the Talon introduced in this issue, which is something he's done with the other Talons in this series, and is something that I'm ... 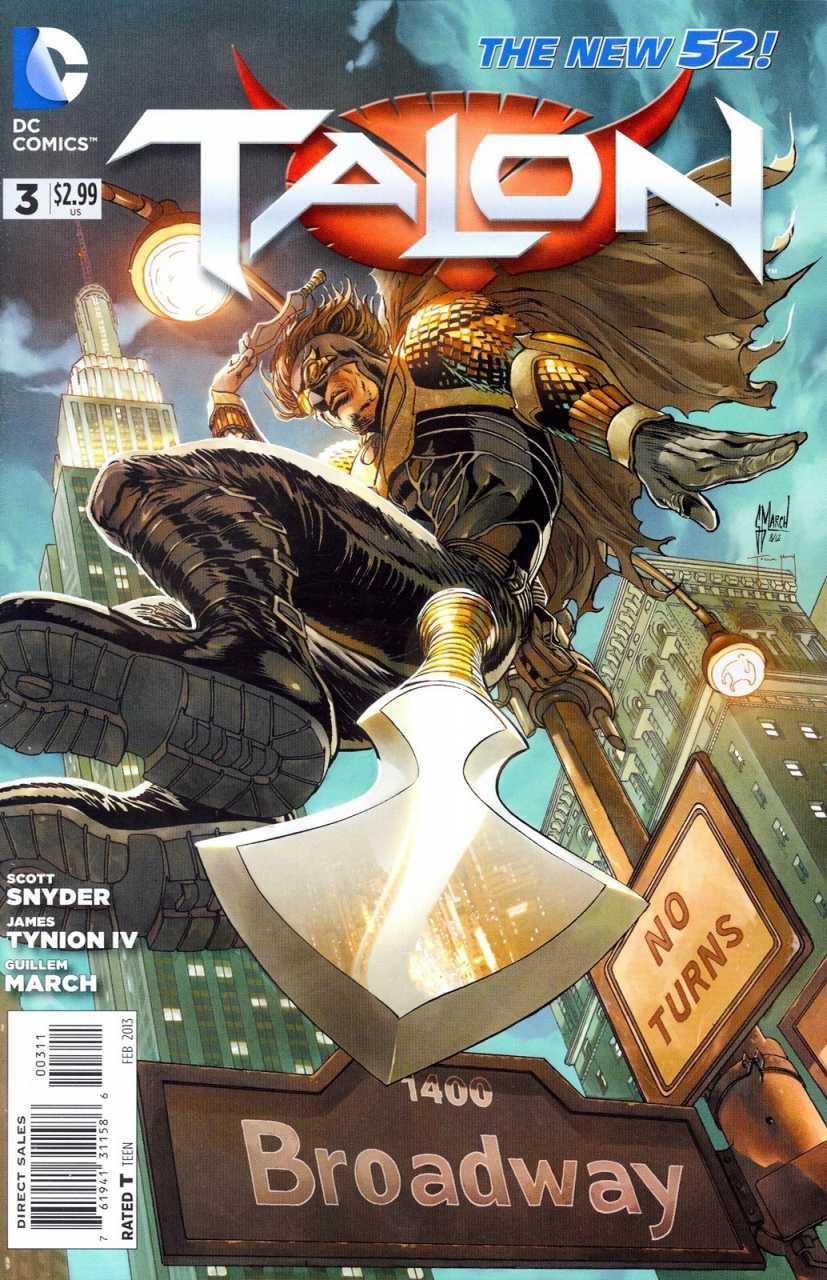 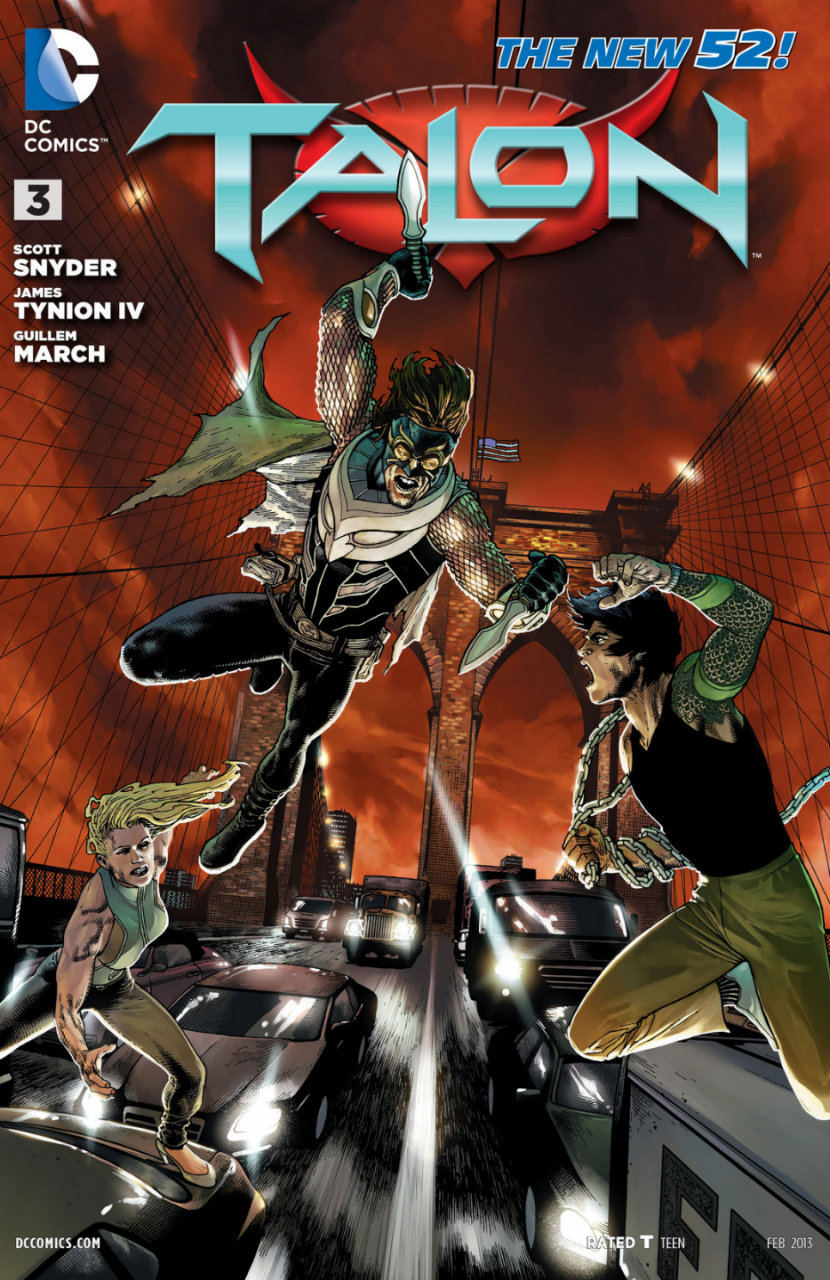 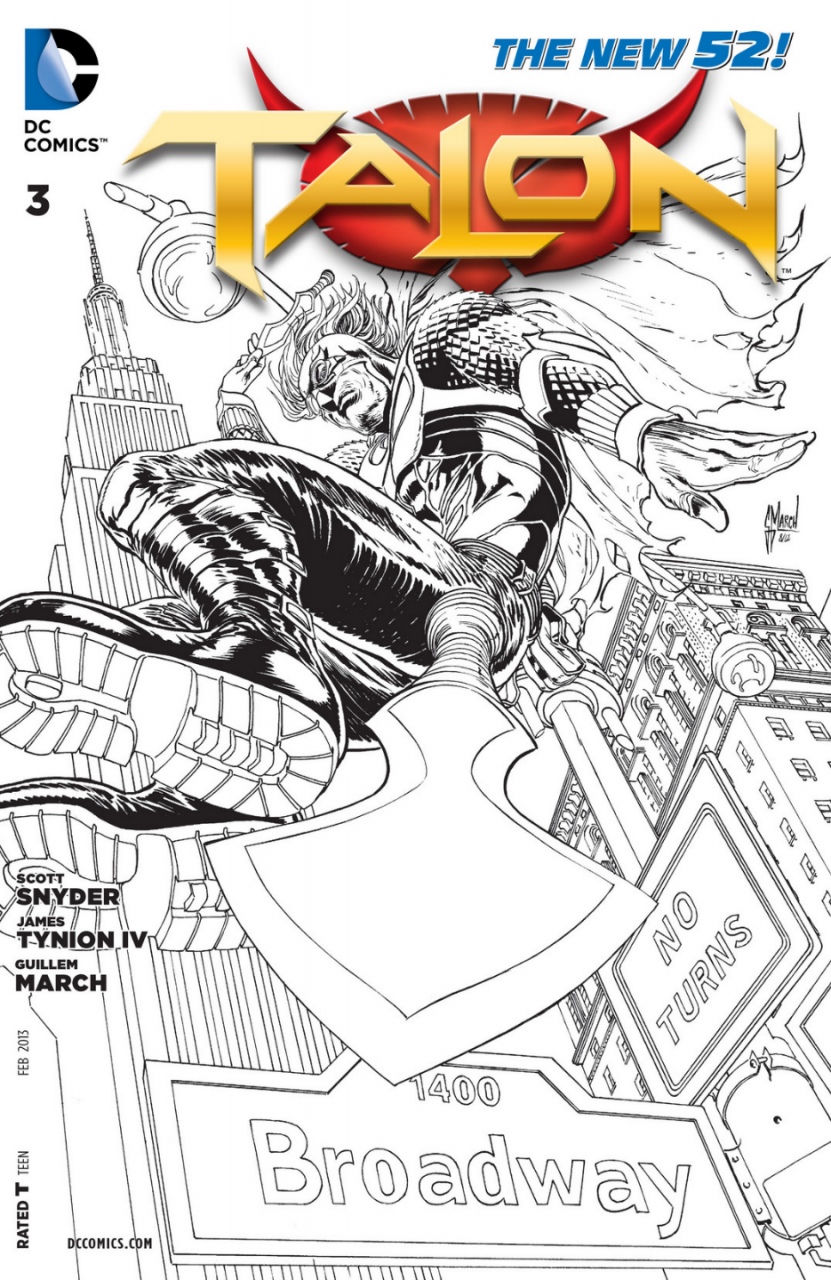