Back To The Basics!

Geoff John's take on the origin of the Man of Steel is an action-packed, back to the basics story that unravels why Superman is a timeless,everlasting hero!

Geoff Johns has already proven that he understands the world of superman in his excellent Action Comics run.

His take on the origin of the clasic hero mends perfectly with the character's latest adventures. Through the pages of this book we see how Clark was raised,his first contact with the legion of the super heroes (a very important part of Superman's past that had been forgotten ),his first days in Metropolis and the changes he brought with him,his rivalry with Lex Luthor and a huge cast of supporting character that will affect his future!

Gary Frank is one of the best Superman artists of the decade.His bright art and humble tribute to the late Christopher Reeve won the reader's heart.Also his previous collaborations with Geoff Johns gave him a great advantage in presenting the character.

If you are looking for deeper meanings or puzzling dialogues this isn't your book.Geoff John's keeps things simple with a straight forward super-hero story that returns the character to his timeless elements.Also the story seems disconnected and you get the feeling that this story is a forced re-telling of the origin of superman just to tie better with Johns run on Action Comics.

Feel free to express any complaints in the comment section below!

Superboy to Superman: Smallville to Metropolis 0

As of late I've been in a real Superman mood, and ever since watching Man of Steel I've been going through some of my favourite Superman stories, having already read, and reviewed Superman Earth One Volume One, and Volume Two (links to reviews).PlotGrowing up in Smallville Clark Kent learns that he's not from this world, and after a while embraces this, vowing to help wherever he can. Once grown up Clark moves to Metropolis, where former Smallville acquaintance Lex Luthor rules, and when Clark r...

An Interesting Take On Superman 0

The Story:A new original origin story about Superman written by Geoff Johns and penciled by Gary Frank. My Thoughts: One of the most popular origin stories ever created, even among non-comic readers is that of Superman's. Geoff Johns scripts an original, imaginative origin story about arguably the most iconic comic book character in history. No easy feat for any comic writer. But Geoff Johns rises to the occasion delivering a bold, intriguing and and ambitious story rich in depth and quality. Th... 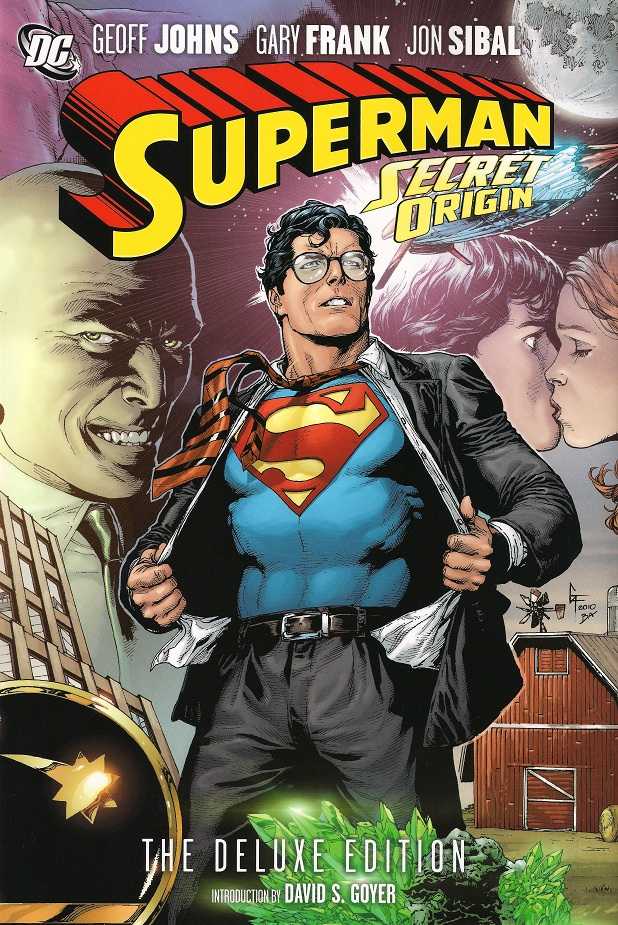