I have not been silent concerning my dissatisfaction with the "Grounded" storyline, and this issue was one of the worst yet. I actually started to enjoy the series a bit more since Chris Roberson took scripting over from Straczynski (and brought a lot of superhero cameos with him), but the story has lost a bit of continuity. The last Grounded chapter seemed to end on a positive note in Superman #711. Supes seemed proud that he was able to solve the Livewire problem by turning her to the forces of good rather than madness and destruction. However, we begin issue #713 with Superman convinced that the world would be better without him. He decides to pull a "Spider-Man No More" and leave his costumed identity behind so he can help people in secret as Clark Kent. Why he's STILL harping on this whole "the world would be better without me" attitude after being given great examples of how his legacy has only made the world better by the Flash, Batman, and a legion of Supermen from the future is puzzling. What is Superman's motivation for quitting? We're told depression just as we've been told throughout this second half of "Grounded." My guess is it's really stemming from a lack of ideas in this floundering storyline.

My favorite part of the story came when Clark Kent is sitting in a Seattle coffee shop that suspiciously looks like Starbucks writing an article about how the world would be better off without a Superman. That's when the real hero of this story, a Superman fanatic who looks suspiciously like former Superman writer Elliot S! Maggin, waltzes in and gives Clark all the reasons there must be a Superman. He does this by taking Clark to the streets and asking normal people what they think about the negative connotations Clark (and many real-life critics) attach to the character of Superman. Each person they approach gives a compelling argument for how Superman is a positive and necessary influence for the world. As a philosophy paper, this story isn't half bad and does a pretty good job reviewing a lot of the superhero arguments we face in the post-modern world. However, this was a lot of telling over showing just as much of "Grounded" has been. It also reviewed many of the arguments and messages we've already gone over in "Grounded" thus far (not to mention in modern age comics as a whole). It was also pretty boring. Most of the action was Clark Kent walking and talking with this man who looked an awful lot like Maggin. This was not an engaging way to get ANY point across. This was just more of the same half-hearted philosophy that we've seen again and again from "Grounded."

The art was competent but forgettable considering not much of consequence went on. The story ended on a cliff-hanger as Lois has been taken hostage by the mysterious, Kryptonian-empowered woman who's been stalking Superman throughout the story. We've been promised "Grounded" will reach its grand finale next month, and I can't wait for this to be over. "Grounded" has been one of the most boring storylines that has ever waxed-philosophic in the Modern Age. JMS even knew it was so bad that he gave scripting duties to another writer and there have still been delays and awkward fill-in issues (the G. Willow Wilson stories and the "lost" Kurt Busiek Krypto story). Giving Straczynski this title when he was obviously more interested in writing his self-contained graphic novels was one of the worst decisions DC has made for Superman in the modern age. The only thing left to do is wait for the revamp in September and trust that Grant Morrison will fix everything in Action Comics.
Load Comments 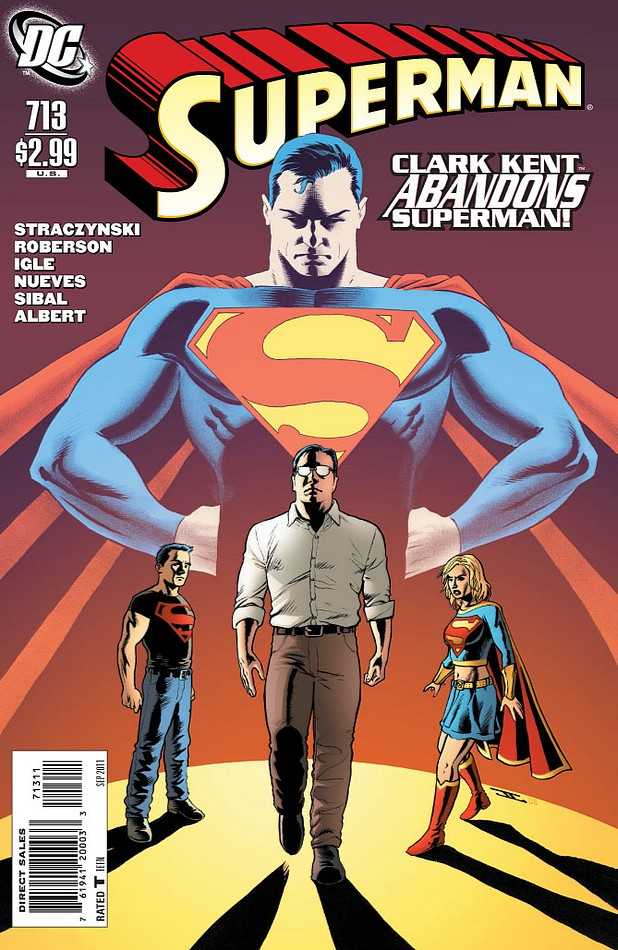 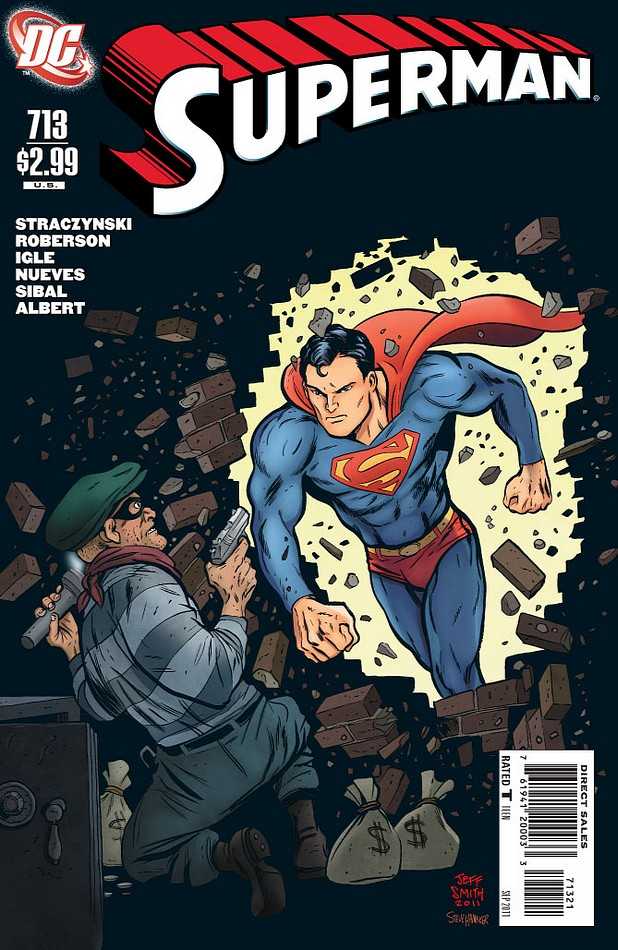