EDIT: For those wondering why this issue got 2 stars instead of 3 even though I rated it 2.5. It was because of the cover price and the vine doesn't allow halves.

Now let me say this. I love Geoff Johns, when I learned he will tackle Superman for a second time, it was like I became five years old again and just got a new Game Boy.

I really hadn't any major gripes against Johns story except the slow pace and maybe the predictable direction it took in issue 36. But this issue,oh god, this issue was just sloopy, rushed and rediculous at some points. If it was a video game it would be Assasin's Creed: Unity, with the only difference been that AC: Unity was even worse...anyway, lets cut to the chase:

The issue wasn't completely horrible, I felt the few pages of dialogue between the characters continued to be strong and personal. Ulysses is still likeable even after the reveal of issue 36. We finally get our first look into the fourth dimension and we saw some very good spreads by JRJR's hands...and thats about it when it comes to the good stuff.

Unfortunately this issue was completely different from the motif Johns and JRJR have set by now. While the previous issues were slow paced, the character interactions, consistent art and solid plot kept it interesting but this issue was exactly the opposite. The character interactions were pretty much the part covered by the previews, the art was inconsistent and you could see the quality dropping during the second half of the book. But my main problem is with the plot. Up to now the plot was slow but strong and stable, nothing incredible but definitely enjoyable. This issue was rushed. More things happened in this issue than the last three issues combined. And it's not only that it was rushed but it was sloppy too. We don't get a good look on the fourth dimension and the moment we are introduced to the world it explodes. And it's not only that, but the reason it explodes is so messy and poorly conceved as the reason the fourth worlders need the humans. Yes the beings with multi-dimensional travel technology need the humans so they can...dump them into a "furnace" ( and a furnace that has slides for humans to fall from, okay thats a detail but it is rediculous). Seriously? So many good concepts to draw from, a furnace was the best solution? You could make the solution to be about the 4th Worlders need for slaves, to keep alive their underground invisible worker class, which would actually parallel to real life problems! A furnace is really the best idea Johns had? *Sigh* Anyway after that "reveal" we get a predictable change of heart from Ulysses that only gets negated by the end of the issue when Superman and Ulysses by mistake...BLOW UP THE PLANET! What? How? How does stealing a ship's energy core and it falling on the ground make the planet blow up, does earth get slowly destroyed every time I drop my phone? Oh God, if yes, then I am a monster! And why does it even blow up? Due to lack of energy the planet should just dry and wither. And really there wasn't any real reason behind it as to make Ulysses change sides AGAIN. I have to say that last part was nipticking but the execution was so rushed, we literally went from introduction to death into 10 pages, the only thing that would make this issue more rediculous would be if the 4th world was cut into pieces and was stuffed into a fridge.

All in all I am mostly disappointed by the lack of imagination in the plot and the poor storytelling, I feel that if DC didn't go for a new year relaunch for the Superman title(with relaunch I mean the new power and suit for Supes) then I think this arc could be more balanced in terms of pace, but even with that in mind I am disappointed in Johns a writer who has a very good record when it comes to Supes. Anyway the next issue is the last issue of the first arc, so Johns has 40 pages to make me forget about this rushed and mediocre issue. I am really looking forward to the next issue though, but not because of the art or the story but because I want to see how will the status quo change and of course Superman's new power and costume!

I give this issue:

Other reviews for Superman #37 - The Men of Tomorrow, Chapter Six: The Great World 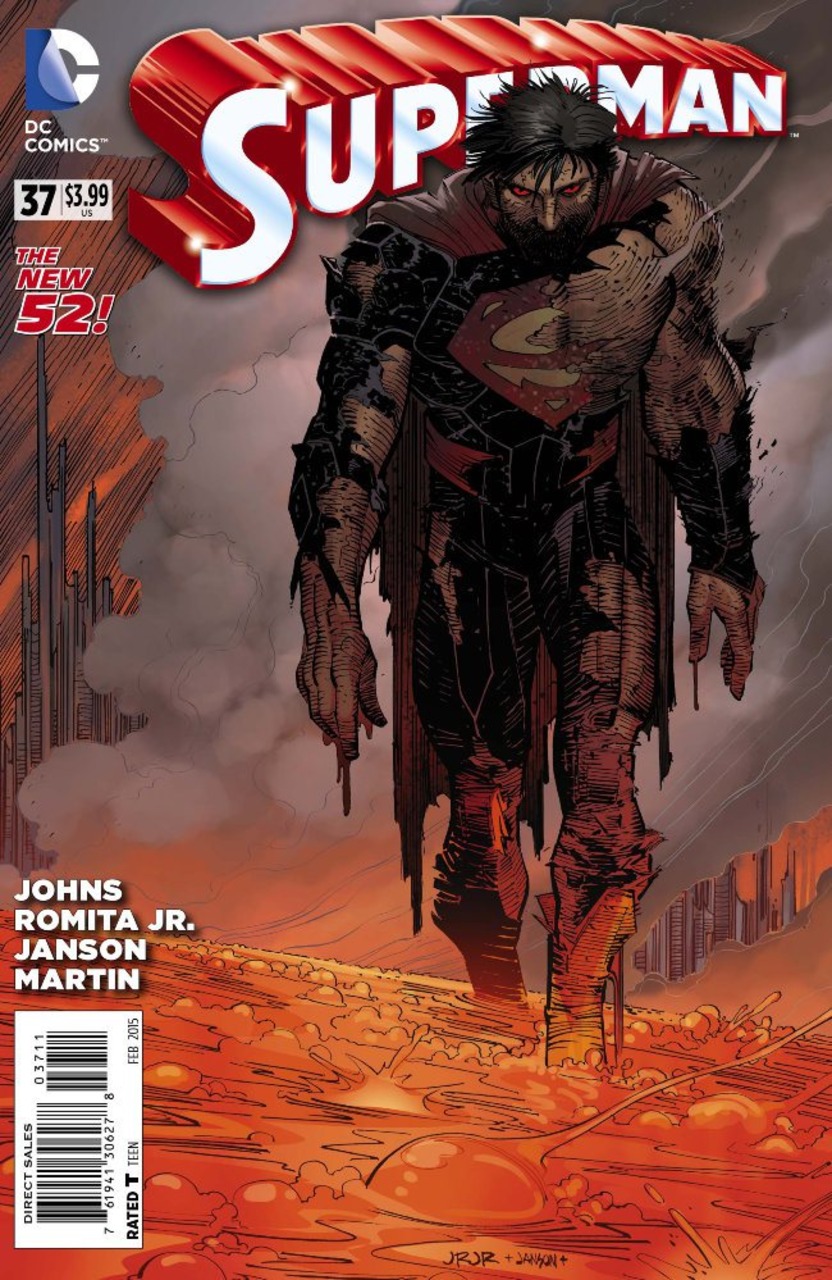 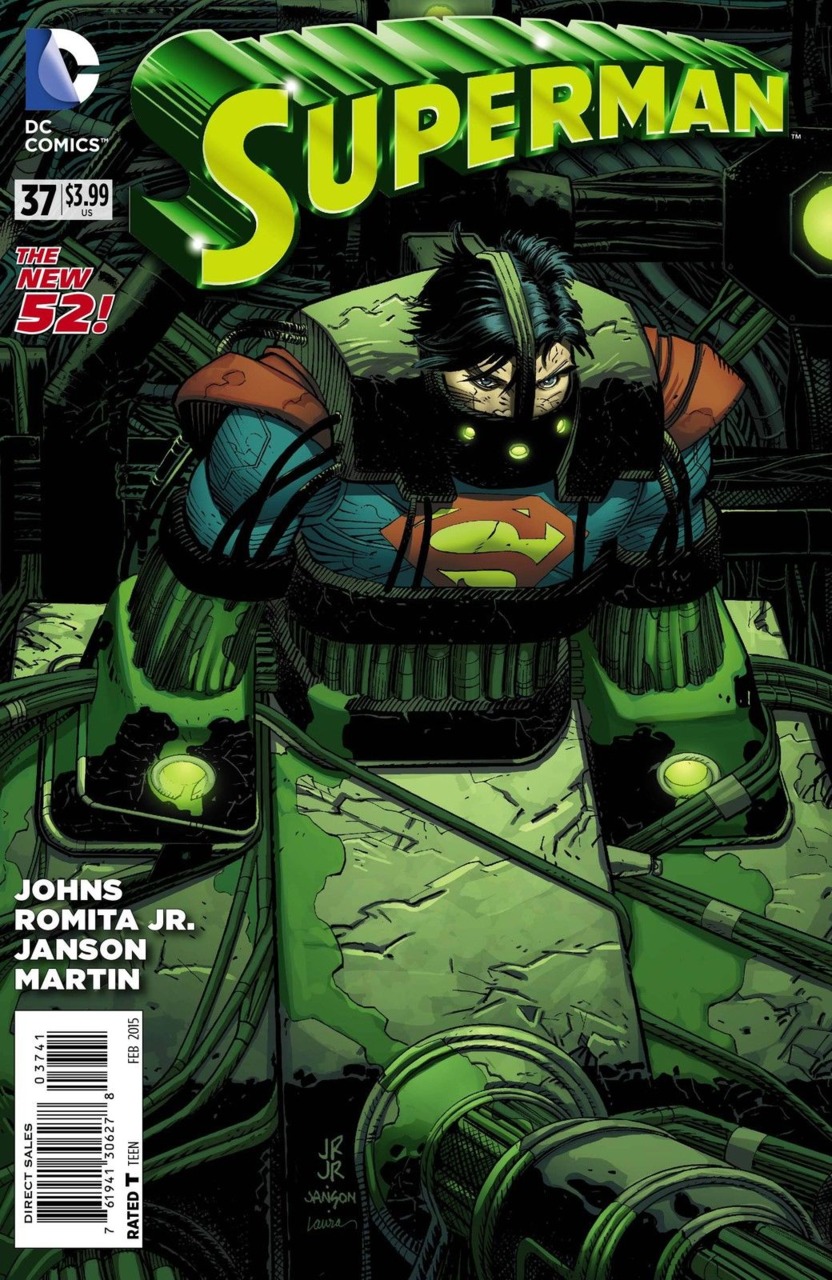 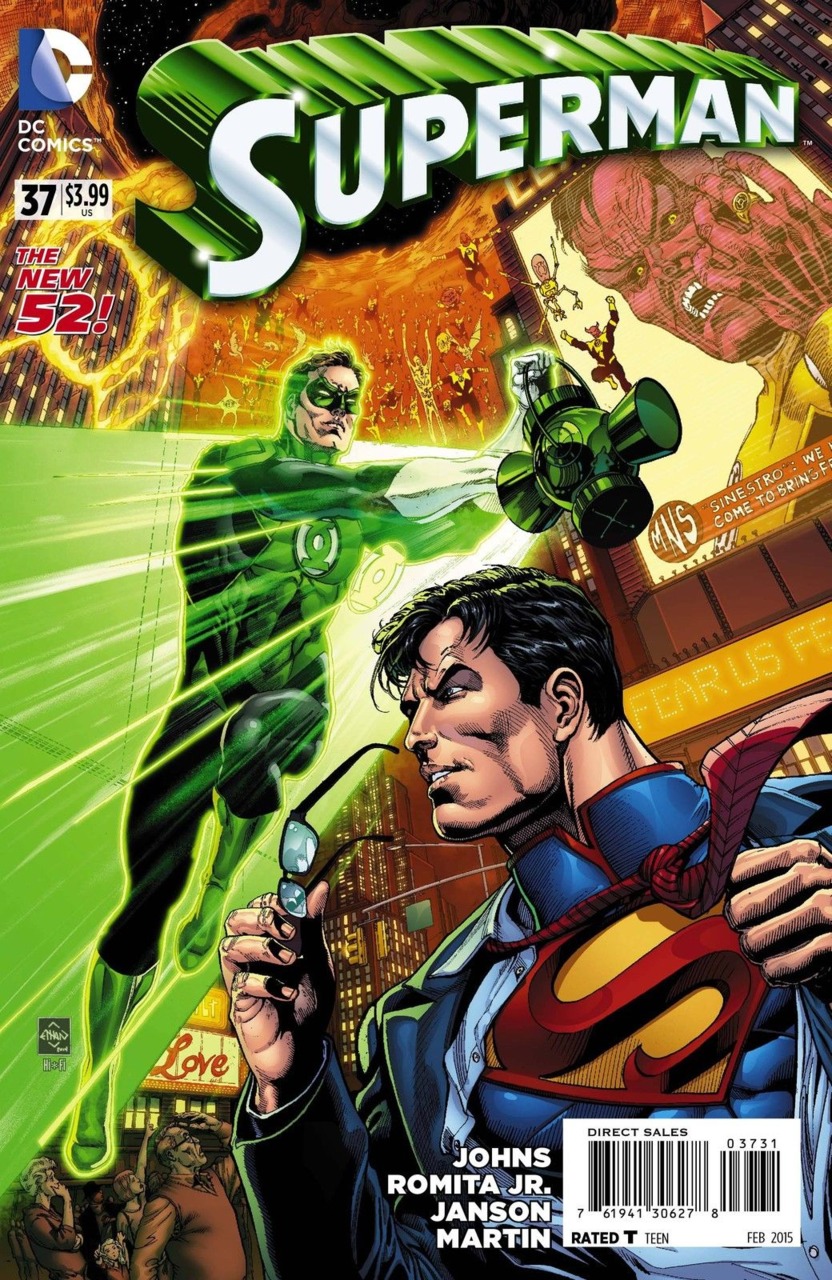 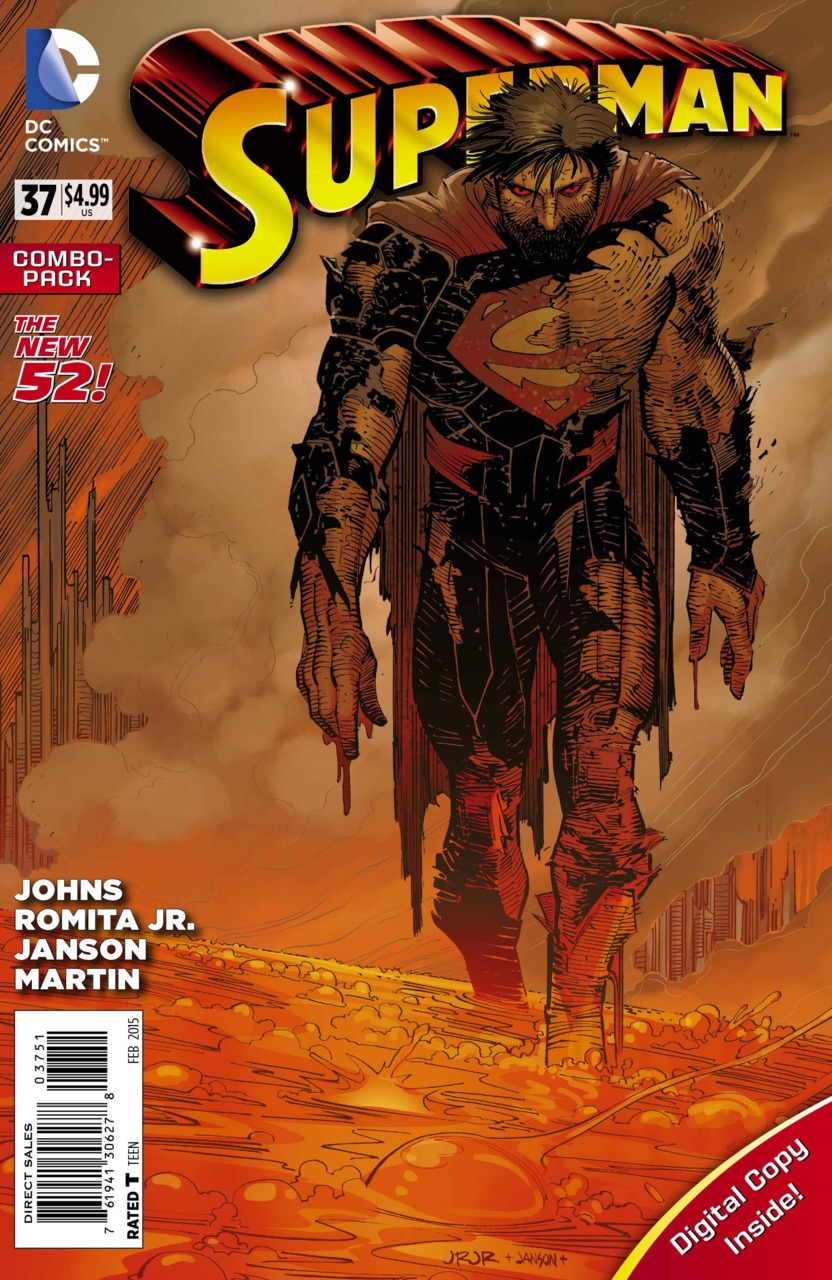 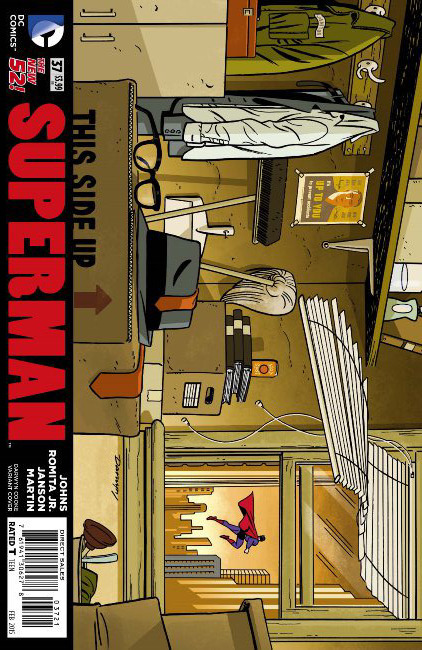