Visitor for a Mr. Luthor

Since Scott Lobdell, and Kenneth Rocafort took over as the creative team on this series it has been a lot better than it had been, and I am happy that Superman is once again a respectable series. The H'el on Earth storyline itself has also been very decent, and I love that you can enjoy any of these series' without reading the others (and not getting confused), whilst also getting a much more enjoying experience reading the entire crossover event.

This issue sees Superman, and Superboy locked out of the Fortress of Solitude by H'el. Superman and Superboy then head to a prison to visit it's sole prisoner, Lex Luthor.

This was another decent issue in the H'el on Earth crossover, but I felt that it was a bit slow, and not as good as the previous issue. It also didn't really feel like it was fully connected to the crossover, as besides it being the center of most of the conversations it didn't really move the story forward. I still think that Lobdell did a decent job, and it is still miles better than the series was prior to him joining. Although it felt slightly forced I liked the involvement of Lex Luthor in this issue, and think that Lobdell wrote him very well, although I'll talk more about that later. Although it didn't move the story any further forward, I did like that it was still mentioned, and that it eventually set-up the next part of H'el on Earth brilliantly, whether it's this series, or the others.

The art was once again fabulous, and Rocafort did an amazing job. It's been a long time since Superman has had a mind-blowingly brilliant artist, and I'm, happy it has one, once more. It doesn't matter what Rocafort draws, it always looks beautiful, and I really think he could jump on any series, and make it look good, and he proves why in this issue, drawing all the characters brilliantly, as well as the backgrounds, and settings. I loved Rocafort's art on Red Hood and the Outlaws, but I feel that he's much more suited on this series, as despite his work on RHATO being fantastic, his art on this series makes it look average. I also loved that when he draws Superman and Superboy next to each other that Superboy actually looks like a boy. It's weird saying that this was a surprise, but due to the settings Superboy has been in so far in the New 52, as well as the characters he's interacted with it's easy to forget that he's meant to look young, but Rocafort show's it perfectly here.

I loved the way Superman, and Superboy interacted throughout this issue, as it really shows the differences in their characteristics. Although it wasn't mentioned much, if at all, it was still noticeable that Superboy being a clone drove their feelings for each other. It was interesting to see what Superboy thought of Superman throughout this issue, as he was appreciative for Superman twice saving his life, but made it clear that he wasn't invested in Superman's affairs, or his family (Supergirl). I also liked that Superman was wary of Superboy, due to him being a clone, and that he wanted to keep him near by, for the foreseeable future. The most interesting conversation between Superman, and Superboy was when Superboy asked Superman if he wanted the help of the Teen Titans. The thing that was interesting about this was that Superman wasn't fond of the idea of a bunch of teenage superhuman's going about unsupervised. I will now be looking forward to seeing when/if Superman will confront the Teen Titans, and what series it will be in.

As I said earlier, I liked the involvement of Lex Luthor, and thought that Lobdell wrote him brilliantly, showing him as the brilliant, self centred, arrogant genius that he is. The thing that I liked the most about this sequence was the interest that Luthor has in Superboy. I've not read all the Superboy series, so I don't know if it's been confirmed that the human part of his DNA was from Luthor, like it was before the New 52, but this meeting shows that this is the case, and that Luthor knows it. If it is the case I will be looking forward to both Superboy's and Superman's reactions to this. The conversation about H'el was also interesting, and I found it especially interesting that despite Luthor being in jail he knew everything that was happening between H'el and Superman. I also liked that at the beginning of this issue, Luthor had built a mini replica of the Fortress of Solitude, reflecting the fact that Superman, and Superboy are locked out of it. I hope that we see Luthor in this series sometime in the future, whether it's in this storyline or not, and hope that it's sooner rather than later.

The Justice League also made an appearance in this issue when Superman calls on them for help. They don't do much, but their appearance alone shows that the upcoming events in this storyline will be epic, whether they're brilliant, or not. I also liked that Lobdell put in a small mention about the Superman/Wonder Woman relationship, which started in Justice League #12, and that it's a secret to the Justice League, although one member knows (Batman). There was also an acknowledgement of this in the last issue, but it was nice to see it mentioned again, especially considering Wonder Woman featured in the issue. This also makes me wonder if there relationship will play any future role in this series, as although Lobdell stated that he wants to focus on Clark, and Lois Lane's relationship, it appears that Superman, and Wonder Woman's might play a role. The main thing I liked about the Justice Leage's appearance was Superboy's reaction to them, especially when he asked Flash if he was Man Flash, due to Kid Flash (who Flash doesn't know of since the events of Flashpoint, and the beginning of the New 52) being on the Teen Titans.

This was a brilliant issue, and although it doesn't progress the H'el on Earth storyline much it was still a fabulous issue. I would highly recommend this issue, as well as the other issues of Superman, Lobdell's wrote, and am looking forward to the next part of H'el on Earth. Although you don't need to buy Superboy #15 to understand this issue, I'd still recommend it, as it shows why Superboy's wearing Superman's Kryptonian Armour, and was a decent comic in it's own right.

Other reviews for Superman #15 - Because I'm a Scorpion

THE GOOD: Kenneth Rocafort isn't a name you would think of drawing a Superman comic, but he blows it out of the park. His style is different from what Superman comics are normally and it creates a new tone that really gives this book something it needs. The paneling also makes the whole thing feel huge in scope and complicated, but in a good way. The story lets down a bit from the fantastic issues in the past, but it's still fun to read. We get to see Superman and Lex Luthor meet and it's an int... 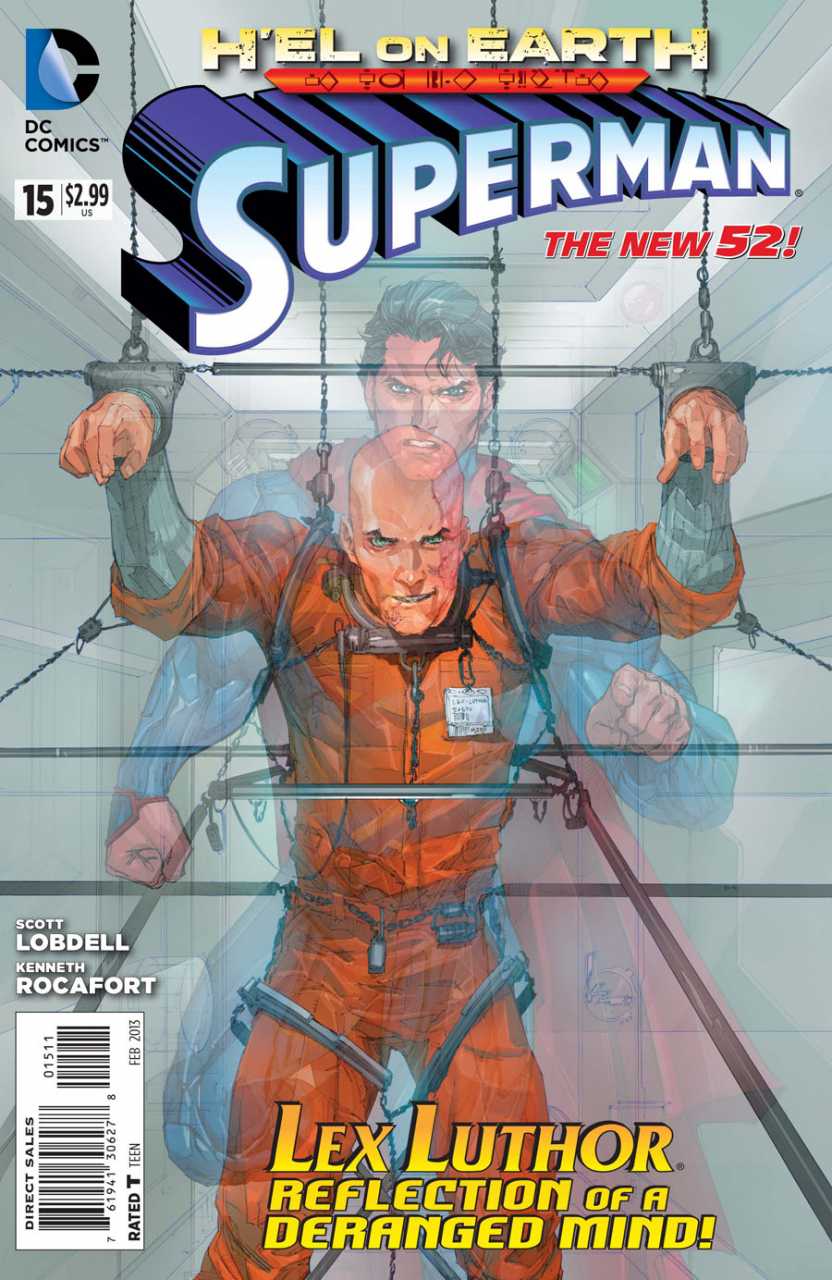 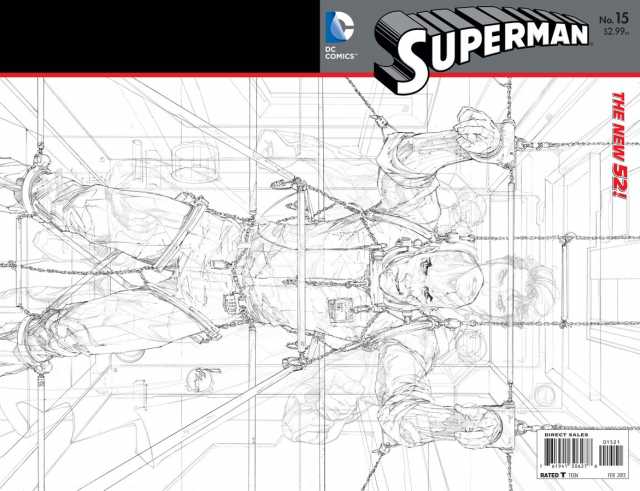