This is one of the few Age of Ultron tie-ins that we are getting for now and this also like Age of Ultron and the Fantastic Four tie-in it was no good.The story just feels not in place and even though the fact that even Gage understands and writes a better Spock the book is still no good for the readers.
From the start I was really confused.We see how Spider-Man is just walking around NYC seeing all of the destruction and just ends up in the heroes hideout where things get even more confusing.It seems this is the first time he gets there but he has already witnessed everything else and the fact that Hawkeye saved him in Age of Ultron #1 seems pointless.And just for the coolness,TOny sends him on a mission to Horizon Labs along with Quicksilver who serves him no purpose.This just seemed out of place and it looked like it was just too forced because the editors wanted a Spider-Man tie-in.
Also the fact how we saw that Spider-Man seems to be Pete,it is said in the beginning that this is Doc Ock and with the development of the issue we see how Gage is getting the character and just knows what direction to take after these catastrophycal events.The book just seems to fit perfectly Gage and if he was writing the actual Superior Spider-Man it would have been way better than him writing this garbage kind of a tie-in.
Tony Stark since the start of Age of Ultron has done so many things that I think he is just standing there because the editors need to have more symbolical Avengers that everybody knows and maybe to show us that they have thought of a new costume for him that isn't an armor and actually sucks a lot.I think with events and tie-ins like this one and the other one for the FF are just ruining the characters and the whole respect people have for the teams and characters that appear.
The artwork of Dexter Soy is the thing that works the best in the book and it is like the rest of the books of Age of Ultron,the art is the best part.His style worked way better on Spider-Man and the rest of the characters that appeared in the issue than Ms. Marvel and everything that was in her book when he was drawing.
I am really glad that this is the only tie-in Marvel is going to offer us that is connected to Spider-Man because these days it is enough that Doctor Octopus is in his body and that Dan Slott doesn't understand what he is doing and we most certainly don't want more of these issues which serve no purpose rather than showing us that other writers can handle Spock way better than Slott.

The Day when the SUPERIOR Fails... 0

Hi, this will be my first review. So I will just state my opinions about this issue. OK, let's get startedwhat i can say about this issue, is that, "This gives a new life for the AGE of ULTRON arc."First, I love the art of this issue.well I think many of you will agree.Next, the settings.this issue is set, in the Ultron city. the destroyed version of what is in the main series. All things are devastated, also the Horizon Lab, which some heroes think, one of the safest place on earth. but not wit... 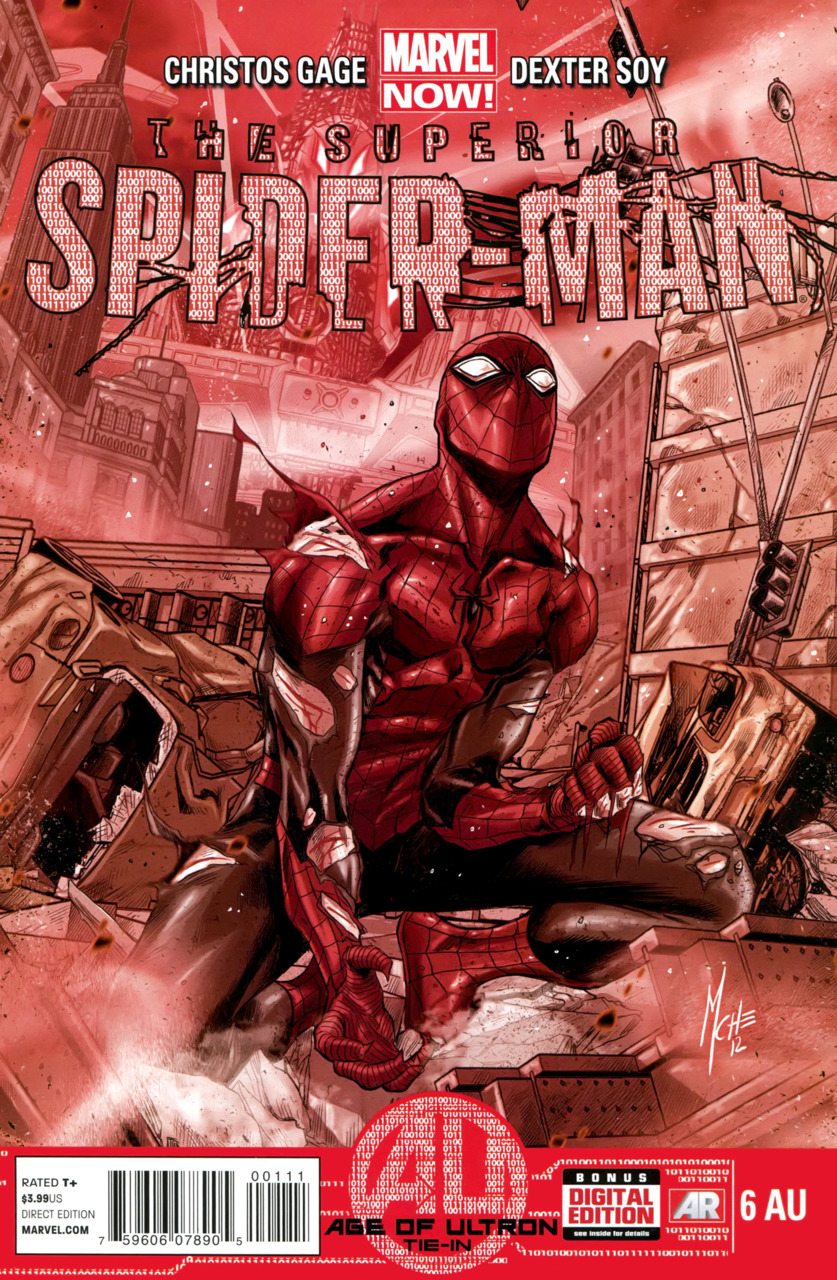