WARNING THIS WILL SPOIL THE AMAZING SPIDER-MAN #700!

After the way The Amazing Spider-Man #700 ended my high hopes for this series lowered dramatically, and I wasn't actually sure what I'd think of it, and was considering not getting it at all. I eventually decided to try this series, with the hope that it would be good, and that Peter would return as Spider-Man sooner rather than later (like I assume most Spider-Man fans who had a similar reaction to ASM #700 did).

This issue wasn't as bad as I dreaded it would be, and I actually quite liked it. Dan Slott did a good job of introducing this new Spider-Man for any new readers who didn't read ASM #700, but I still can't come to terms with Doc Ock as Spider-Man. This is probably the biggest issue I will have with this series for the foreseeable future, and although there'll be some people wanting to see how Slott handles Doc Ock as Spider-Man I won't be one of them. Besides that this was a decent starter issue, and although it wasn't great it eases newer readers into the series, whilst keeping current readers interested. Even if Peter was still Spider-Man I don't think this story would have been any better, but my hope for the future of this series has risen closer to what it originally was prior to ASM #700, especially with the surprise that features in this issue (don't worry I won't spoil it).

The thing I was probably most looking forward to this series was Ryan Stegman doing the art, more so after ASM #700. I've loved his art over the last year or so, and was disappointed when he stopped working on Scarlet Spider. His work on this issue was brilliant, and I really hope he stays on this series for a long time. The way he draws all the characters throughout this issue is brilliant, and the way he draws action sequences is phenomenal. I also love how he knows exactly what to draw in each panel, giving a more dramatic feel to the issue, and making it feel similar to watching a movie. The detail is also amazing, and although it's not fantastic in the panels where the characters are further into the background, the detail in the rest of the comic more than makes up for this.

This issue also showed how Doc Ock is utilising Peter's job at Horizon Labs to his advantage. During this he's less than pleasant to Grady Scraps (who was one of Peter's closer friends at Horizon Labs), and reassures Max Modell that his work is for good, as Max doesn't like the idea of them making weapons. Although I've felt this throughout the issue, this was the main part were I felt that someone should question "Peter"'s actions (when ever I refer to Doc Ock as Peter I will be adding " " round the word Peter, just to emphasise who I'm talking about, as I have also talked about Peter prior to the body swap), as this isn't the way Peter normally treats people, and his new attitude is easily noticeable. I hope that people will notice a change in his attitude in future issues, as I can understand Slott not wanting to confuse newer readers by adding it in this issue, but it wouldn't make sense if he didn't add it sooner or later.

"Peter", also takes Mary Jane out on a date during this issue. Although I personally have wanted to see MJ, and Peter back together for some time now, not like this. Although it makes sense that Doc Ock would take advantage of Peter's past relationship with MJ to get a beautiful girlfriend, it's not right MJ, and Peter getting back together without it being the real Peter. I did however like that it's even more obvious that Doc Ock is controlling this body, as he's thinking of other things whilst MJ is speaking, not caring what she's talking about. I also didn't understand how MJ didn't pick up on this new attitude of Peter's as besides maybe Aunt May, she's the person that knows Peter the best.

There was also a very shocking turn of events, which I already mentioned earlier at the end of the issue. I still won't spoil this, but I will say that that alone makes this a worth while purchase, and that it upped my rating by half a point. It also speculates the future of this series.

A decent start to this new Spider-Man series, and although I personally still can't get to terms with Doc Ock as Spider-Man it was still a brilliant issue. I would highly recommend this issue to new fans, and old fans, and would also recommend it to people who have dropped Spider-Man following ASM#700, as the ending of this issue is enough to make this a worth while buy.

Other reviews for Superior Spider-Man #1 - Hero or Menace?

I like many people was very apprehensive about this series since Doctor Octopus is now Spider-man and is controlling Peter Parker’s body but I’m not one of the people who absolutely cannot stomach this sure I don’t like it but I won’t write death threats to Dan Slott because of this (seriously if you have you’re an idiot ok you don’t write Death threats because a comic characters died ok!). This actually is the first Spider-man series I am getting as I never got apart from Amazing Spider-man #70...

Warning! There Will Be A Lot Of Spoilers, If You Have Not Read SSM #1 Yet Do Not Proceed.you know, if you want me to be completely honest , i wasn't happy with how things turned out, but unlike Most Raging fans( just see the comment on the site called ComicBookMovies and you'll know what i mean) , i kept a few things in mind:Nothing in comics is permanent.This was a 3 issue story arc, meaning that since there was not much development for it, it would not be one of thous things that will remain f... 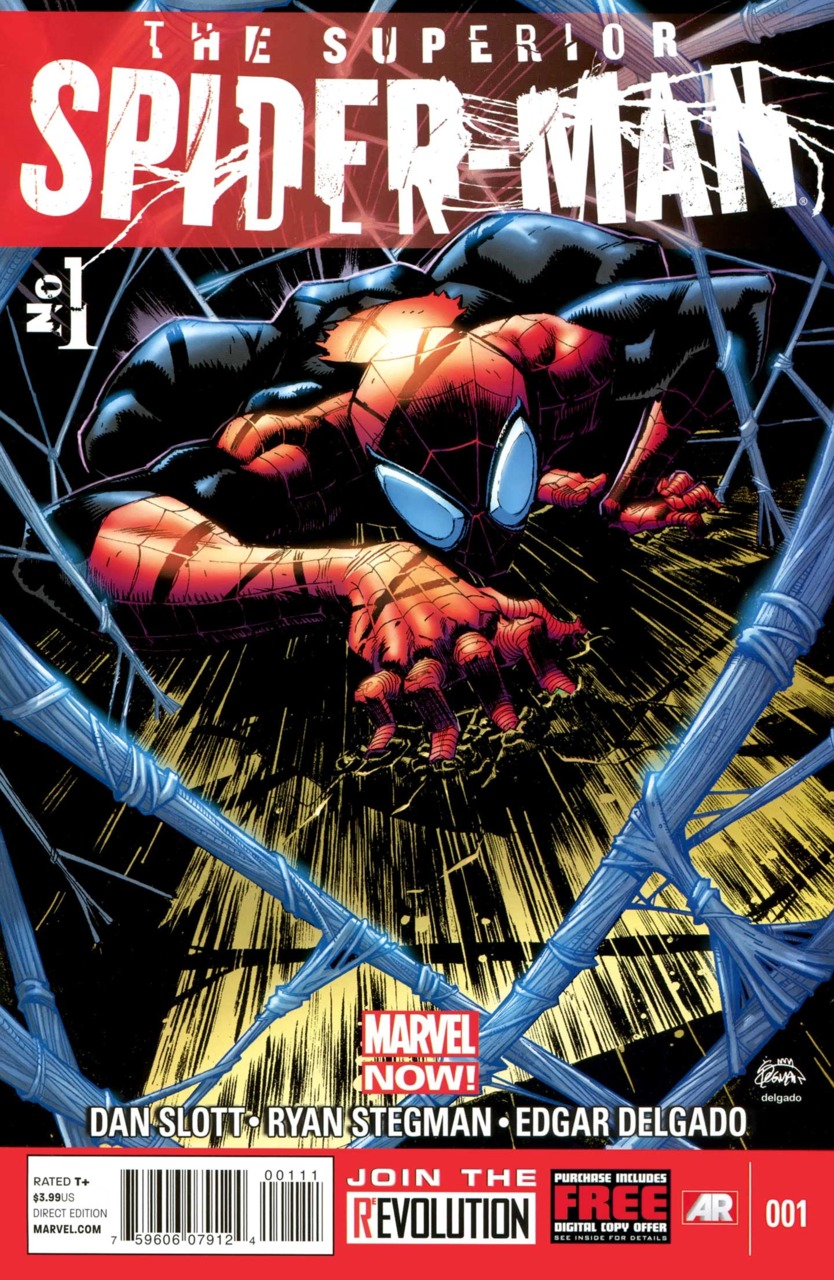 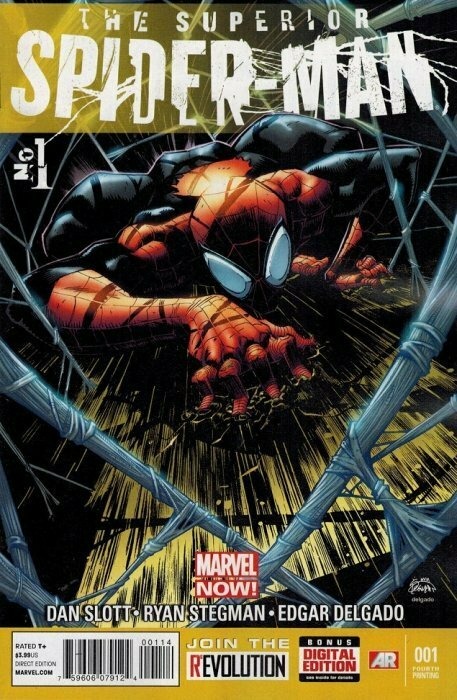 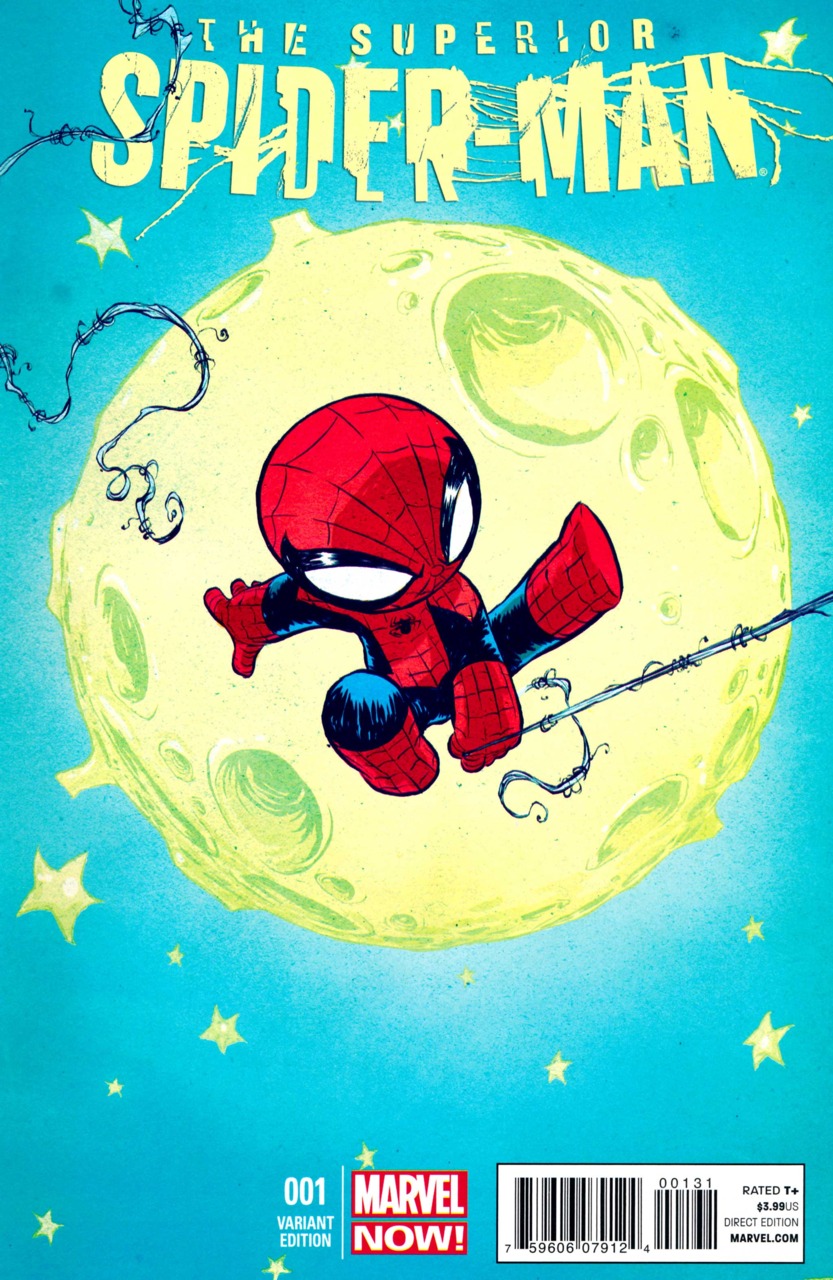 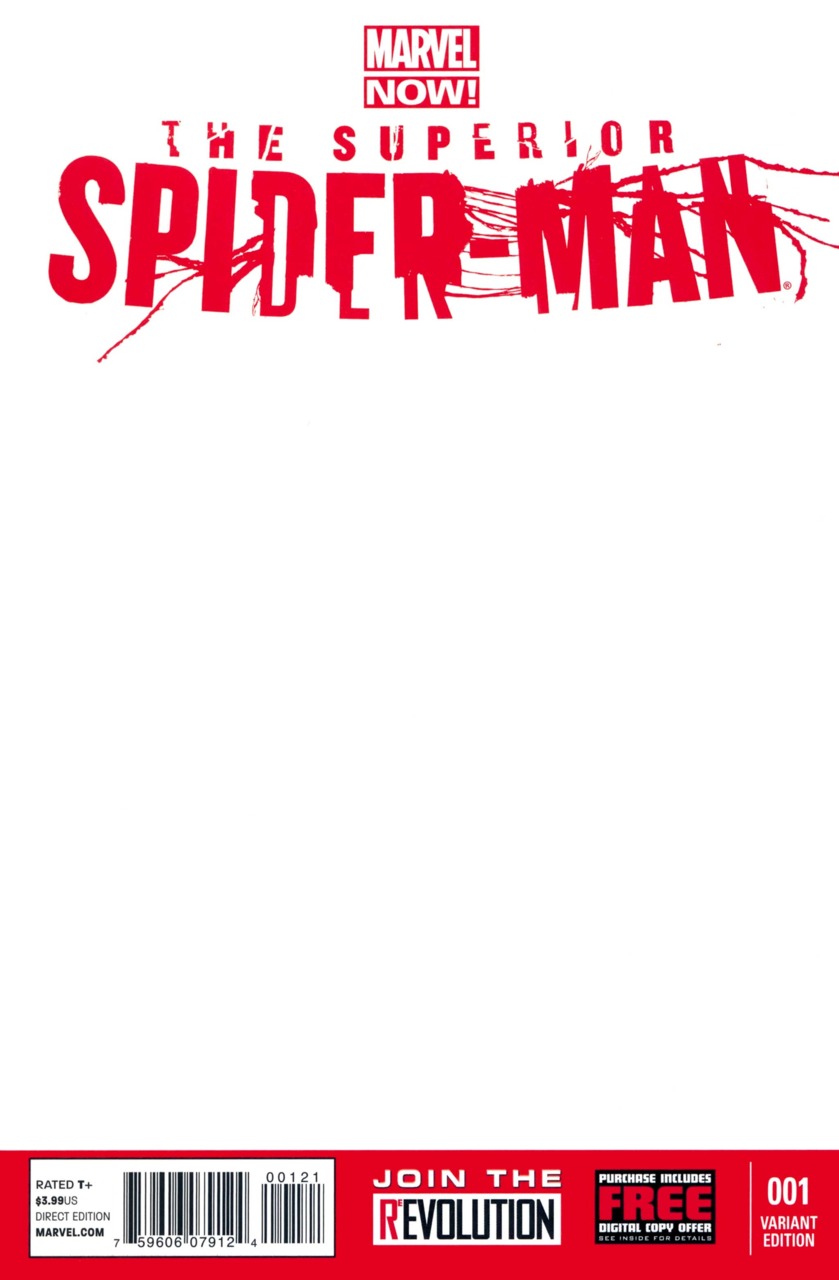 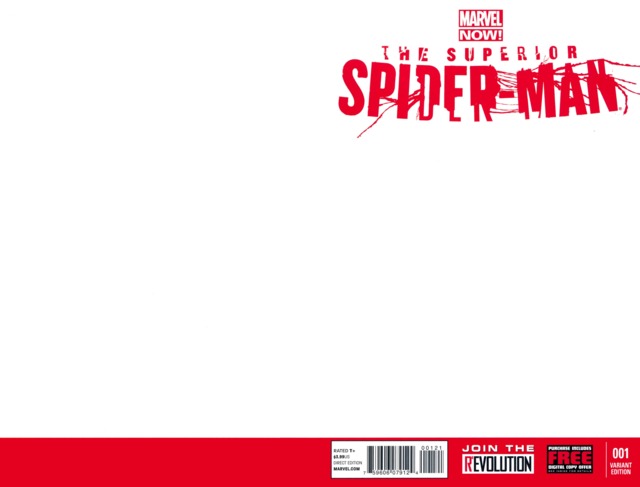 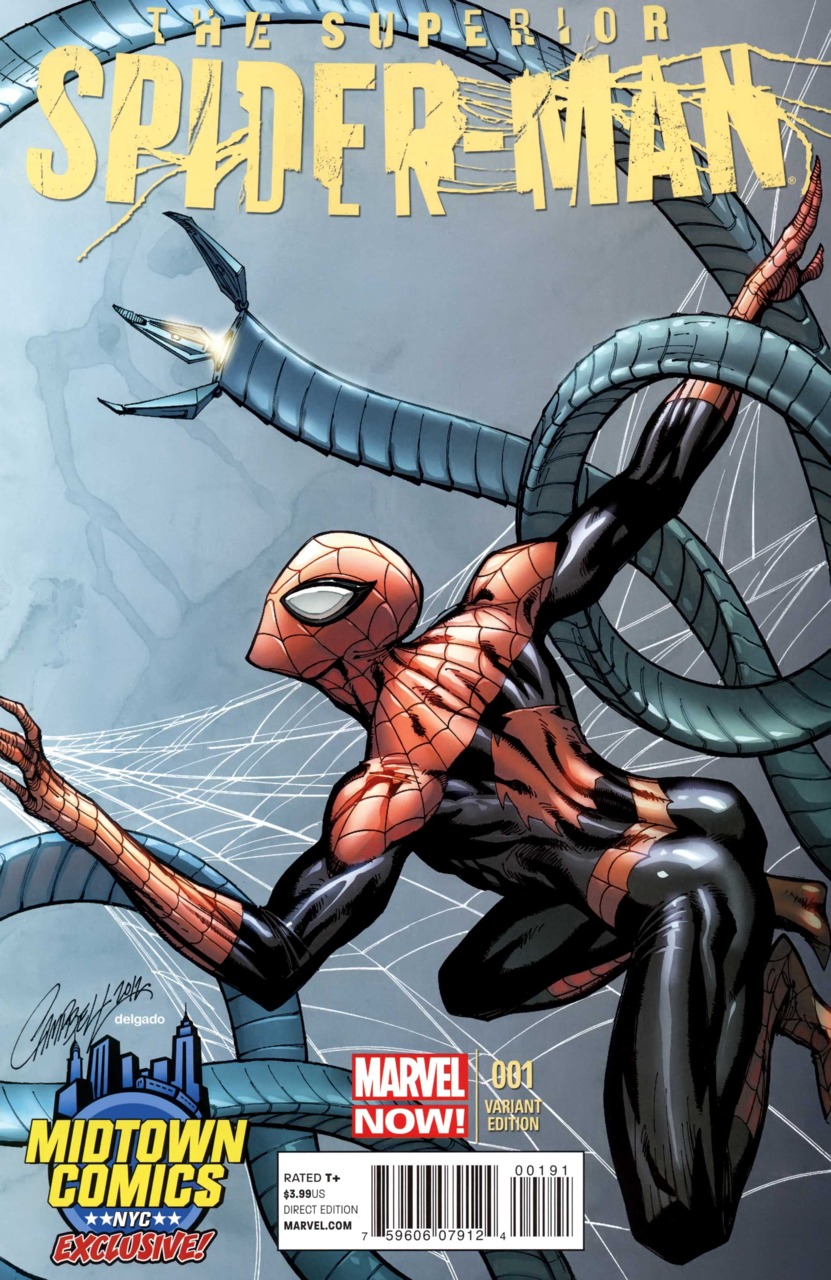 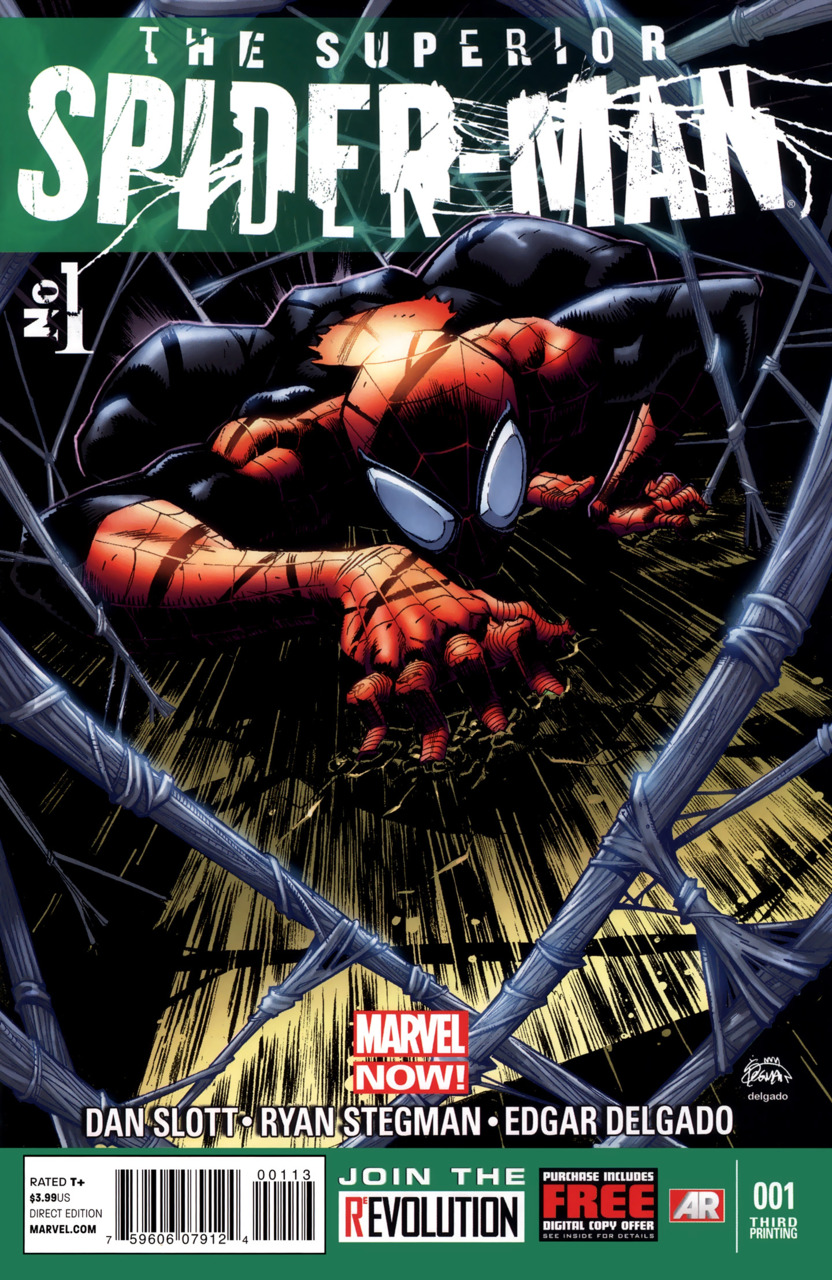 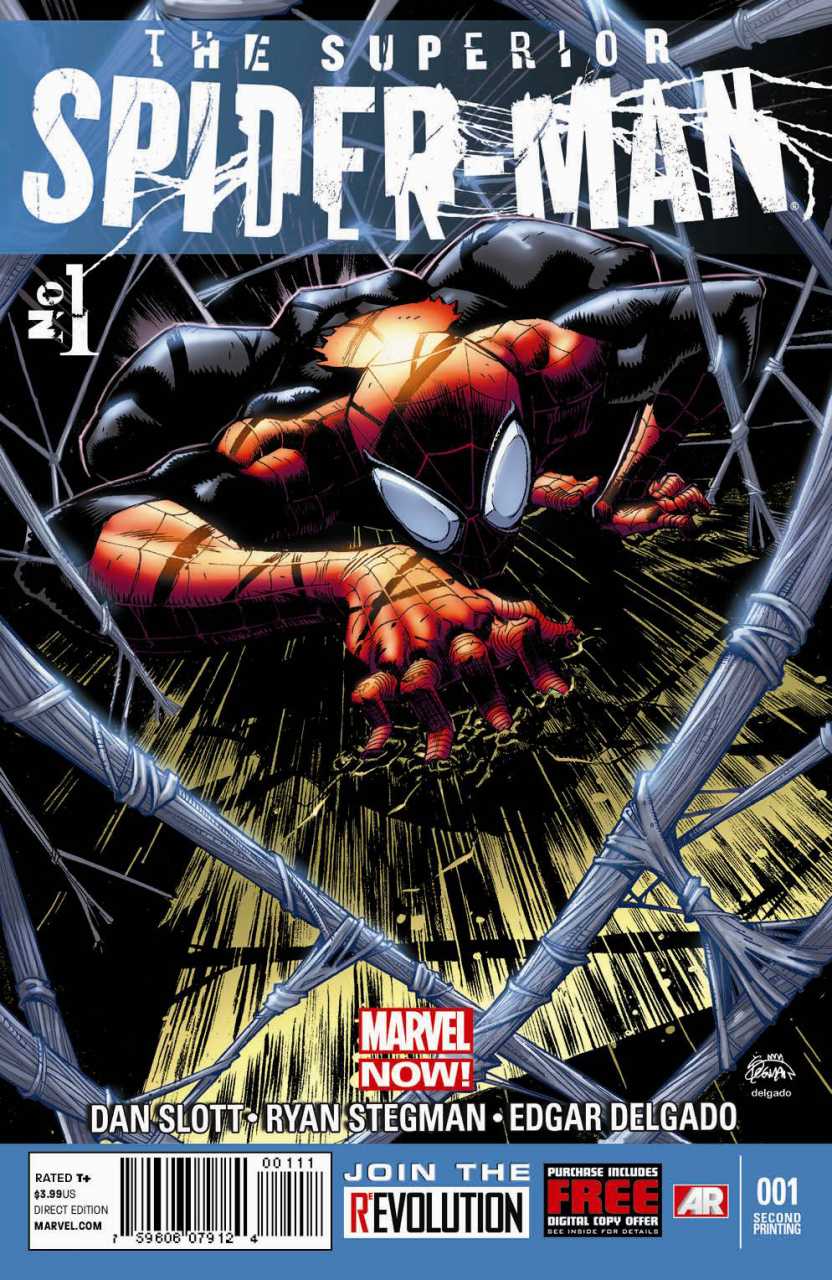 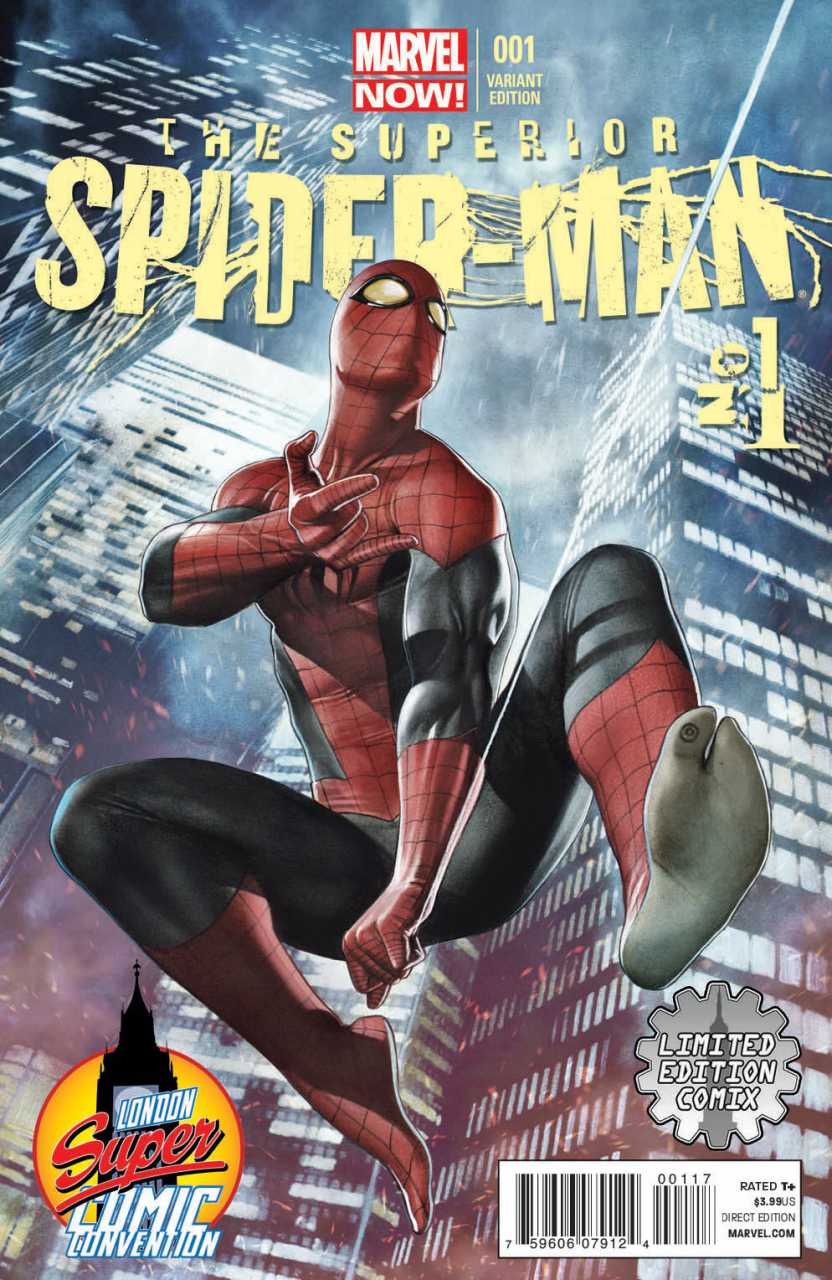 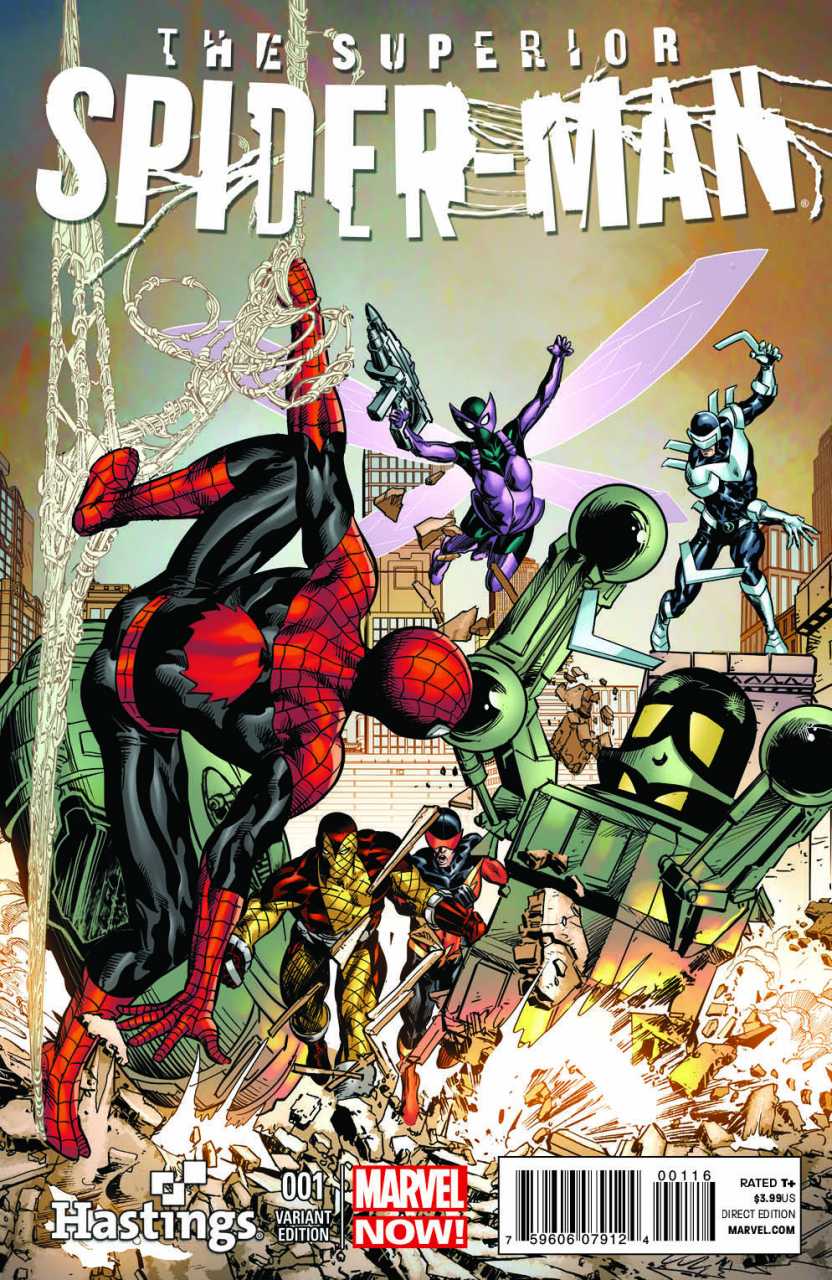 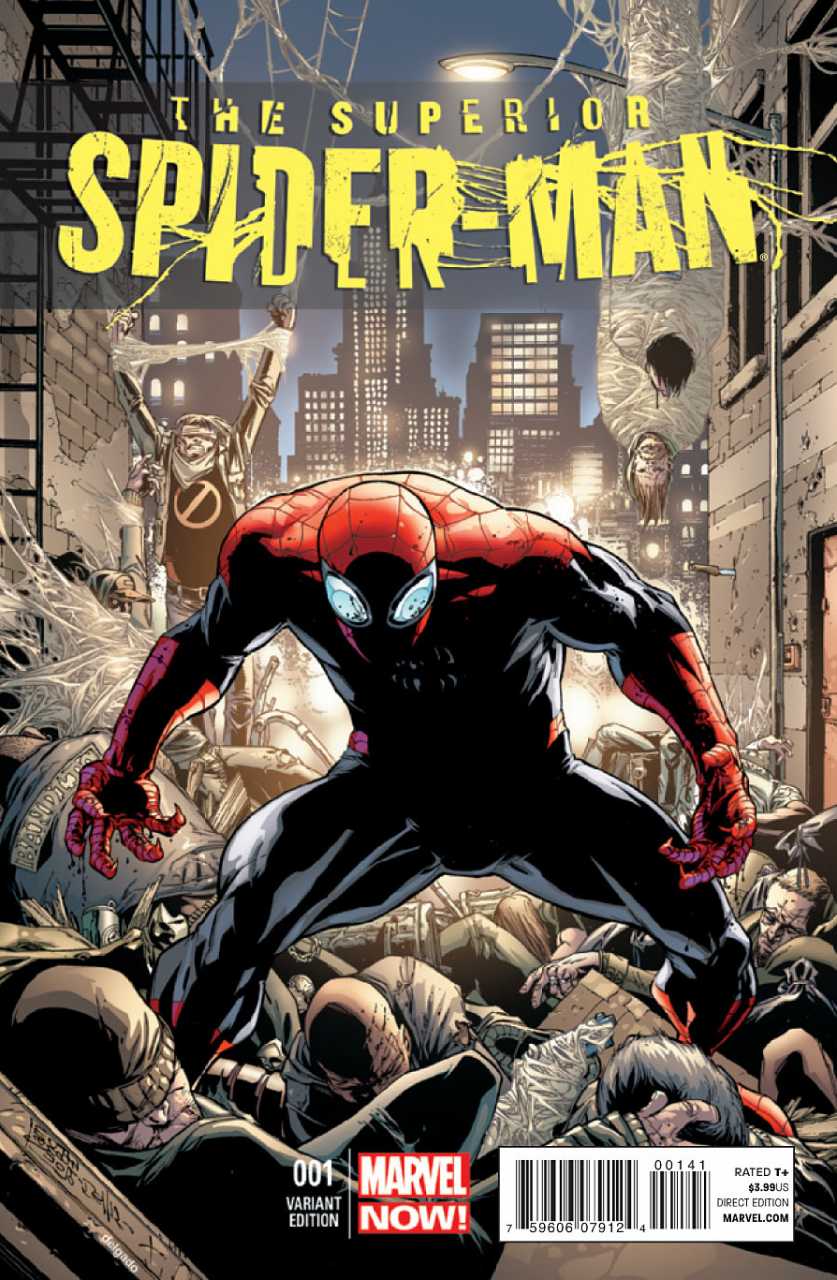 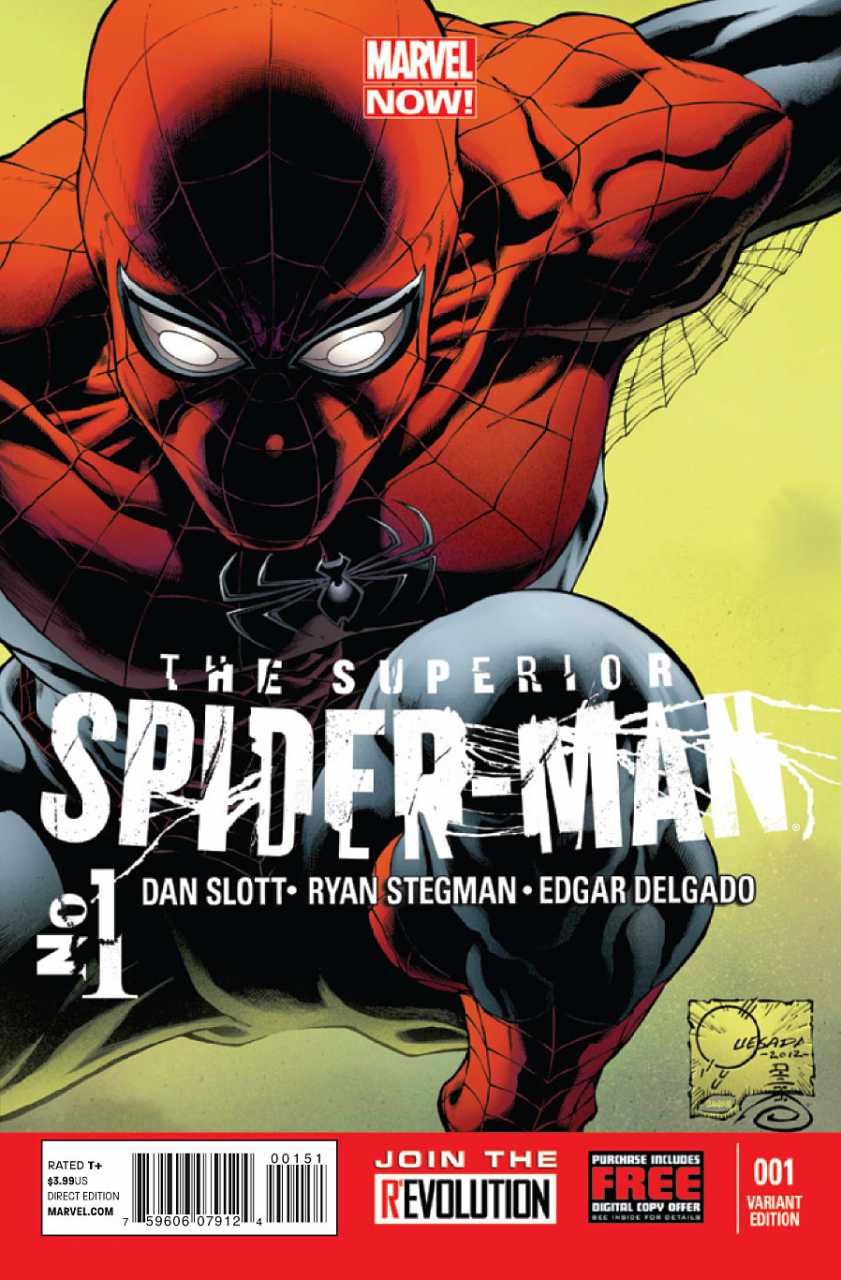 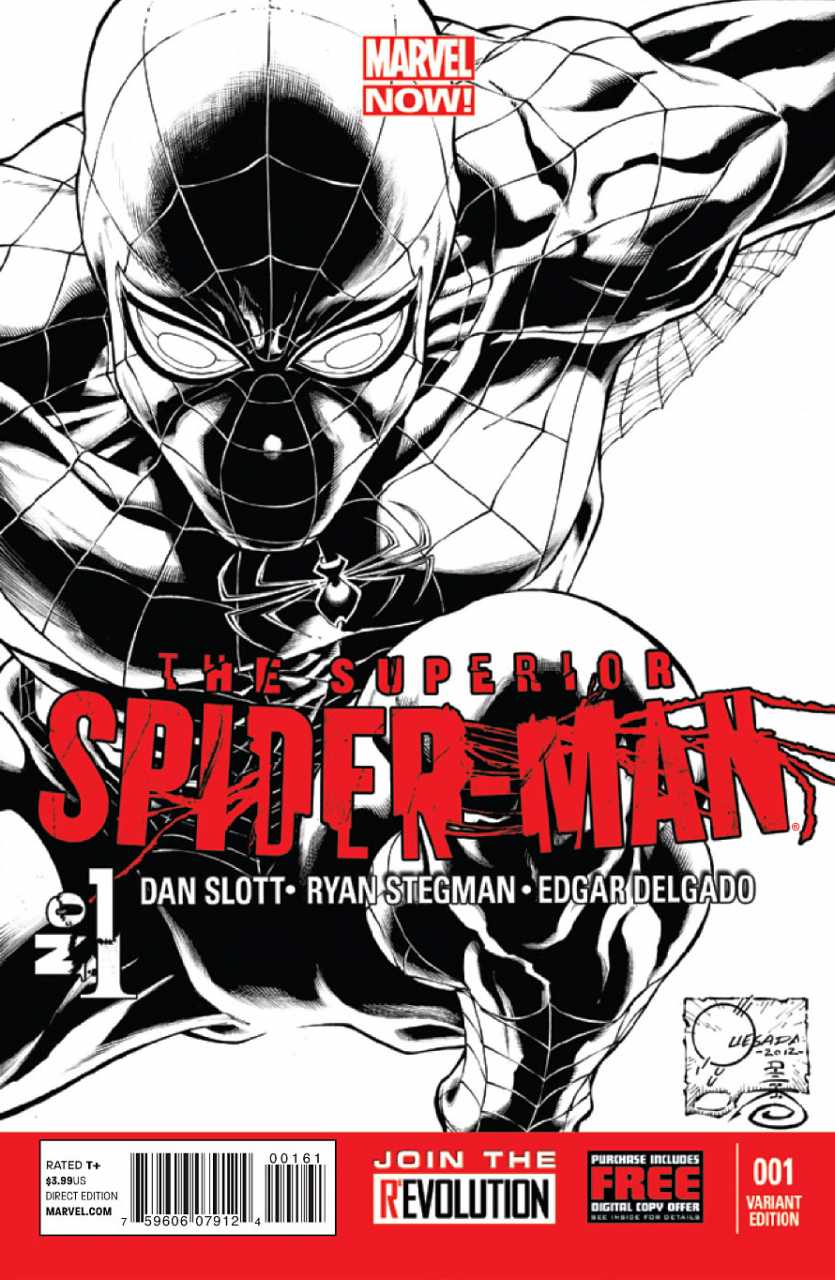 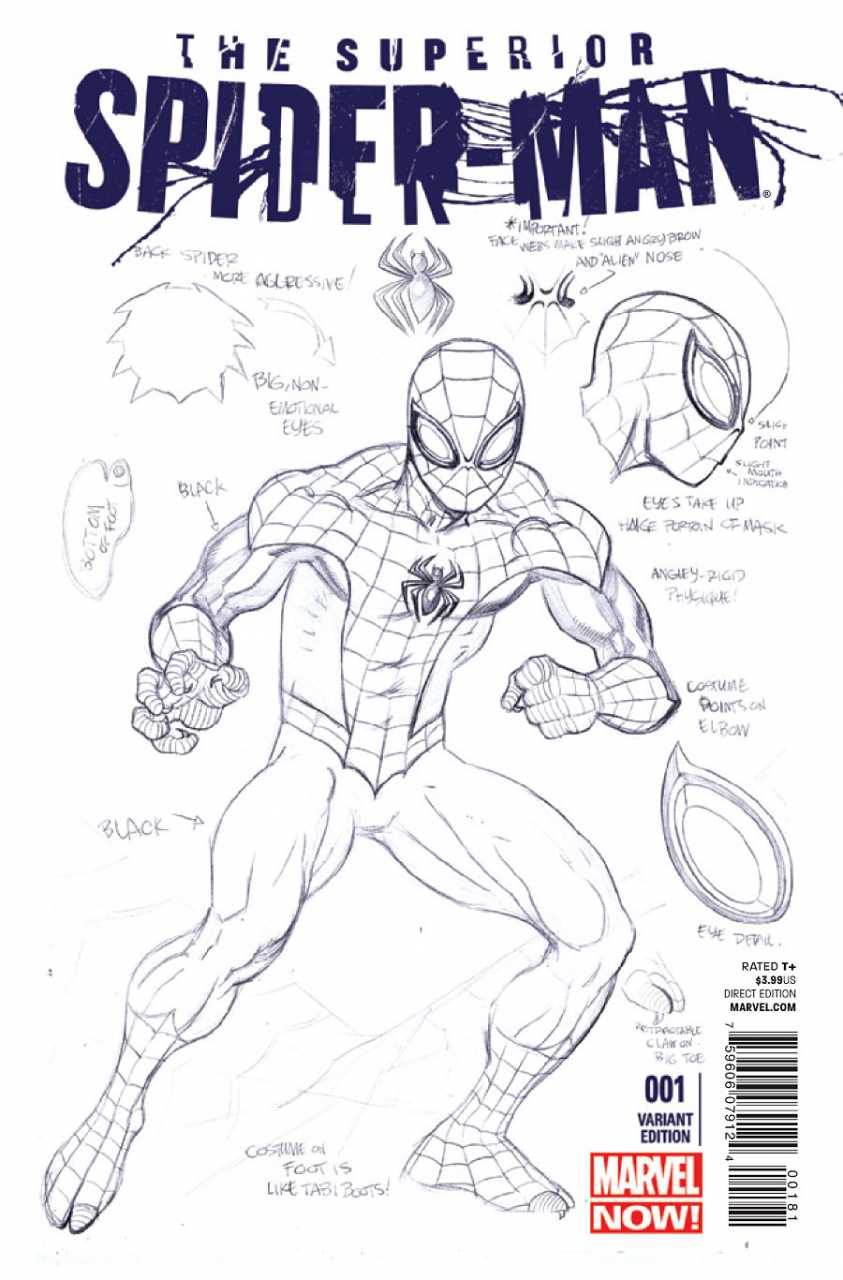 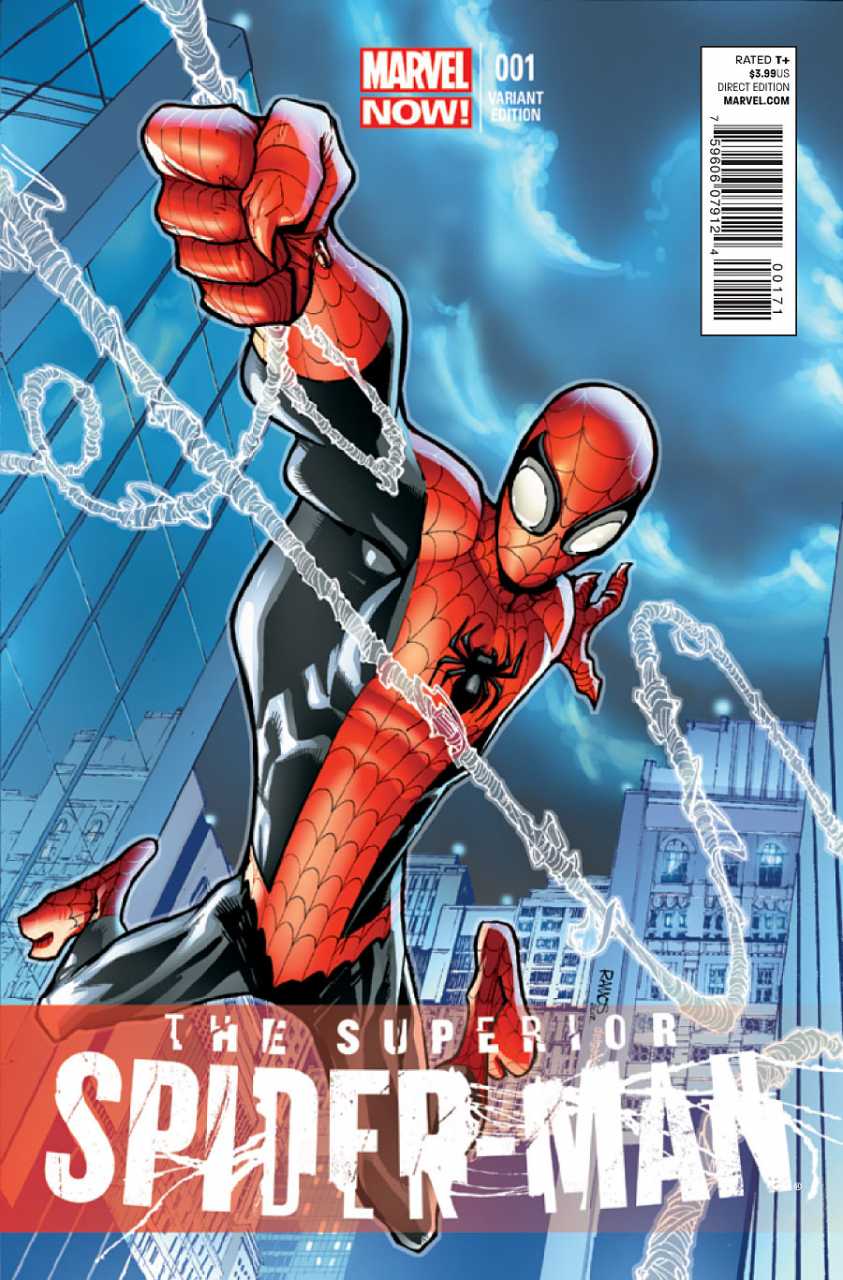