Will This New Series Be...Awesome?

Robert Kirkman and Jason Howard unleash their newest creation, a super...dinosaur and a smart kid with a robot.

First of all, I've made a mistake twice now. I missed out on both The Walking Dead and Invincible when they first came out. Somehow they slipped under my radar. Noticing that Kirkman was involved, I knew I had to check this out from the first issue. Let's say, this clearly isn't The Walking Dead or Invincible. Is that a good or bad thing?
What we have is a kid named Derek Dynamo. His dad and former partner, Max Maximus discovered that dinosaurs do exist deep down in a hollowed portion of the Earth. Thus, we have Super Dinosaur. Derek is a kid with a robot and likes to saw "awesome" a lot.
Sounds like I wasn't too crazy about this title, right? At first, I wasn't really sure. It's an all age book and I felt it was going to be too much just for kids. Silly me for doubting Kirkman. Super Dinosaur is a trip. It's definitely a book that kids can get into. Dinosaurs with guns, robots, smart kids that can save the world, etc. What else would a kid crave? But just as Invincible and The Walking Dead (and Astounding Wolf-Man) are all different, Super Dinosaur is a Kirkman book in its own category. There's a story with a mysterious edge to it, new characters with open possibilities and even bad guys that might not necessarily be bad guys.
Jason Howard's art is fitting for this book but isn't your typical kids' book art. It has a nice friendly feel to it but when the dinosaurs are fighting, there is plenty of comic book action and detail to keep you entertained.

I read a lot of all age comics with my daughter. It's great when creators and publishers put out quality books that kids can get into. Not all kids' comics need to be geared down for kids. Derek Dynamo came across as a bit annoying in the beginning. He's a kid that thinks he can do it all so that's how it should be, right? That may be the case but it still makes it a little difficult to really like the little bugger.
The first issue does a good job setting things up but it's at the cost of the pacing of the story. Now that the basics have been established, the next issues should be able to get right into the story.

Robert Kirkman proves that he is more than capable of writing in all genres. Not only can he write suspenseful horror and true superhero stories, now he's setting out to conquer the all age genre. The first issue of Super Dinosaur sets the stage and introduces all the major players in a new comic world created by Kirkman and Jason Howard. The concept of a super dinosaur that has guns and rockets and can kick major butt, teaming with a young and intelligent kid has win written all over it. I can't see kids not liking this. This is easily something I could see being adapted as a show on Cartoon Network along with Generator Rex and Ben-10. Being an all age book doesn't mean those that are not kids won't be able to appreciate it. There is a great sense of fun and adventure along with looming plot twists that will hook you in from the beginning. The only downside was the kid was a little annoying in the beginning but you get a sense that may be changing. Also the issue has to spend more time establishing the world and characters at the cost of being able to fully dive into all the excitement. The book might not be aimed at me in particular but that won't stop me from reading it every month. Add another notch on Kirkman's belt as he has another success to add to the list.
Load Comments

Other reviews for Super Dinosaur #1

All Ages Means All Ages 0

Lets start with a quick heads up, I'm already convinced that Robert Kirkman is a great comic book writer. There, now you know my bias as I talk about how much I enjoyed this book. When someone sets out to write an all ages book the best thing you can do, as an adult comic book reader, is assume it's not made for you. This is the only way you can survive in the world without hating most all ages books. This book on the other hand is a portal back to childhood. Kirkman stands by his multi-layered ...

It's a dinosaur that has robot arms and plays video games. I don't even think it's possible for me not to love this. ... 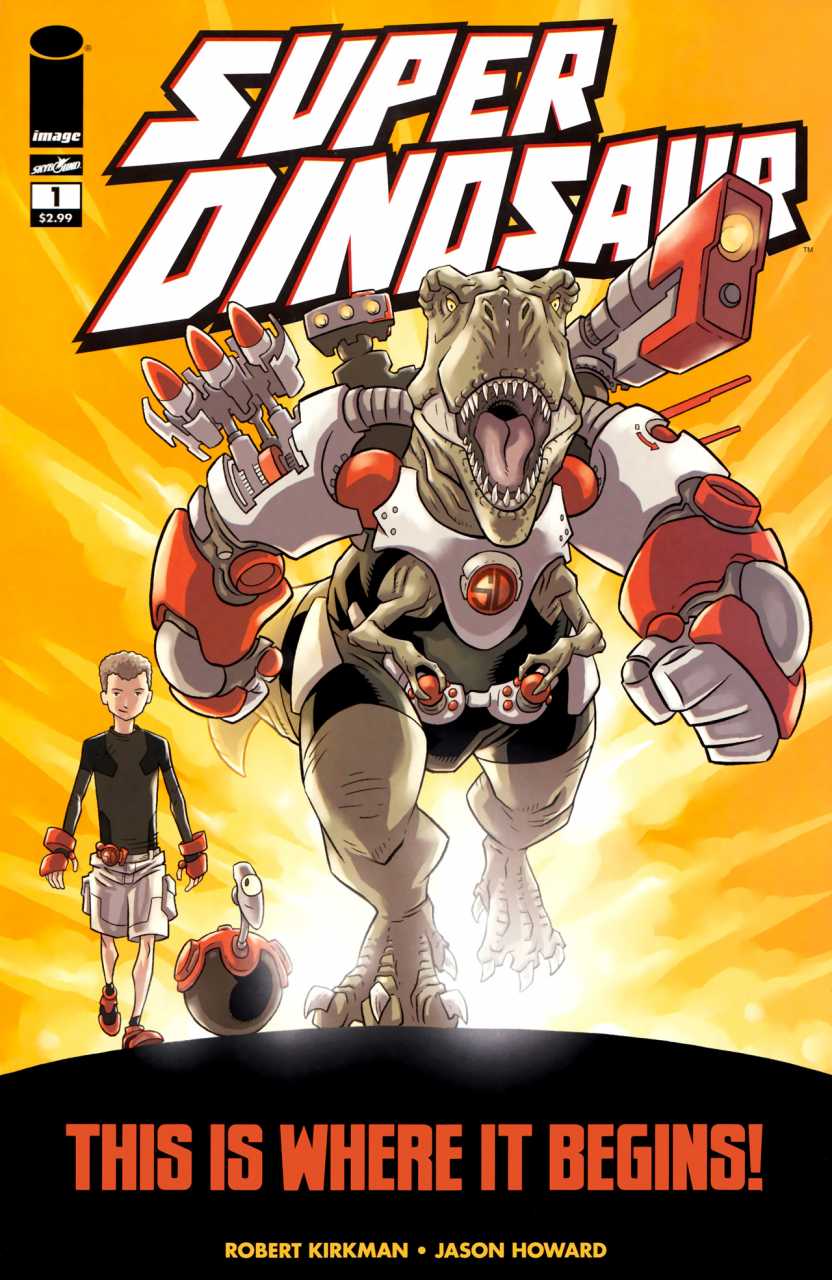 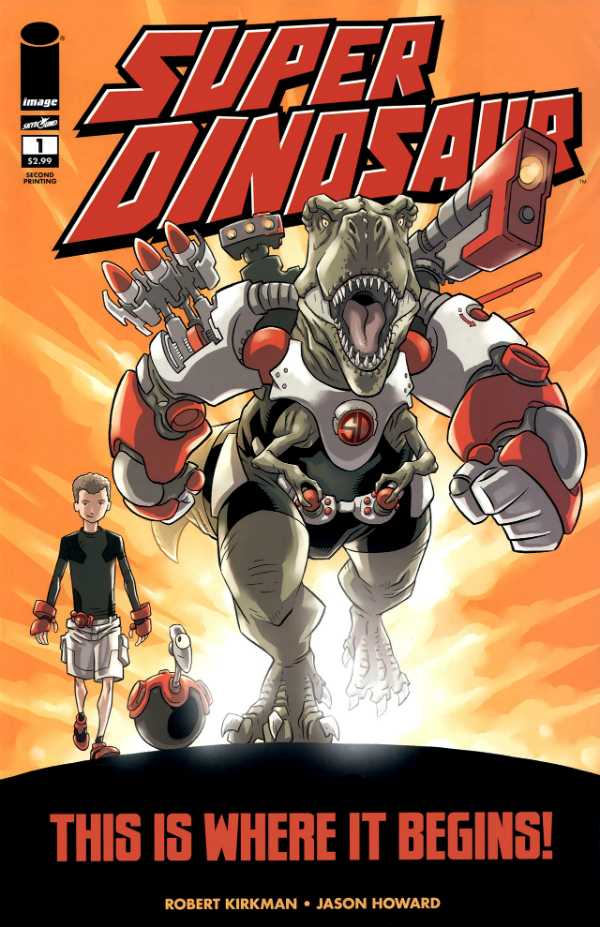