mattdragn's Strange Tales #112 - The Living Bomb!; The Man Who Dared!; I Saw The Impossible World! review

There is only one adjective that comes to mind when I look back on this issue: surprising. Everything stands against its potential quality it has a bad villain with a very silly name, The Eel whose powers are fairly nondescript. We have a vague threat of nondescript yet dangerous technology which has often been used as a crutch by this era of Marvel stories (Thor I’m looking at you!). Yet in this case, in this issue Marvel takes us all by surprise. They cast aside the normal template of their stories and created something bold almost striking for a comic aimed at children.

The story of this tale deals not with the threat of a middling villain but instead with the consequences of his seemingly innocuous (and illegal) actions. He simply steals an unknown piece of tech thinking it might be worth money. He doesn’t know what it is and if he did he certainly wouldn’t have taken it and activated it. It is a bomb, a small nuclear device and it is activated as soon as it is taken out of its protective packaging. The race thus is on for Johnny Storm, who has been doubting himself as late as a particular savage show host talks of the danger he presents to the people.

This narrative roots of this comic grow upon the fertile grounds of sacrifice. It finally demonstrates that there is risk in the actions of our heroes, that what the do carries a real threat of peril to their lives, something that is often told but rarely shown in this era of Marvel. Johnny Storm is being villanised in the media by one man in particular, as a dangerous individual interfering in the actions of the police, he has to sacrifice his standing, his reputation to keep fighting crime. Later on he is willing to sacrifice his own life to save others, in what he thinks are his final moments he accepts that he is going to die and is happy knowing he will prevent these deaths.

It is the focusing of a story around a theme that is so often lacking in these early comics. Too often they are preoccupied with just relaying events and it is refreshing to see Stan Lee and Joe Carter explore the storytelling potential of their chosen medium. The end of this comic highlights the appreciation the public has for the risks that heroes take and the sacrifices they make. We see the entire city glued to their radios and televisions desperate for news of Johnny Storm’s struggle for survival, and we witness the sorrow the public has for his seemingly tragic death. Of course he pulls through and we see the public celebrating including that reporter that had labelled him a menace.

This comic earlier than any other that I know of shows the sacrifices heroes and heroines sometimes have to make to protect the innocent. It also shows us that superhero comics can tell us thematic tales that go beyond the regaling of events. For that I take my hat off to the writers and I will say this is my favourite comic I have read thus far in my Marvel marathon.

What I'm Trying To Say Is… I Apologize

Other reviews for Strange Tales #112 - The Living Bomb!; The Man Who Dared!; I Saw The Impossible World!

A bit of an oddball adventure for Johnny this month as we see him go head to head with a villain who proves to be a bother for reasons outside the norm for your typical antagonist. Chasing down The Eel who has accidentally stolen a weapon of atomic force and activated it, Storm finds himself at odds with what to do with a nuclear bomb about to go boom-boom next to a Vet's home. Taking the blast into himself in a piece of stodgily written pseudo-science piece (there are plenty here by the way, fr... 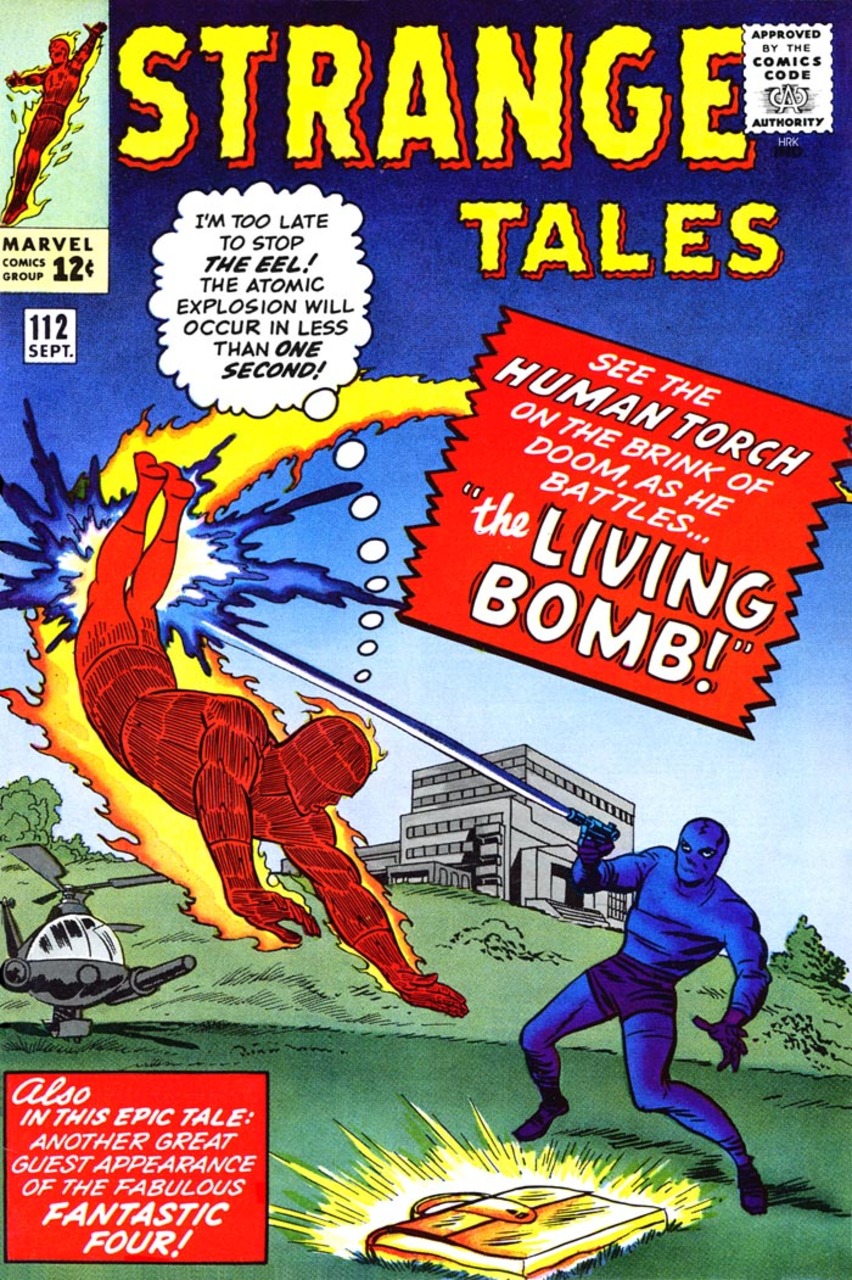 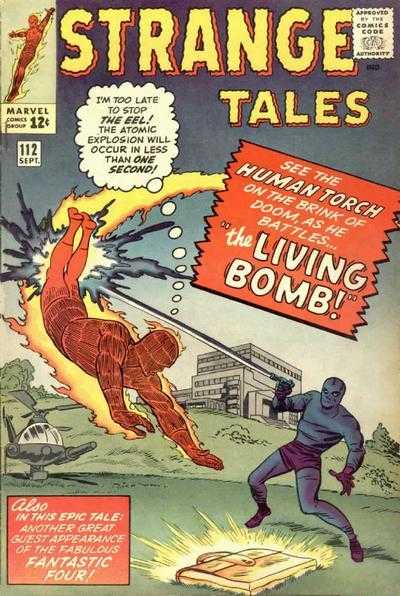