a review from a new reader

Here we have issue 2 of Strange. For those who don't know Stephen Strange is the former Sorcerer Supreme. Now as I am just getting into comics I do not know what all caused his fall from the position. Now I do know he is having to come to grips with his decline and lack of power that he apparently took for granted. Now Strange seem to be on the level of a Las Vegas stage magician. He only has the most basic of spells, some of which he still cant perform on his own, and even then have a short shelf life.

This issue continues the tale of Casey Kinmont after the death of her grandfather at the hands of a demon with an old deal with him. Casey uses the symbol Strange left behind to try and track him down. But before she can do this she must deal with the arrival of money grubbing worthless relatives who will most likely lead to several constant complications in Caseys future. So now Casey with the symbol, truth glasses, and a few leads is out to find Strange, and find out what he meant by her being a natural.

Meanwhile Strange on the other hand is now forced to deal with his limitations, deal with no longer being the most powerful sorcerer in the world, and he does not deal with it well. Strange keeps up a good facade, but when given a situation where he isn't able to do what he used to he is prone to verbally abusing himself over his failings. Will he eventually be able to come to grips with his massive limitations? Will he actually take on a mentor role with Casey? Will he continue to stay in hiding and just continue to berate himself over his arrogance? Only time will tell now.

Now when it comes to writers and artists I am not too sure who is great and who isn't, but what I do know is. Mark Waid in these two books so far is able to tell a quite interesting of not cliched story of a "the one". The story as I said can be cliche, but as long as the characters remain interesting the story will continue to interest. Emma Rios also does a great job of of drawing interesting, and realistic looking characters. As well as doing a good job conveying several different emotions. Christina Strain does a phenomenal job bringing life to the environment, characters, and spells. The colors are rich, and vibrant, and makes the magic and magical creatures pop off of the pages, as well as making them look as if they would really look that way in the real world without being over the top in their colors.

Other reviews for Strange #2 - Who is Stephen Strange?

Very exciting stuff!  "Strange" tells the story of Dr. Strange coping with the loss of his control over the arcane arts. That premise alone sounded interesting enough for me to pick up this book, but  I have been delightfully surprised  to find a warm tale of fantasy and wonder. Waid has essentially given us a new doorway into the world of magic in the Marvel U. Readers new to the exploits of Stephen Strange (like myself) will instantly relate to Casey Kinmont, who is unexpectedly thrown onto Dr... 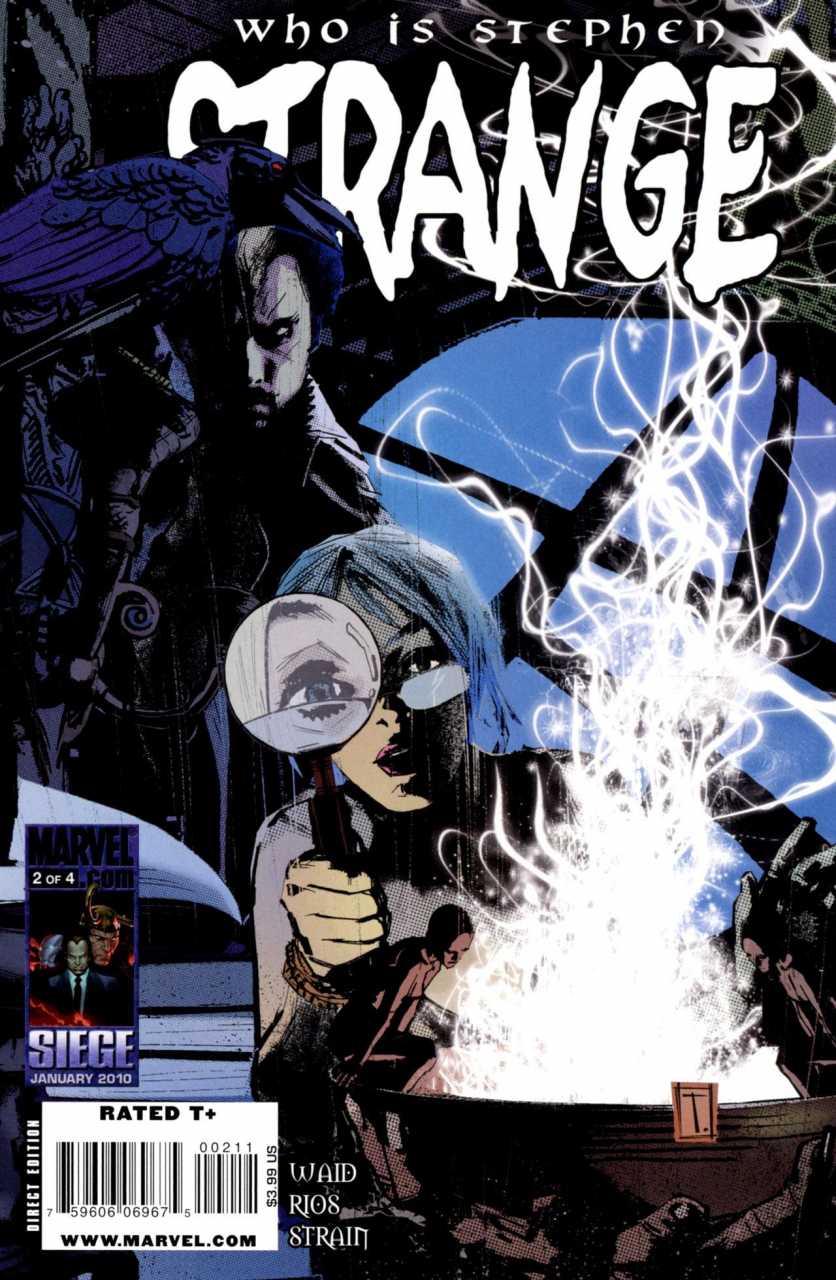