grifter78's Stormwatch #17 - The Men Who Fell to Earth review

After a somewhat lackluster previous issue, the series gets back on track as we get a shift in the villains, some much-lacked Jack Hawksmoor time, and a cool new addition to the book. All this was good enough to overshadow the fact that the solicitation for the issue was very misleading...or possibly premature. We'll find out for sure next issue.

Last month I talked about how I thought the resolution to the Harry Tanner story seemed to resolve way too fast. Well, since then we've learned that next issue is Milligan's last so that may have been the reason for the speedy resolution. This issue played out much better and I liked the shift in the relationship between Harry and The Engineer. Her role was another that we've been seeing develop for a while and I found it to be much more interesting this issue.

We also finally get a little, and I do emphasize little, Jack Hawksmoor action. For several issues now he has been relegated to the background. This has been such a shame because he is an amazing character with so much potential. Let's hope he survives into the new creative team's run.

Finally, we get the addition of another character (if you've seen the solicit to #18, you know who it is, if not, possible spoilers ahead). Of all the Wildstorm characters in the New 52 so far, Zealot was one that I felt got the shaft when she debuted in Deathstroke. Her role in that title was ok but she was dropped very quickly when she wasn't needed anymore (ironically both in the real world and in story). Even in her short appearance here she felt more like herself. I was also surprised to learn she already knows Midnighter. I'm looking forward to learn more about that.

The big surprise of the issue was the end. I won't spoil who it is but someone is sent after Stormwatch who was not mentioned in ANY of the solicits. All I'll say is that it's a character who had their title cancelled and this is just one of several appearances they've had in other books since then. It seems to be the continuation of DC's attempt to keep characters active in the New 52 even if their books are cancelled.

I was also very happy that Will Conrad finally got to illustrate an entire issue again. For the past several months he's had to share portions of the book with other artists. I assume it was to help keep the book on schedule. I think I've enjoyed his art the most of the artists we've gotten on the book so far. I know after talking to him at a con that Wildcats was one of his favorite Wildstorm books. So at least he got to draw one Wildcat (Zealot) before he ends his run.

This issue made me feel better about the Stormwatch title again. We have since learned that Jim Starlin will be taking over with issue #19 so I hope he can bring on some new readers to the title. In the meantime, I hope Milligan and Conrad's run ends on a high note next month.

Other reviews for Stormwatch #17 - The Men Who Fell to Earth

OH MY GOD FINALLY! This series' artwork has been wildly inconsistent since Milligan took over, either changing artists constantly, or just having multiple artists each issue, and lately it seemed Will Conrad was taking over, but this is the first issue he's been able to complete without the need for a fill-in artist. I'm not a fan of the way he draws Harry Tanner or especially his blades, but the consistency was a nice improvement.I guess it's because Milligan's run is wrapping up in one more is... 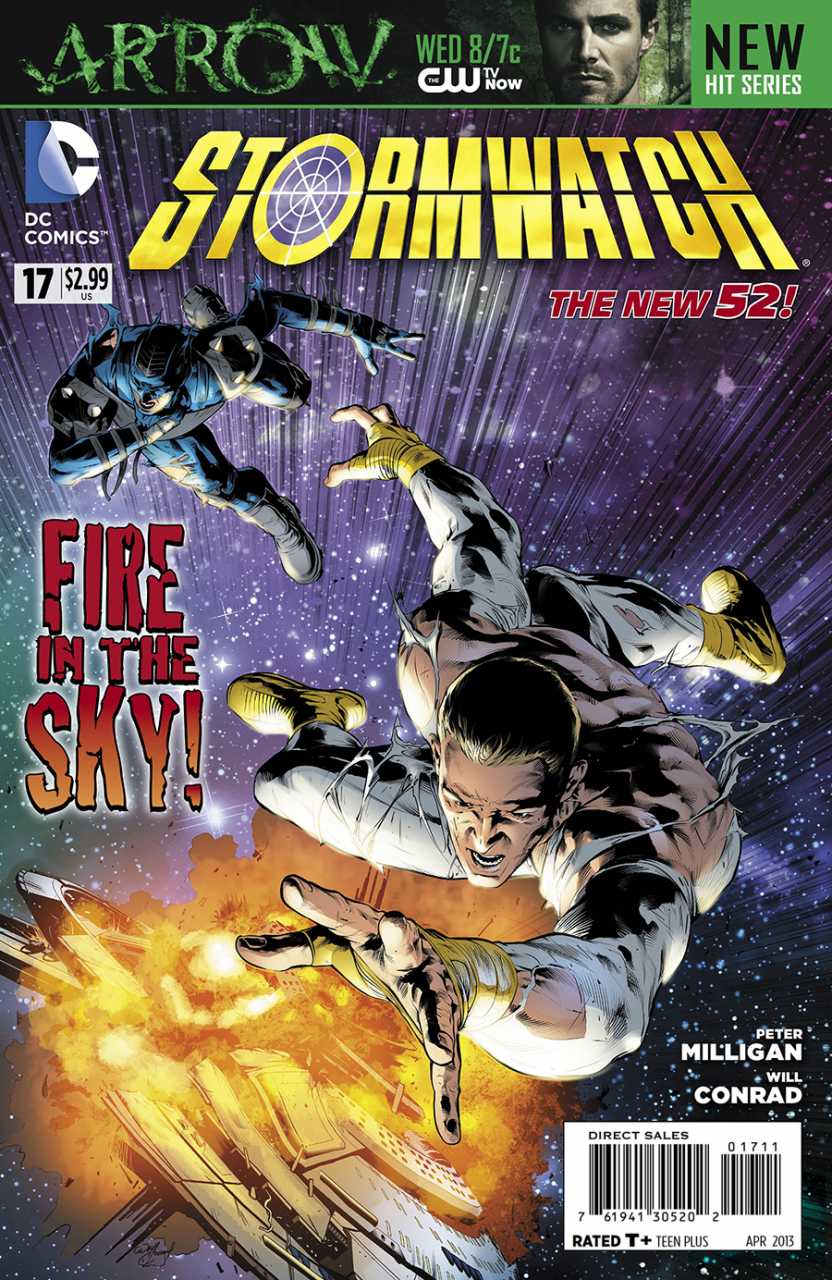