The Clashing of Lovers and Alpha Egos

WILL SOMEONE GIVE THIS SERIES ARTISTIC CONSISTENCY? I'm fine with Will Conrad taking over IF HE COULD COMPLETE ISSUES WITHOUT A FILL-IN ARTIST. Seriously, not one issue has had ONLY Will Conrad, and the series was already wildly inconsistent art-wise before this. Eduardo Pansica's okay, and it's only a few pages, but it's a bit jarring to transition, and frustrating that Conrad can't finish a single issue alone.

It's great to see this series FINALLY going into a serious full arc again, Milligan's been spending a bit too much time planting seeds over rushed one-shot tales, but now that's all coming together. The arc title 'betrayal' registers on several levels in this issue, there's a lot going on.

Milligan loves Midnighter and Apollo too much. Midnighter being Harry Tanner's scapegoat makes tons of sense, yes, but Milligan's already exhausted my tolerance for the gay duo. They are great characters, but they're not the only ones in the series. It's just a bit much at this point, no matter how excellent it is. And on top of that, my favorite team member, Jack Hawksmoor, gets consistently ignored by Milligan. Everyone else has at least gotten SOME spotlight when Milligan was willing to take it away from Apollo and Midnighter, but not Jack.

There's two major conflicts highlighting this issue. One is the intense emotional battle between the falsely betrayed Apollo, and his lover Midnighter. We've seen the two go through so much, so for Apollo to be given some DAMN compelling evidence that it was all a lie hit him HARD. But then the truth begins to come to light and Harry Tanner delivers an even more grievous emotional wound that is sure to linger. And then we get the second battle, the rematch between alpha males Harry Tanner and Midnighter. Midnighter's painted as an even more impressive man, and Harry Tanner is shown to be such a damn goo manipulator, he may even be fooling me into thinking he's right. Of course that could just be because he's badass. But his ego is his undoing, as it helps unravel his lies.

The only problem here, is that Milligan decided this was a great time to throw in another twist for no reason. It works well thematically in splitting up Stormwatch, but it's very sudden despite the previous setup.

But the biggest problem with this issue is the familiarity of it all. Harry Tanner vs. Midnighter Round 2 is the beginning of the repetition, as it's followed by Apollo and Midnighter jumping out of the headquarters AGAIN, Stormwatch vs. Stormwatch with the team splintering AGAIN, and the solicits seem to indicate the headquarters will be destroyed AGAIN. It's weird, the end of Cornell's arc set up this arc which is now retracing the same steps as that same end of Cornell's arc.

I have a lot of complaints, but I still overall enjoyed this issue. But at the same time, this series has been in a rut. It seemed like it was digging itself out after the damn good Zero issue, but it's fallen back in. I really WANT to like this series more, but between the inconsistent artwork and erratic storytelling I can't help but be continuously disappointed.

Other reviews for Stormwatch #16 - Betrayal, Part Two: The Hunt for Midnighter

(No Spoilers)The saga of Harry Tanner vs. Stormwatch comes to a head this issue. It's a storyline that's been building since Paul Cornell's original run. But the build-up may have hurt the story in the end. Even the twist at the end with one of the characters (which was kind of ruined by the solicits) isn't enough pay-off. But despite these things, still another decent issue of Stormwatch.I'm going to start off by focusing on something I think has been extremely consistent in the last few months... 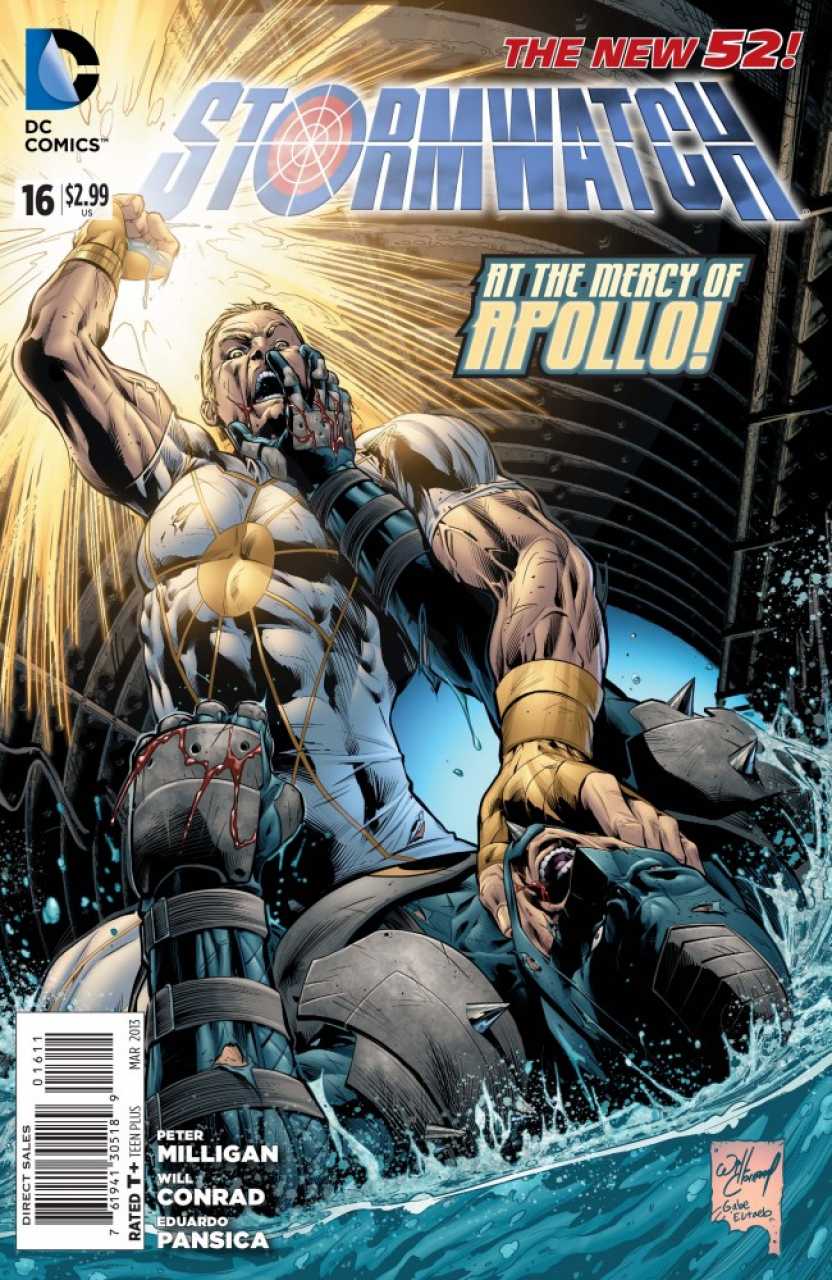