Instead of a Rush, It Just Feels Rushed

Storm has never been a character I've cared for immensely over the years. Yes, she's a strong female protagonist, but the X-Men has never been very short of those, and Storm has always come across a bit to brash and, in recent comics, kind of a bitch. And, while this is better than being a tool of mass destruction for villains or arm candy for our heroes (*cough*JeanGrey*cough*) she feels more like the other extreme, almost unapproachable in many ways. And, while this could have been a great means to disprove this, it instead reads as more of the same.

Much like her powers, I, as a reader, feel carried away by a huge wave when reading this. There's hardly a moment to really stop and think, although that's moreso because there's nothing really thought-provoking here. This is a single issue narrative, done and done. These can be done well (just see the recent New Avengers Annual with Doctor Strange), but I find this to be a rarity, as is shown here. The author tries to cram way to much in such a short span of time, resulting in the conflicts and issues to feel rather fabricated and bland. The sad cast of side characters doesn't help; Beast comes off more hesitant and shy than he should be, his posture frequently suggesting subservience to Storm, which feels very out of character and awkward. Otherwise, there's a new mutant introduced solely to move the plot along, as it's made clear she won't be returning to comics at any point in the future.

What really irritates me is just how black and white the story is made out to be. There are some clearly evil people who are evil for dumb and stereotypical reasons (which are summed up in some really sloppy expositionary dialogue), and Storm is clearly the hero here, despite her brash attitude, and is seen doing the right thing. This wouldn't be so problematic is the themes didn't hammer this in so thoroughly, but the story is made to feel very flat because of it.

Also, there's one or two little things that really bugged me, sticking out as simply illogical. For instance, on the first page of the issue and preview, how does the weather allow Storm to change into her costume mid-flight? Was the wind holding onto it for her? Is she the Cinderella of mother-nature now? Silly, I know, but bothersome all the same.

The only saving grace here is the art, which springs off the page with some fantastic displays of Storm's powers. Readers get an earnest feeling, both from the displays of power and the occasional description, of what it's like to be connected to the world because of this, and it brings a nice level of appreciation and understanding to the character, developing how she operates and interacts with the world.

Sadly, that can't save the poor dialogue and story from the murky depths it reaches. There just isn't enough here to draw me in, blowing by before truly sinking in. And I know that some really enjoy this for showing Storm being a bad-ass, but that really shouldn't be enough to sell a series anymore; we can still see our favorite icons be awesome, but with some reasonably good and complex context, not with such a tired formula. Unless a die-hard Storm fanatic, don't bother picking this one up.

"Miss Munroe is everything" 0

The title of this review is a paraphrase of something a student says during an outburst from Storm, and I'm inclined to agree with her.The artwork from Victor Ibanez stays beautiful throughoutStorm #1 is a very strong first issue, due in no small part to the fact that there is no need to establish the status quo or explain Storm's motivations. She's been one of the most prominent X-Men for decades. We know what she's about, and so does Greg Pak.Storm is a badass. A leader. A former queen. And m...

"When I was just a girl, I called myself Goddess, and I lived in the sky. Sometimes I wonder why I ever left. I'm a Mutant with the power to control the weather. Here's where I belong, every nerve connected with the wind, the clouds, the vapor." "When I was a girl, the sky called me home. Should be interesting to see what calls me next."I'm trying to think of better words to describe this comic than "Oh. My. GOD!" The problem is, those exact words are exactly what I've been saying since I finish... 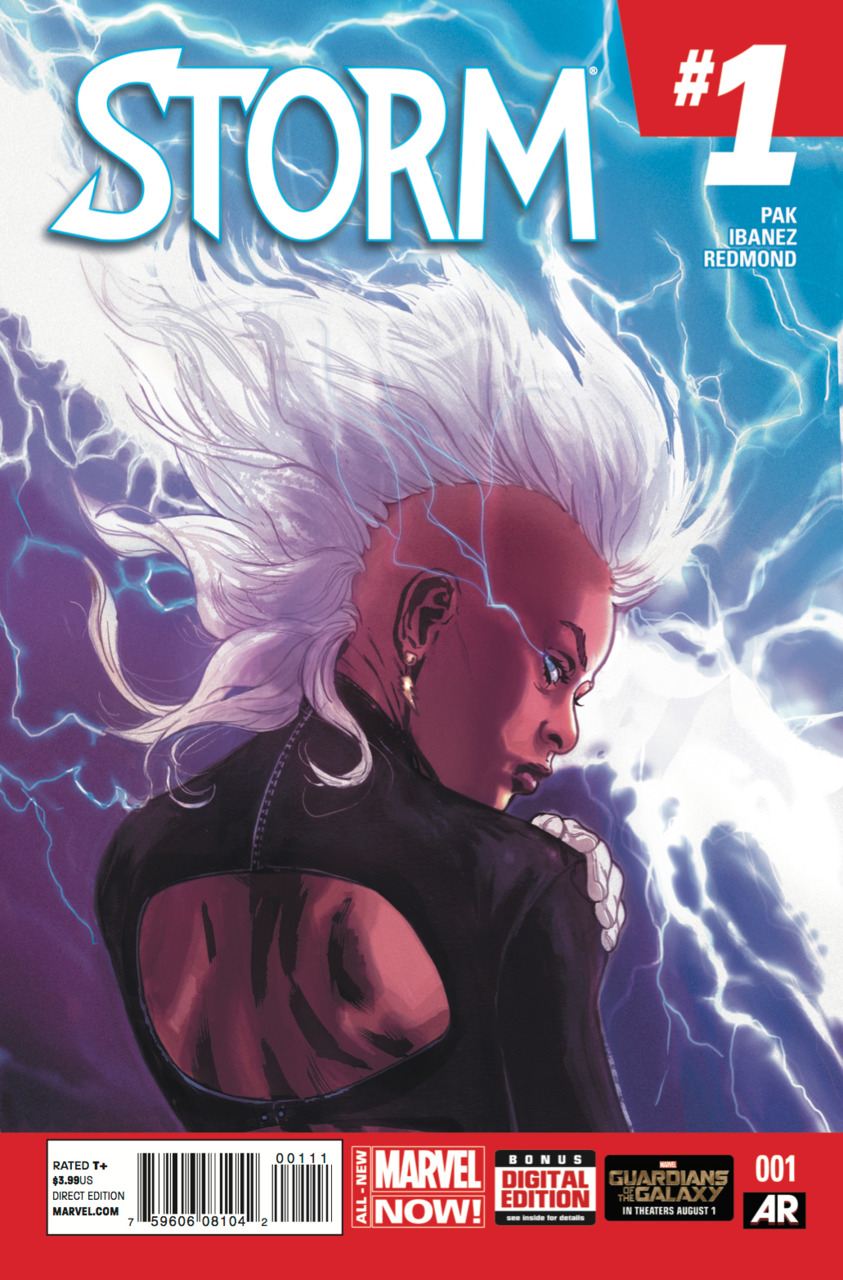 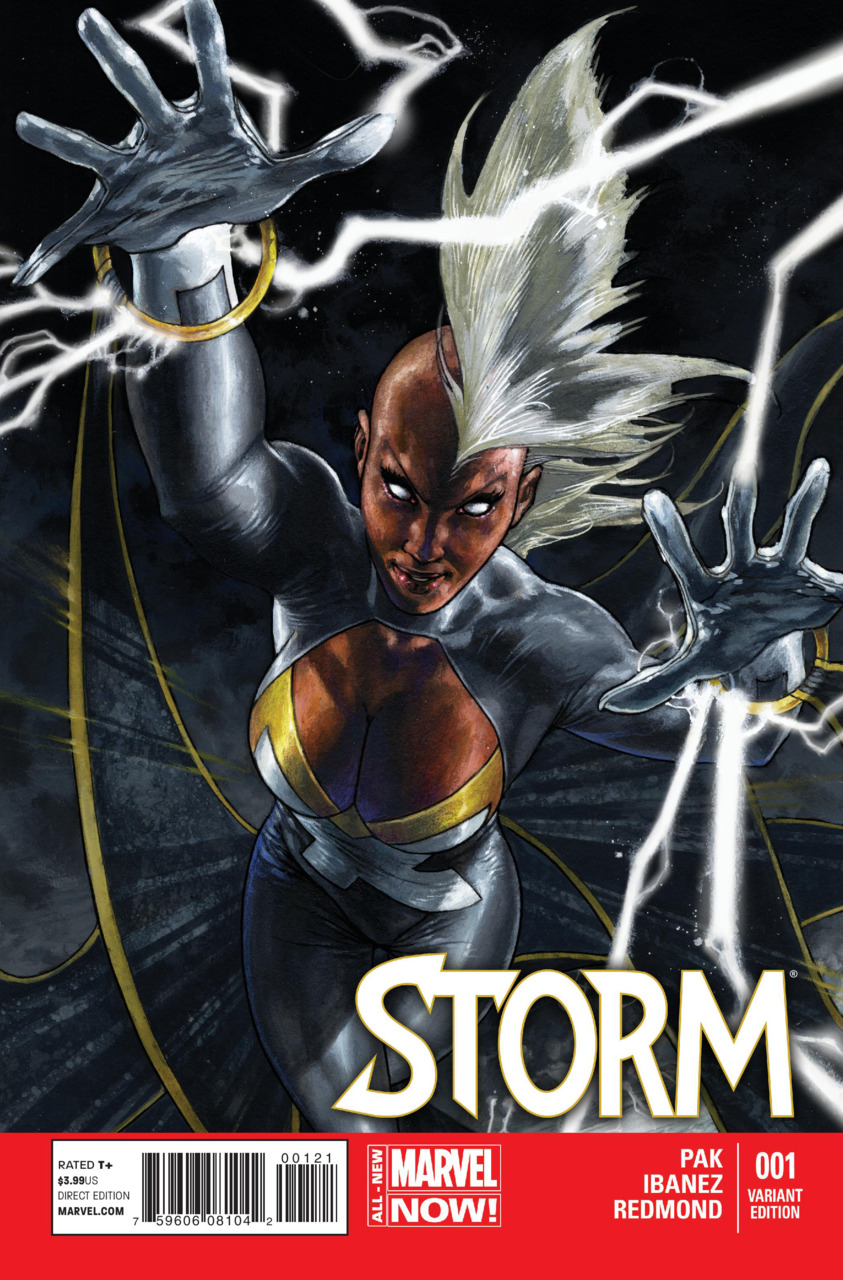 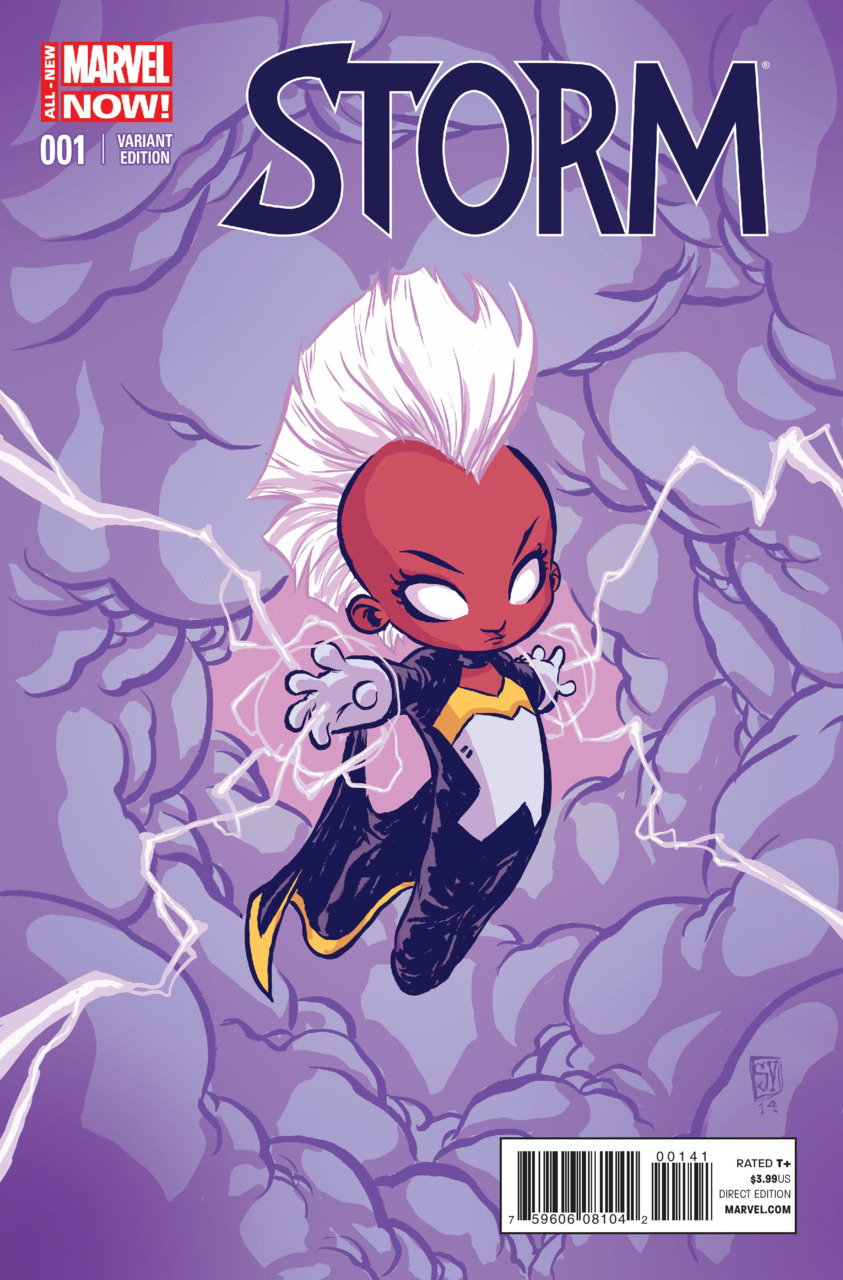 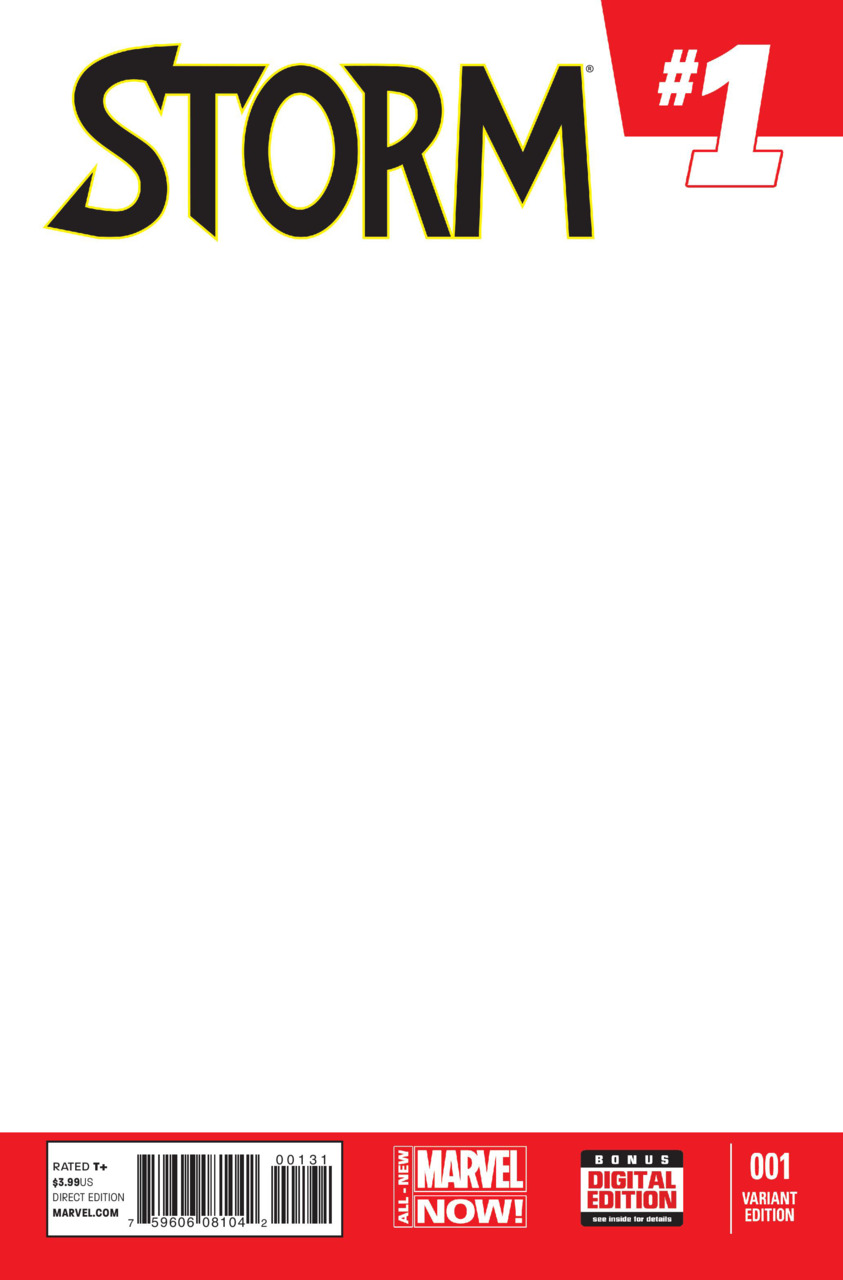