thearmandoshow's Steve Rogers: Super Soldier #2 - A Past that Kills review

First thing, love the cover. I wish Pacheco was the artist on the inside.

I know people who love his work, but I'm still not an Eaglesham fan. Although I had less of a problem with the art this go round. (EXCEPT for too much purple on some of the pages and the last page, where more of Eaglesham's crackhead Steve Rogers appeared.  Blech. I know what he is going for but really, it's a bit much.)

Story wise, I am very much enjoying the "quiet" solo adventures of a guy who seems to be everywhere in the Marvel (Avengers) Universe right now.

While comic fanboys sometimes seem to "hate" the fact that  the overall media synergy of companies like Marvel are becoming more apparent, this story feels very organic. Even though you kind of get the feeling that Marvel is building towards the movie next summer, I like the Super Soldier Serum plot.


This and the current Captain America series are actually my first taste of Brubaker's take on this part of the Marvel Universe. And I have quickly become a bigger fan of his.

I am pretty new to comics and hope to get more Captain America books soon. Only 1 I have is a Secret Avengers one. I don't have a lot of money so usually I get Batman and Wolverine comics. Though Wolverine is sometimes too dark in my opinion.

Other reviews for Steve Rogers: Super Soldier #2 - A Past that Kills

Steve battles with a love from the past, as Steve tries to find out who shot Erskine, and who hired the shooter.  The Good This is what I was missing from the Captain America book. It feels like the Captain America book did the first 30 issues. Yes, even after Steve died. This book, so far, brought back the detective/covert ops feel that I was waiting for. If there's one thing Brubaker is great at (well, there's more than one actually) it's writing Steve Rogers. He really has a handle on th...

Too Many Whoa Moments To Count 0

I have a feeling that this book is flying a little under the radar. That's a damn shame because this comic is absolutely stunning. Every panel is filled with the perfect blend of intrigue and Steve's aw shucks square jawed personality. It's almost like what if Jimmy Stewart were a badass spy. There's practically nothing wrong with this issue at all with the exception of a cover that I have a mild distaste for (I think Steve looks a little too barbarian-like). The art's great and compliments the ... 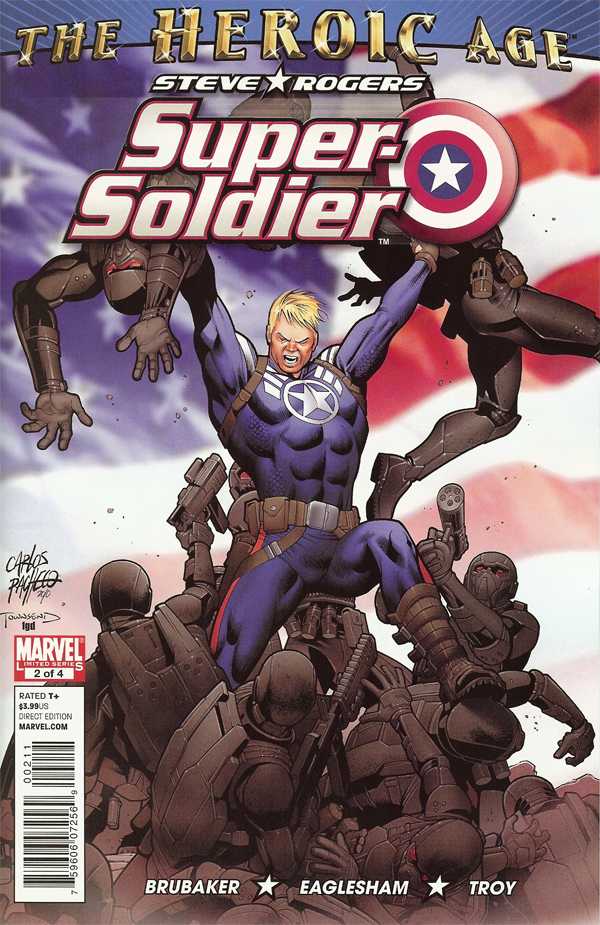