It was down to one of my angry feminism websites that I read this comic. I know I shouldn't have because I knew what I would think but it was causing a little bit of a giggle amongst the other girls-with-issues-and-keyboards.

I don't have much to say, there's nothing to spoil, I am simply going to state fact and that fact is mostly copy-paste from an artical I wrote for elsewhere.

I've only written a few reviews, I kind of like doing it and I tend to discuss my issues with comic books and the inustry as a whole rather than just the comic storyline itself. Here we have my biggest issue to date;
I have stated before that I believe this current trend towards summer blockbuster after blockbuster was smothering to the new readers. I have also discussed how this lean towards GIRLcomics where GIRLS have GIRLtalk and protect their GIRLpower while talking about FASHIONawesomes and MENsillyness and kicking some GIRLarse gets me down. But this, this effing superhero politician baloni gets me down the most. What is the point of this, I simply honestly cannot fathom why this is being done and being put out there. This cannot even be excused as trend-kitsch, there is no redeemable sense of irony and as it is not funny and fails when it comes to its attempts at being tongue-in-cheek, it raises absolutely no political point of any merit. Infact, it's just embarrassing, really.

I will explain why with two simple facts;
1. When Mickey Mouse is steampunk the trend is dead.
2. Her face makes me want to smash things. Look at her! Look at those Titties! I rage.

With a recent association to cross-hairs and shootings in public places, I can't help but feel this is a little badly timed. But that's not for me to discuss. There have been swathes of politicians and celebrity comics as of late. I'm not sure why, I believe that it's first and foremost a cash-in and I can understand that when it's squidging a little bit more pocket money out of the little girls with nicely drawn pictures of that sixteen year old with the tasty abs in the Twilight Autobiography series. The pop culture stylings of Lady Gaga do make for some fun images but for a ruddy boring story (She sang at a keyboard then became famous, you say!?) But this feels like a quick head on smashing of two (old) trends for the sake of it. It could have been achieved with anything really. It could be a game;

First, pick a celebrity or preferrably,  politician. Try to avoid anyone that will upset the Christians.
Then add a pop culture trend.
Finally, blag a story together to justify the eye catching silliness of the cover.

Abe Lincoln + Vampires hunting...No wait. Forget that one. This is moneyspinning at its worse, and it's not going to make any money which is the saddest thing about it, but for the fact that the cover is actually kind of beautiful in its own way. This makes no sense. I must be missing something somewhere. Perhaps you need to be American to get it, like syrup on bacon?

Whatever. It doesn't even matter anyway. At all.

Does she wear those goggles over her glasses do you think or do flame thrower goggles come in perscription? If so, I'll take mine as reflections too. Summer is coming after all. 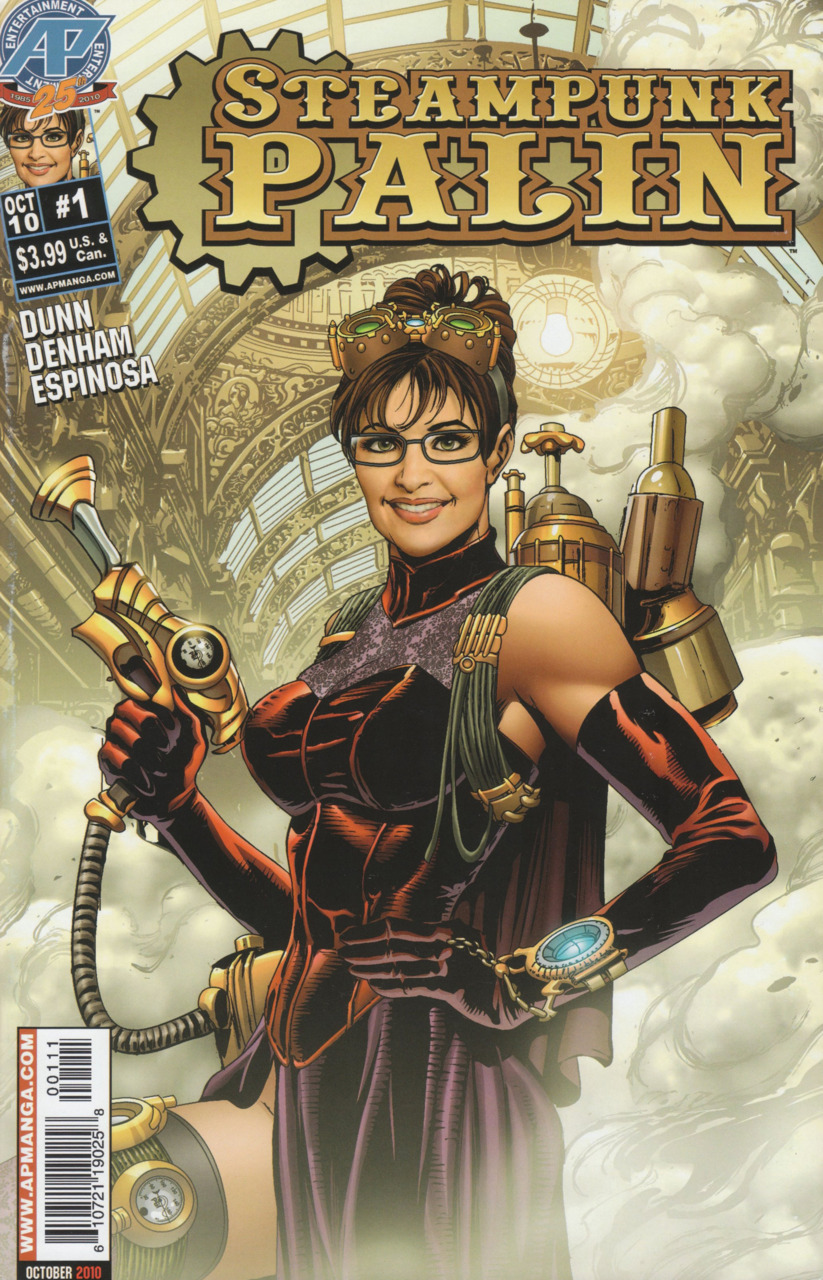