A not so heroic junk seller!

For some Starman is James Robinson's masterpiece.....I think they are right!

The first issue determines if the reader will be captivated enough to read the rest of the story,well Robinson nailed it.From the first page you see that the stakes are high,everything goes south and Opal City needs a hero.The main protagonist of the book is Jack Knight,son of Ted Knight(the first Starman).This is not a spoiler since you learn about it in the first two pages but Jack's Brother David(the sixth Starman!) died.This event triggered an outrage of crime in Opal city.Jack visits his father in a hospital, were we first get a glipse of who he is.He is a character that tries to escape his destiny,he doesn't want anything to do with the Starman persona.He comes out as pretty douche at the beginning but after a series of events you see he is not the man he tries to show.He reluctantly takes action,makes mistakes and rises up from them.
This hole issue is a big introduction to the world of Starman.You don't need any previous knowledge to understand everything that's happening.
James Robinson really did an excellent job on this book.Every character has a unique voice and a solid reason for being there.The story is extremely captivating, my only problem is in the dialogue, Robinson tends to put sentences where they aren't needed making the bubbles overflow with unecessary lines.Other than that i don't have any other problem with his writting.This is one of the best first issues i ever read, you really get the filling that something is being built in front of your eyes.
Also Tony Harris did an excellent job with the art. I don't think there is a problem with it, it's unique,beautiful and it fits perfectly with the story.

Starman # 1 is definitely a masterpiece and it deserves a 10/10.

Other reviews for Starman #1 - Sins of the Father: Part Two - Oil (Paint) And Water 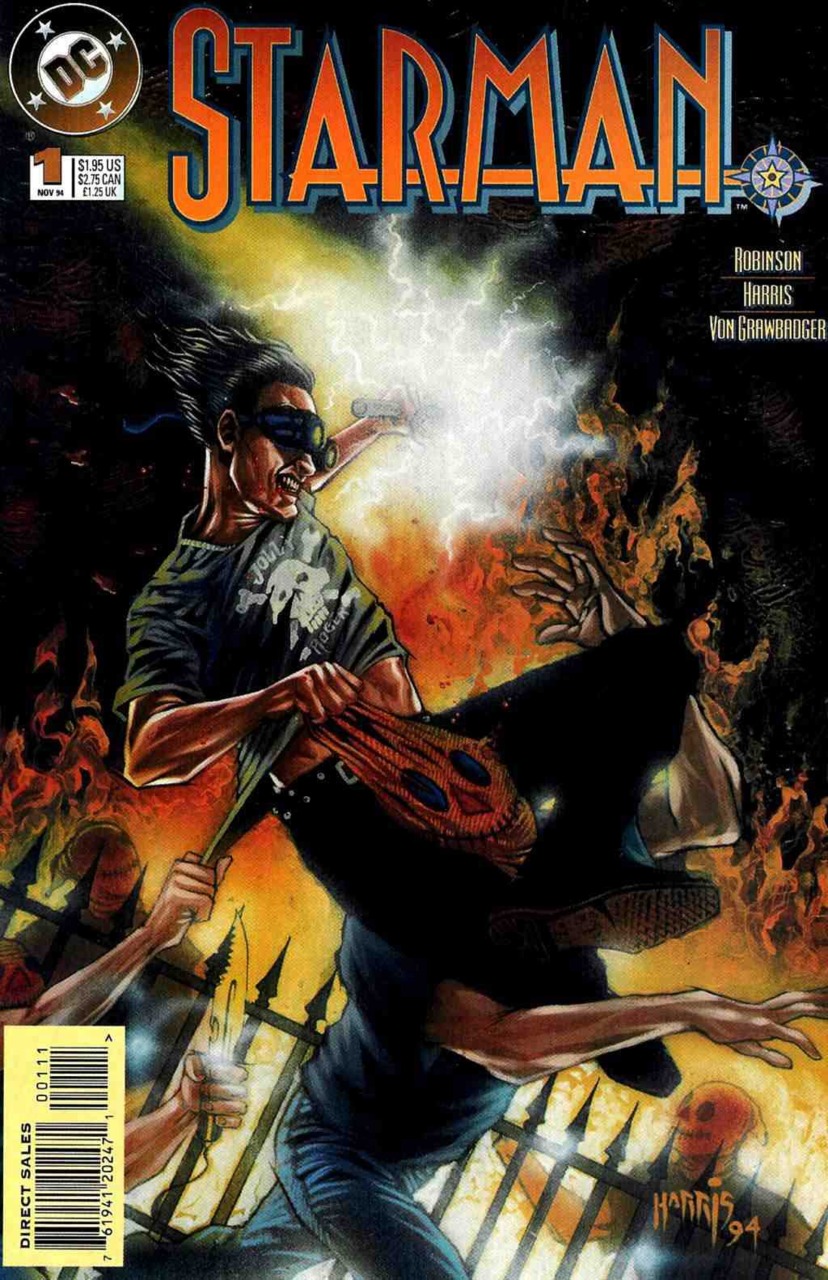