The End of History

I'm a little sad to have to write this review because I've been following Starborn for nearly its entire run. The story of Benjamin and his dark history as a secret descendant of an alien civilization and his quest to end the tyrannous legacy his father left behind is over and the story concluded. It's not easy to end a story, especially one that's only 12 issues, but I feel like it was done very well.

The overall story by Chris Roberson has had lots of beautiful battle scenes depicted by Khary Randolph and were really set off by Mitch Gerads' coloring. This issue had all of those elements, but focused more on a peaceful solution with a weapon that could have easily wiped out an entire fleet of star ships. It reminded me of Mobile Suit Gundam: 00 - Awakening of the Trailblazer where the new Gundam mobile suit uses it's powerful GN drive to communicate rather than exterminate.

After reading this series as whole I highly recommend it to anyone who likes big science fiction epics like Star Wars to pick it up and give it a shot. This has been my favorite of the Stan Lee signature comics from BOOM! Studios and I hope that it eventually gets a sequel series or spin-off. I'm going to give it a strong 4.5/5 for being a wonderful close on a really fun space opera.

Other reviews for Starborn #12 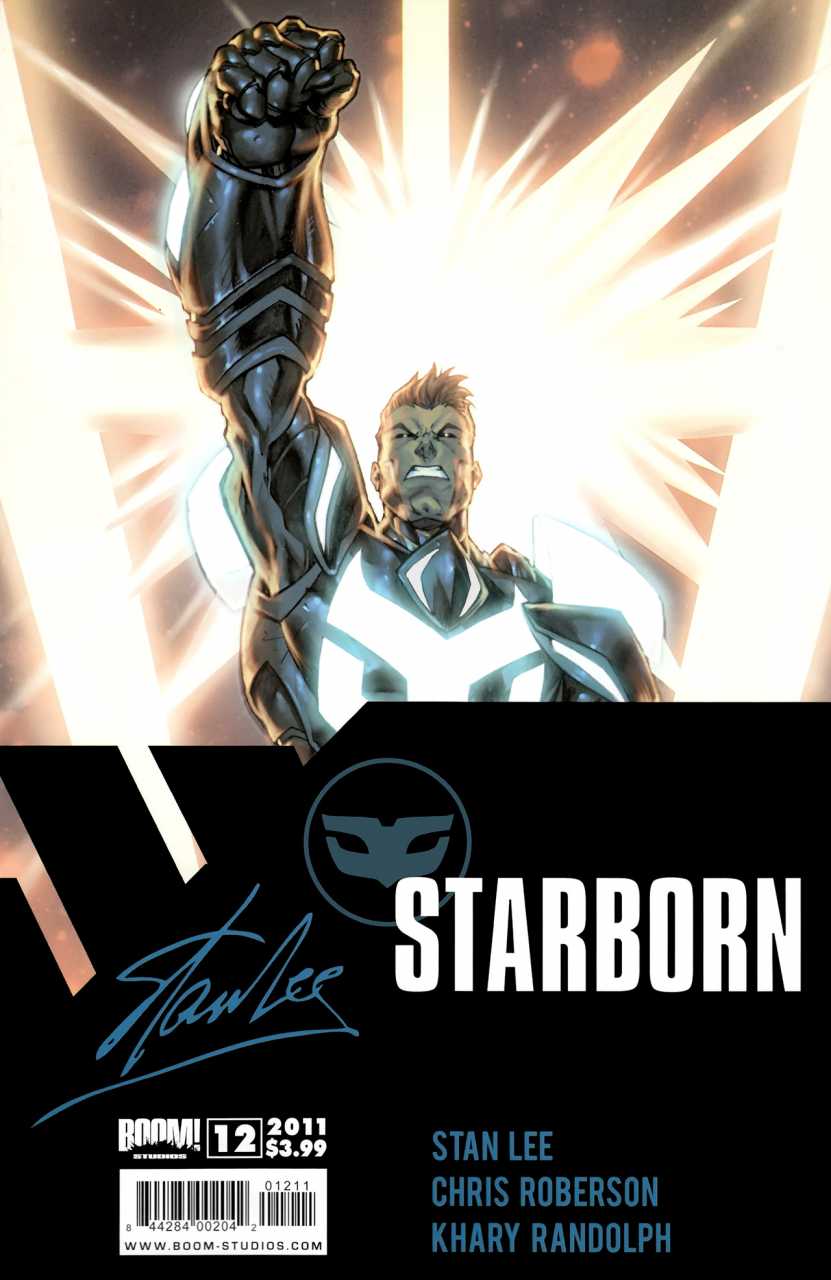