As The Color Fades, So Does Joy

Spider-Man stories have ranged from light hearted romps to dark and gruesome tales to just about everything in between. Given that this series is a noir tale, I expected that it would lean towards the darker end of the spectrum, but not nearly as much as it did. The creative team didn't hold back as they re-imagined all of Spidey's normally colorful cast of characters and origins. (Uncle Ben's death is particularly disturbing.)

As far as story is concerned, this isn't anything new. Powerful gangsters prey on the downtrodden and everyone's too scared to rise against them, save a select few brave individuals who inevitably become targets of said gangsters. The freshness comes in the characters and setting. This is less an original story than it is an alteration of a classic tale. It's fun to see how the different characters from Spidey lore pop up here and it makes an otherwise well known story fresh and exciting.

I'm a bit torn on the art. On one hand, it fits with the feel of the book perfectly and looks good in quite a few panels. On the other hand, though, it sometimes gets in the way of what's happening. There were a few sections that I couldn't quite grasp right away because I had to try and work out what was happening in the panel. I don't think that's so much the artist's fault, though. It's probably tough to draw coherent pictures when the only colors the genre your working in allows are brown, light brown, dark brown, and darker brown. But despite some troublesome bits, there's a lot of imagery I like here, such as a woman's tears forming an intricate web on her cheek. Cheesy? Yeah, a bit. But I like that kind of stuff.

It was interesting to see that, despite being a Spider-Man story, we don't get the tale from Peter's perspective; Ben Urich is the narrator here. I imagine that may change once Spidey actually makes a full fledged appearance, but for now, I actually like it.

This issue took me by surprise in more ways than one. It's something I'd definitely recommend to Spidey fans, though it would be with a viewer discretion advised preface. This isn't the bright and colorful webslinger that many people are used to.

Other reviews for Spider-Man: Noir #1

It's past your bedtime, kid. 0

Spider-man Noir is the latest in the Spider-man universes and is perhaps the darkest and grittiest of them all.  It gives a complete spin in the story of the life of young Peter Parker and is absolutely a breath of fresh air from the corny-comical antics of the Spider-man we know and love.  The story is set in 1933 New York, four years after Wall Street crashed and the Great Depression has just began.  We see young, idealistic Peter trying to make sense of the world around him with the death of ... 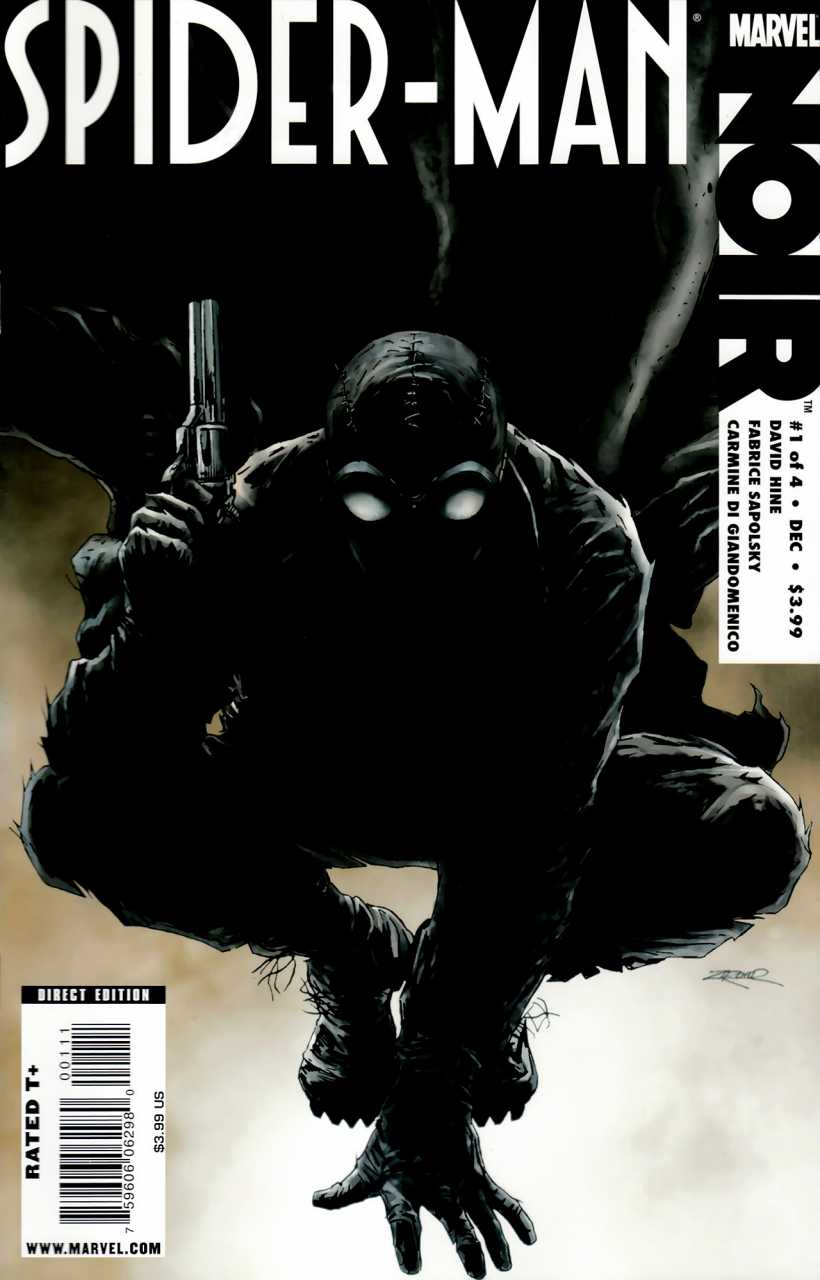 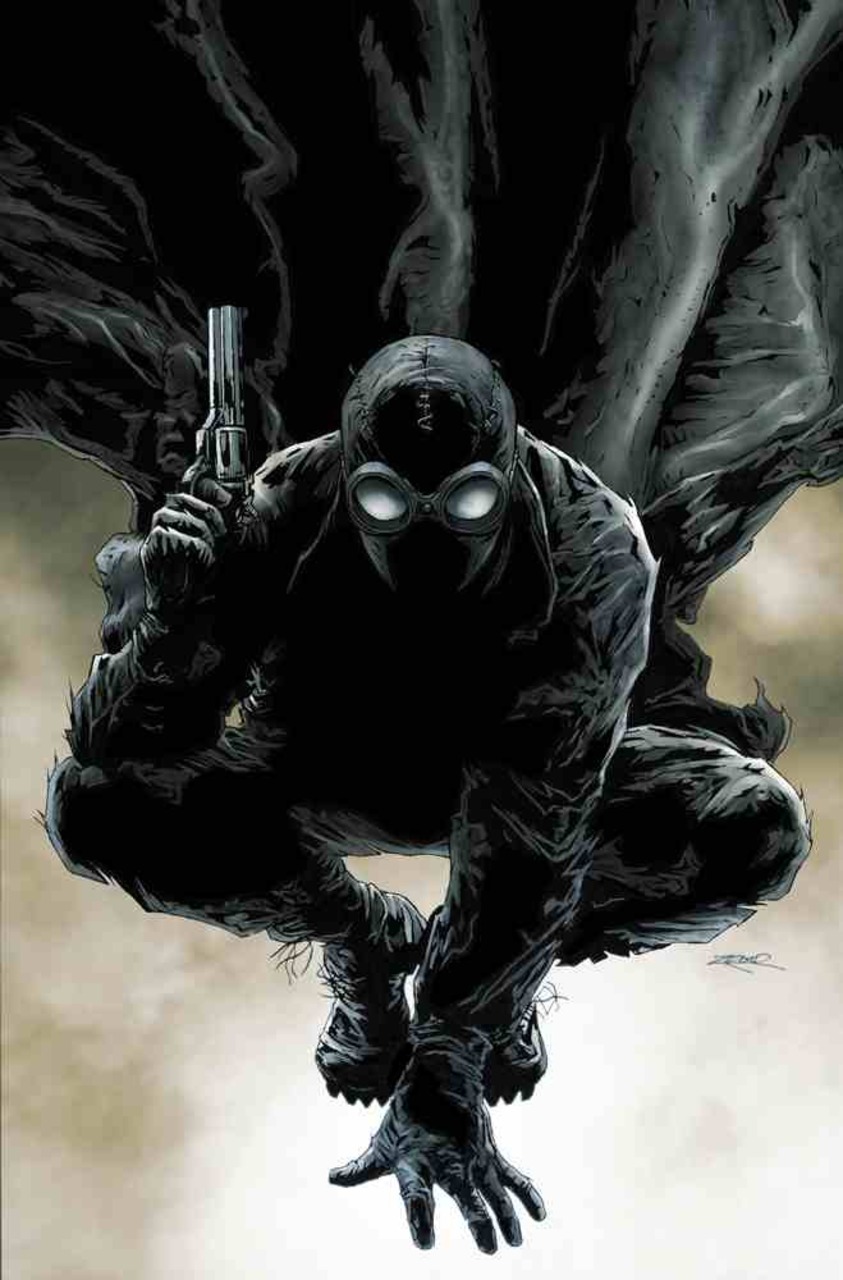 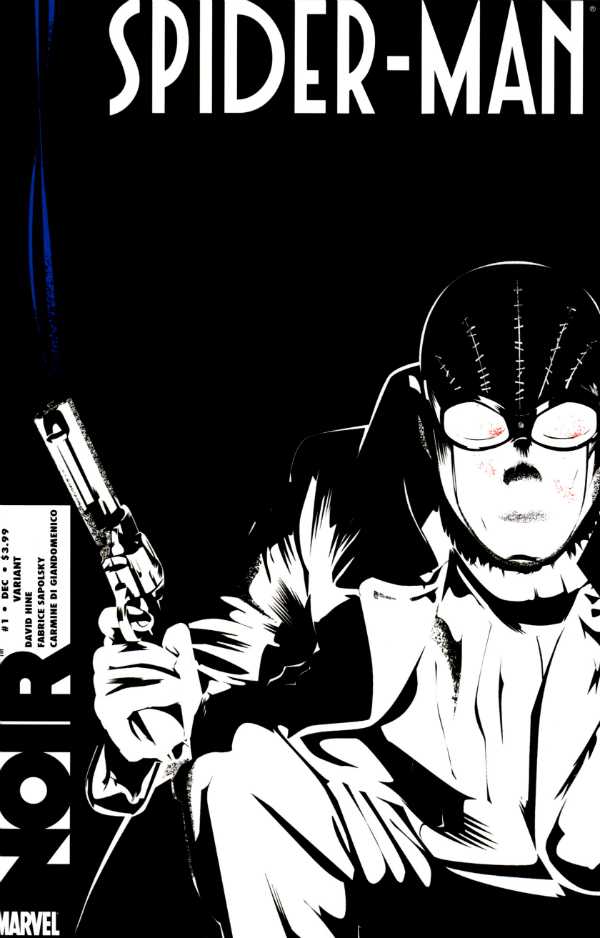