How many Sinestro Corps members are there?

How many Sinestro Corps members were there at there max height?

Also what about at the beginning of the new 52? 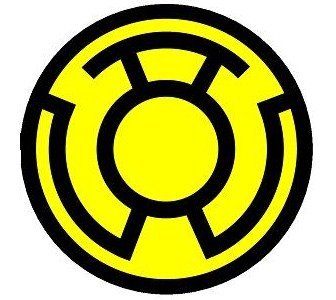 Oh boy...I'm totally going off (tired) memory, but wasn't Arkillo the only remaining member? At one point into the new-52 he was, at least.

@lightsout: There were a lot more members in the new 52 than just Arkillo.

@Clark_EL: @lightsout: in the beggining there was a bunch but right now IIRC there's only one, Arkillo

@Jorgevy: Yeah Hal and Sinestro took the others out.

Does anyone else know?

Is it the same amount as the GL corps?...higher, lower?

I don't know the definite numbers and I'm no expert, but I'd assume its well under the Green Lantern Corp's numbers.

@YourNeighborhoodComicGeek: Do you have a rough estimate?

Sorry I don't know much. I'm months behind in like....every comic book.

@dondave: Really? I thought they just had a couple hundred.

@Clark_EL: I don't think so because whenever they die it's similar to the Green lanterns that it show their sector number and their ring finding a replacement essentially showing that IMO that they have a ring in every sector. Also the Weaponer is still alive but he's not a Yellow Lantern anymore

@dondave: Ok, true but don't all the corps do that....they say the number of the sector of the person who has the greatest feel of that emotion so I think it would be that way for all the corps but I'm not sure.

Ok, true but don't all the corps do that....they say the number of the sector of the person who has the greatest feel of that emotion so I think it would be that way for all the corps but I'm not sure.

Nope. Unless I'm very much mistaken, the other Corps select members based on who deserves a Ring: For the Reds, do you have great Rage in your heart? Boom, you've got a ring. For the Indigos, do you require a lesson in compassion? Boom, one purple brainwashing, at your service. The reason the Green's and Yellow's have that system is because they're both militarized forces, designed to use their abilities for their own respective ends: For the Green's, as a police force. For Yellow, whatever Sinestro wants.

Anyway: I'm fairly certain I read somewhere about Hal and Sinestro wiping out the vast majority of the Corps following Sinestro's reinstatement as a Green Lantern. Him 'cleaning up his mess', so to speak, thus leaving only Arkillo.

Well, if you want to get technical, there's not Sinestro Corps members left, since Sinestro has clearly lost Arkillo's loyalty.

@JonSmith: you are correct the first issued of Green Lantern new 52...........The Green's, Yellow's, and the Red's are the biggest right? Those are the Lantern armies, the others are really tribes to protect there own planet.

The Green's, Yellow's, and the Red's are the biggest right? Those are the Lantern armies, the others are really tribes to protect there own planet.

Probably. The Green's and Yellow's have a system to insure constant sufficient recruits. The Red's just live in a reality that's enough like ours to be filled with people angry and full of hatred at the universe. Comparatively, the other emotions with their own Corps are mostly positive. And people who feel a great deal of those tend to be a lot harder to find.

I don't think they were ever even.....there were never 2 Sinestro Corps members per sector...at most there were 3600

@JonSmith: Well didn't the Green's and Red's have there own war at one point, or they fought with the yellows as allies against the Green's?

@danhimself: That's what I kind of thought.

When a Sinestro Corps member dies their ring seeks a replacement. Whether or not they have two Lanterns for each sector like the GLs, I don't know and haven't seen it mentioned anywhere. So if they had 1 for every 1 sector, that would mean 3,600.

Also, the range I suggested could still be wrong as they might not have a Yellow Lantern for EVERY sector either. So yeah... Still not sure lol