Joseph Gordon-Levitt Says 'No' To 'Guardians,' Yes To 'Sin City 2'

If there's one person we've talked a lot about lately it's actor Joseph Gordon-Levitt. He's been rumored to be in talks for a Justice League movie as well as offered a role in the Marvel's upcoming Guardians of the Galaxy film, but these have all been just rumors, until now. The actor recently took to his Twitter account to confirm the most recent rumor and announce that he will be joining the cast of Sin City 2.

The actor will be playing the part of a gambler named Johnny, a role originally written for actor Johnny Depp, who turned it down.

Probably the best news to come out of all of this might be the fact that Gordon-Levitt seems genuinely excited to be a part of the project that has been a long time coming. The actor will be joining a stellar cast who will reprise their roles from the first film including Mickey Rourke, Jessica Alba, Jaime King and Rosario Dawson, to name a few. It will be interesting to see where Frank Miller and Robert Rodriguez take this story. What do you think of the news? Are you looking forward to seeing Gordon-Levitt in the role?

it funny with me and Frank millers work. On one hand i think his movies are epic (exept for the spirit that thing was crap not worth the £10 ciniema ticket) and on the other hid comic stuff is just bad. Really looking forward to sin city 2

I don't see what the craze is about this actor, but I hope he does well.

@Z3RO180: Miller is as underrated as he is overrated. TDKR, Year One, Sin City, and 300 are amazing. While TDKSB and others are horrible.

Didn't like the movie but I love the cast. Rosario Dawson <3

JGL is a good actor, but I don't think he'll ever top his role in the movie, 10 Things I Hate About You. Classic Shakespeare brought to the modern age. Great film.

Great he's an awesome actor and I love Sin City.

Hasn't Sin City been in production for like 5 years? I mean I remember when Johnny Depp was rumored to be in it. I hope it comes out the first one was great but I am not going to buy into this to much till I see me a release date. As got JGL I think he is a good actor but he is getting to be one of those actors that is rumored to be in everything.

JGL is a good actor, but I don't think he'll ever top his role in the movie, 10 Things I Hate About You. Classic Shakespeare brought to the modern age. Great film.

Amazing movie. Will forever be one of my favorites.
8 years ago

I have no doubt that if Sin City 2 is anything like the first then, well.... it'll be terrible. And the GOTG features a talking raccoon sooooo poor choices on either side. 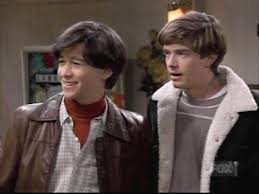 This little bastard is on top of the world all of a sudden. Who would have ever thought the little kid from Third Rock would go so far.

Is that an issue now?
8 years ago

Where did he say no to the Guardians of the Galaxy movie? I see only him being stoked about Sin City 2.

And the GOTG features a talking raccoon sooooo poor choices on either side.

Seriously. They're putting in Rocket Raccoon and not including Nova. How the hell? How. The. Hell?

JGL will be in every movie of 2013. Great Actor btw

Enough of him already ugh

For some reason, Joseph Gordon Levitt doesn't resonate with me. I don't hate him or anything but I just don't walk away from his movies with a lasting impression. I keep forgetting he was even in Dark Knight Rises.

I think I respect him more now that he choose to be in sin city 2 and not GoG. You need to have brains n blls to make such a good decision; i wished that a fraction of that could have had nolan, hardy and hathaweird before making nolans vatman movie.

Will he crunch his face up like Max Payne, or uuh Bruce Willis for half the film?! :) JGL is a great actor. Should make the film fail a lot less.

He does seem excited. He said fuck.

#26  Edited By Yung ANcient One

Much better choice I say.

Cannot wait for Sin City: A Dame to Kill For, the first movie is easily one of my favorite comic book movies ever.

The movie is going to be epic.

For some reason, Joseph Gordon Levitt doesn't resonate with me. I don't hate him or anything but I just don't walk away from his movies with a lasting impression. I keep forgetting he was even in Dark Knight Rises.

lol same here, and I feel the same about him while watching Lincoln, The only movie last year he really made a big impression on was Looper. I like JGL though and I am not mad that he is in this film.

Love to see that guy do another epic role. This guy is great. Unique and simple like on looper, premium rush, 50/50. If only they wud put a spin-off sequel to the DKR.

#34  Edited By The Average Bear

So excited for this movie.