I SCREAM in MADNESS

Finally Vertigo is collection Peter Milligan's fan favorite series.  This book is intense and you can't just read it one.  This book takes you to Madness and you may not return once you see it.  This re-imaging of Steve Ditko's Shade proved to be one of the reasons for the success of Vertigo.  Vertigo being a mature readers line, the comics had high violence and mature themes.  Peter Milligan, much like Grant Morrison created works that were more then just what we see on the surface.  Shade the Changing Man, this volume specifically, showed me how much a a genius Peter Milligan really is.

This is an epic horror tale of visual insanity.  It is not just JFK's murder explored, it is an early essay of what is real.  Reality and Madness are just perceptions and Peter Milligan does a wonderful job exploring this if you just open your eyes.

The man really is a genius.  In the first 8 pages you can see the great use of black comedy.  The man who killed Kathy's parents would be come Shade an alien she would later help and a black boy friend brought home, "down south" to meet the parents, only to be the target of police's "Mistake of identity" and I say "racial profiling".  The black humor in that whole few pages is bold, borderline tasteless, but a statement that only the brave could make... which is "Truth" and "Reality". There really is a thin line between genius and insanity... Peter Milligan is jumping back and forth freely between them.

The art is laid out in pencil nicely by the then rookie Chris Bachalo ( Death: High Cost of living).  The story is increased in intensity with the inking job of Mark Pennington, who would extend some issues with splashes of ink, symbolically creating chaos and blending reality.  Daniel Vozzo did a wonderful coloring job considering that this was a time before DC had Wildstorm or computer coloring.  Brendan McCarthy's covers are surreal.

Verdict:
If you are a big Vertigo fan and have not read this, check it out.  It is one of the most celebrated Peter Milligan series for a reason, let alone one of Vertigo's longest running series.

Other reviews for Shade, the Changing Man: American Scream #1 - Volume 1

This was something, alright. 0

I am not a huge a Milligan fan, like at all. This is my first real attempt to get into his work and you want to know something? I still don't know if he's a world class genius that dares to question everything or a lunatic who's messing with stuff that has no need to be messed with. The art while very good wasn't especially mind blowing. It showed what needed to be shown, but never tried to do more then that. TKe that for what you will. Now when I heard about this book I asked myself "Se... 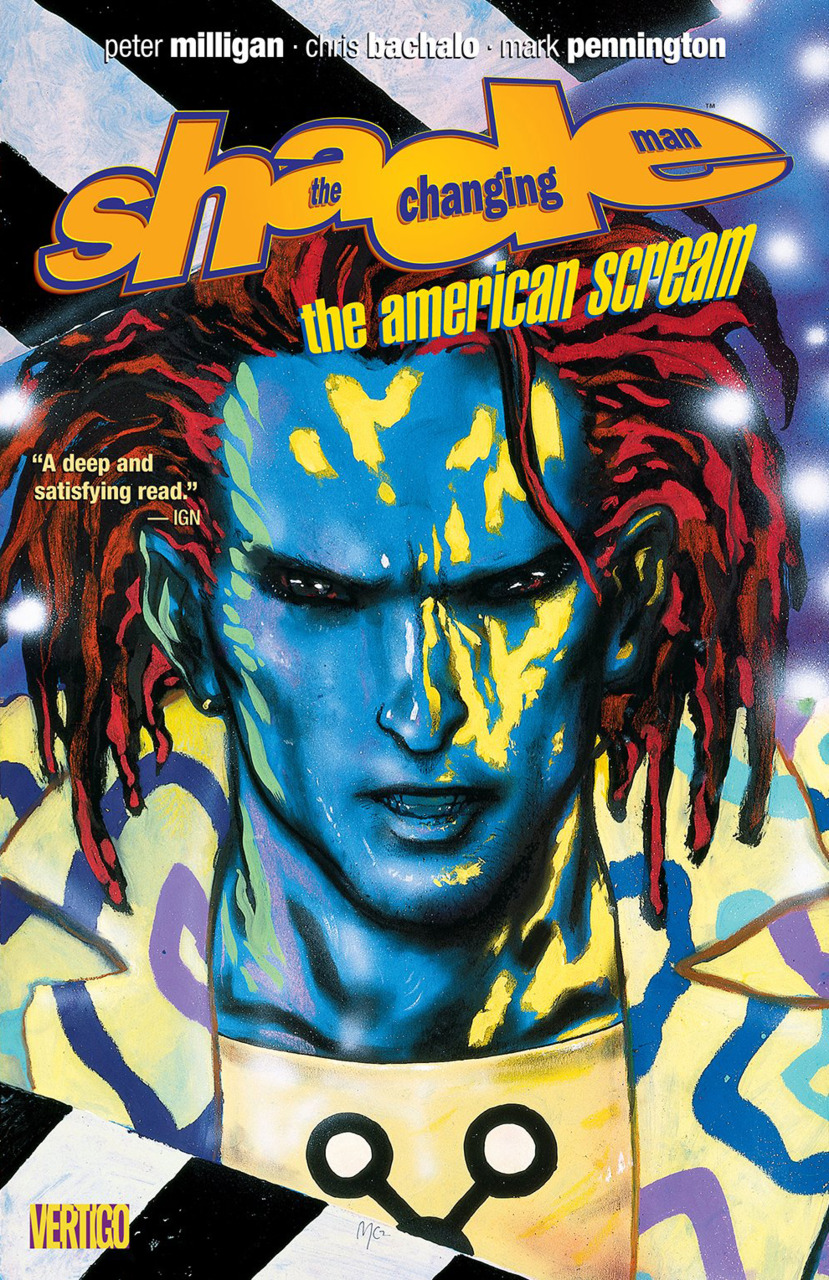 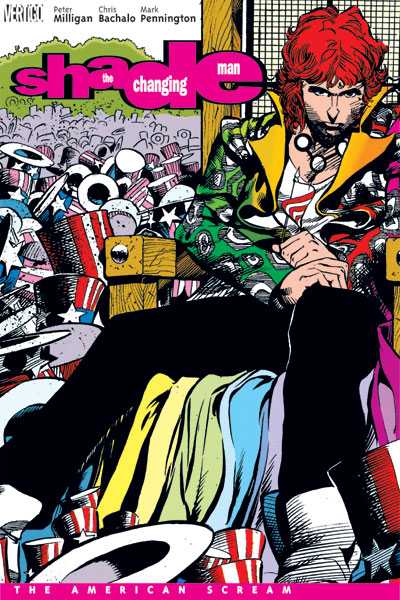