djotaku's Sex #1 - Chapter One: The Summer of Hard review

Sex? Not so much.

Surprisingly there isn’t much sex in Sex #1. I say surprisingly because this book wasn’t called Armored Saint and then advertised as a mature book with sex. It’s like having a book called Batman in which hero doesn’t make an appearance. If sex isn’t the driving force of the book, it’s a weird name. It appears that, perhaps, the title is just the ultimate experiment in determining if sex sells. But let’s put the title aside for now.

The mention of Batman is apt because the main character, Simon Cooke, seems to be a Bruce Wayne. He even has a company named after him, The Cooke Company. Of course, the use of the rich man turned vigilante superhero archetype is neither an automatic negative nor positive. There are others within mainstream comics – The Green Arrow, Iron Man – who are not derivative of Batman. In fact, there is the possibility that writer Joe Casey will take advantage of a new character in his own universe to explore how well or how badly that should work in real life. A deconstruction or a reconstruction – either would be an interesting take. Of course, there’s been some of that in recent years within Batman and Batman, Inc’s disclosed ties with Batman throws a new wrinkle in the old story, but they’re limited with an established character. I can’t imagine Batman’s ties to Wayne Industries leading to any permanent change in the status quo.

The story begins with the revelation that Simon Cooke, who we soon learn was a super hero known as The Armored Saint, has been away from Saturn City for an extended amount of time. We learn why he was away within this issue, but not the events surrounding the reason why he was away. We also learn that Saturn City is like Gotham City (or any sufficiently large metropolis) – extremely sketchy and in need of a superhero. I think I’ll leave the rest of the specifics of the plot alone since this is an advanced review.

One of the topics Joe Casey seems to be setting up for discussion within at least the first arc of Sex is the question of superhero power dynamics. In other words, quite a lot of ink (real and digital) has been used to talk about how Batman’s appearance is responsible for the villains he faces. Different authors and different medium have addressed this to different degrees. Sometimes it’s literally Batman’s fault as in when he knocks someone into some acid or some villain he’s chasing crashes into the new pre-villain. Other times it’s more about the fact that in the face of a Batman-like vigilante, crime needs to step up its game. Regular crime families can’t hack it – you need someone like the Penguin. Since Batman is somewhat Marty Stuish in his abilities – the best at karate, super smart, etc, you need someone like Riddler to take him on intellectually. So what happens when the hero is gone? In Grant Morrison’s Batman and Robin Vol 1 Joker becomes a detective and hero of sorts when Batman is “dead”. In Sex, there is a discussion of the effects on Saturn City with The Armored Saint’s sabbatical. I’ll be curious to see Casey’s commentary on the situation. There is, as I mentioned before, only one sex scene in Sex #1 and it is pornographic. That is not a matter of me being prudish, it’s a matter of where the sex takes place. A character within the book goes to a super high end version of those sex places they used to have in New York City’s time square. But instead of standing in a booth to watch some live porn, the character gets a nice-looking room in which they can relax and relieve themselves while watching the sex. It’s fine – it appears to be Joe Casey saying that without the main superhero, Saturn City has become 1980s New York City. I thought this book was going to be more like an HBO or Showtime show – superheroes having sex with each other or villains (like a grownup Romeo and Juliet) or something like that. And it might still be that way, after all this is only the first issue.

Speaking of that, many Image Comics have recently been publishing oversized first issues. I think Sex would have done better with a first issue that went beyond 22 pages. We’re seeing a new world we’ve never seen before with characters we don’t recognize. Story-wise I’m intrigued – I’d like to know more about why Simon Cooke left Saturn City. I want to see how seedy the city has become and whether he ends up resuming the mantle of The Armored Saint or whether he mentors someone else. Will the city accept him back or will they resent what the city became while he was gone? All quite compelling, but at the same time – given how wishy-washy the character is, given the overall lack of sex in Sex, and given that we have to wait another month to see what’s going on – it seems quite a gamble to ask readers to pay and put faith in such a slow burn. In the end, I think it depends on the reader’s tolerance for first issues that ask a lot of questions and don’t provide much in the way of answers. When it’s X-Men I already know the world and I can focus on the current conflict. Here I’m trying to figure out the characters AND the conflict.

As someone who is VERY interested in Christy Blanch’s Gender in Comic Books class, I’m actually curious to see how the sex will be handled in Sex. In this issue we see some typical hetero-normal, male-oriented sex scenes. It will be interesting to see whether Casey flips it up and also has female power dynamics as well as homo-normal sex scenes and fantasies. I already noticed one pair of characters that might be gay, although I could have just been reading too much into their dialog.

The art is by Piotr Kowolski. His pencils are nothing special for a superhero book, but his deep inks really add a lot to the artwork. It gives the book a much higher contrast and both a more noir and “dirty” feel similar to the art in Harvest. Brad Simpson is on colorist duty. He makes some very unique color choices – sometimes characters are entirely blue or yellow (which seem to be the primary colors Simpson is using on this book) Rus Wooton is working on the lettering. I’ve enjoyed his lettering everywhere I’ve come across it. I can’t remember if he works for Marvel or DC (or only Image), but I’ve definitely typed his name into my comic book database a lot. He has gone with a very interesting highlighting on the text. Usually comics have certain words in bold. Sometimes they’re keywords like Joker saying the word “joke”. In this comic certain words are highlighted in the same blues and yellows that Simpson peppers throughout the book. Just as with the bolded words, sometimes they seem to have a point to them and other times they seem to be random words. Sex #1 is a strange beast. Joe Casey has a lot of potential with this series. I’ve often wanted to have a more adult super hero book. I’m not for gratuitous sex, violence, or profanity, but they are parts of our world. I think villains should talk like villains. I think sex is a normal behavior that most adults partake in quite regularly. We don’t necessarily need to see supers having sex, but whenever I see Emma Frost, of all people, holding up a modesty blanket when Scott’s in the room with her, I just crack up. (Personality aside, her costume is usually more revealing) I happened to think that the Batman and Catwoman sex scene of The New 52 was long overdue. I think it only had the backlash it did because of all the cheesecake of the previous and following issues. If it had been handled properly it would have been something that OF COURSE Batman and Catwoman had done or would do. Think of a private club that all heroes belong to – dating others who are like sculpted greek statues – the ultimate in the human physical and sexual ideal – of course they would be having sex. And look at what they are doing all the time. As Faith says in season 3 of Buffy, “Doesn’t slaying make you so horny?”

And if that all sounds a bit circular it’s because I’m having a hard time (no pun intended) wrapping my head (also no pun intended) around this book. And, given the great potential that it has, I’m afraid it’s going to be skipped on its name only or others will just have a hard time reacting to it and give it a bad score.

My score is 7.5/10. And I say buy it. You may find yourself similarly teased and eager for the climax to arrive. (pun intended that time)

Other reviews for Sex #1 - Chapter One: The Summer of Hard 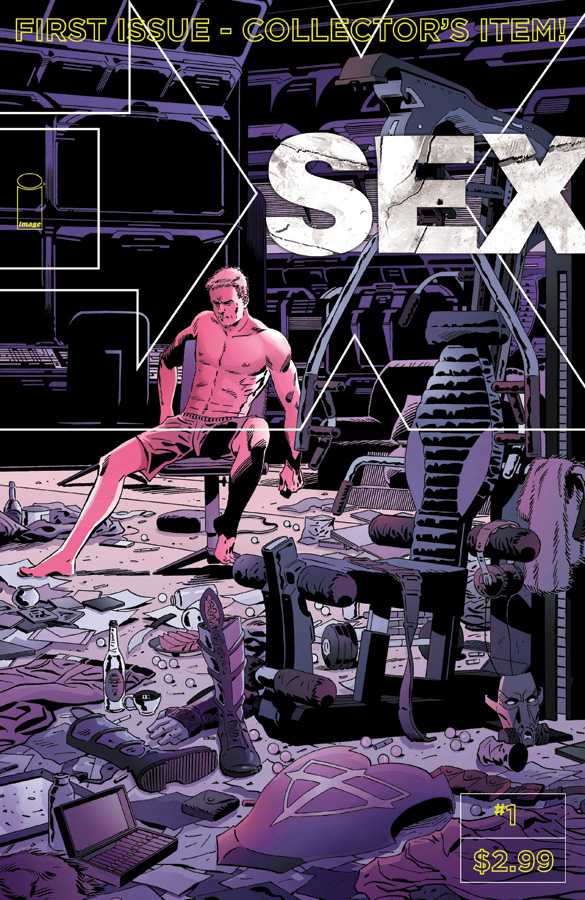 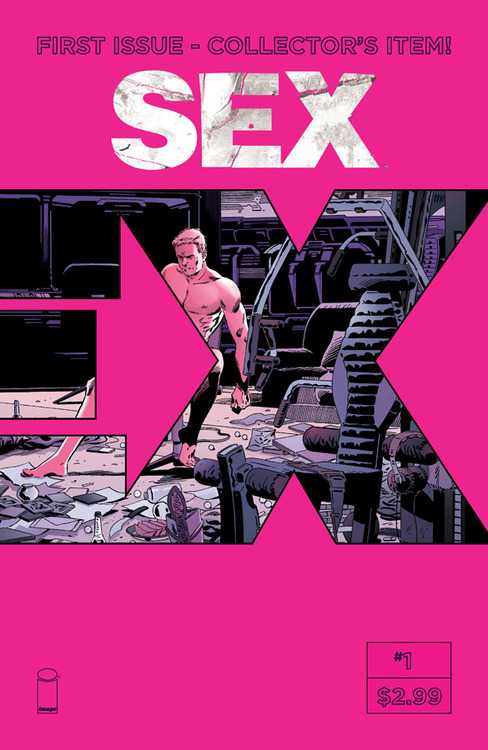 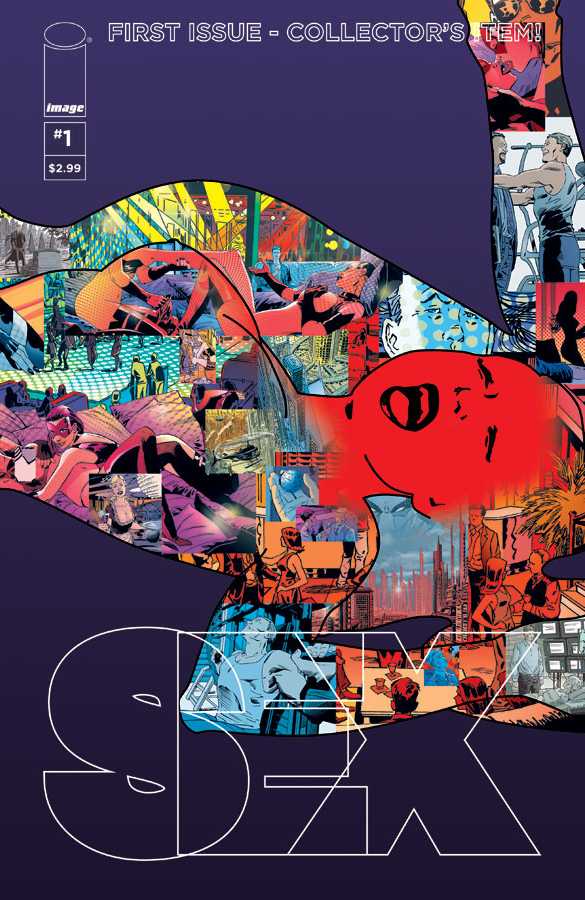 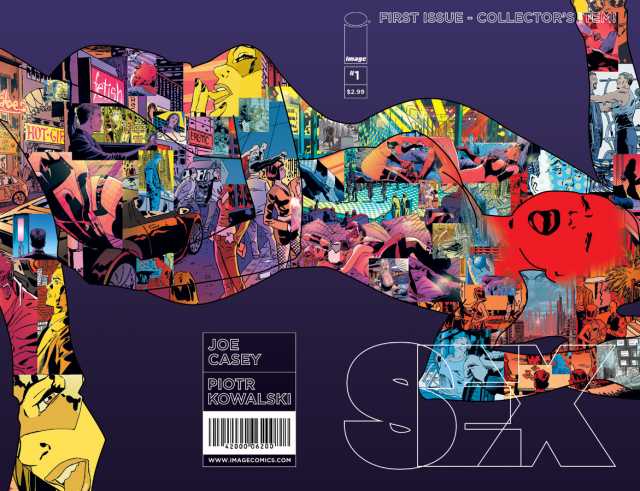 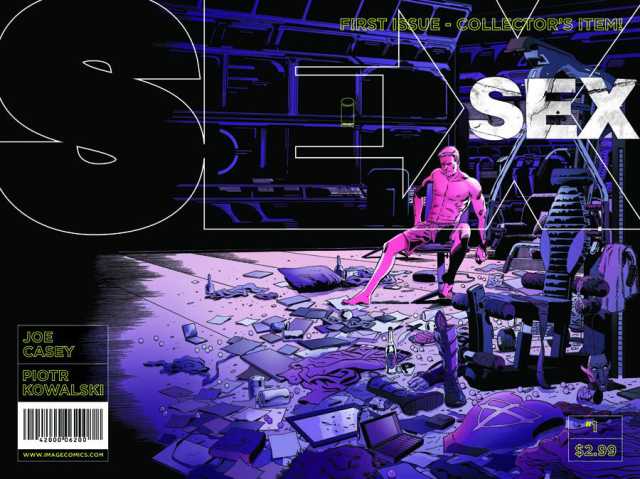