This is the issue where a lot of unsuspected things happened and some revelations revealed. I'm not going to go through the whole story like I usually do since this was an issue I was supposed to review a long time ago but I am going to highlight the good stuff. I swear to god this issue really made me fall of my chair. Here's why:

Everyone as in everyone would like to see them both try to beat the crap out of each other right? I would too. In this issue, we see them having an encounter on the battlefield but sadly they didn't really do anything together, at least in this issue!

2. Everyone fighting each other! Thors vs Cabal, Heroes vs Cabal, Phoenix Cyclops vs Doom God. It's insane!!!

Here we can see everyone fighting each other! I don't know if you felt the same way as I did but it kinda gave me a geekgasm. I mean it was just awesome to see that.

3. Doom and Richards face to face!

Finally! The old mortal enemies from the old world finally meet! I can remember smiling when I was reading this part since it seems to be a slap on Doom's face.

So after we see Doom having a little tantrum by baptizing everyone with fire, Cyclops blasts him with his Phoenix power. Doom seems to have been damaged badly by Cyclops (hooray!). I thought Doom was going to teleport back to H.Q. but noooo! He steps up and snaps Cyclop's neck like it was a piece of toothpick. Ouch!

Of all the crazy things that happened in this issue, this is the one that really got to me. Just right after Doom snaps Cyclop's neck, Stephen did some of his magic and separated everyone so the intense battle would stop. Stephen tells Doom that he's still afraid of Reed even though he's already a god. Of all the things they've been through I DID NOT expect Doom to kill his old friend with ease. I was like SHIT!!! SHIT!! SHIT!! I never knew Stephen's role in this amazing story arc would be so short.

Like any other issues in the series this should be in your "To Buy" list. If you're not a fan of the series then it's fine if you ignore it but to those who plan to follow the entire series, get this issue. It would be quite a shame if you do not have this issue in your collection since this is personally one of my favorite ones.

Other reviews for Secret Wars #4 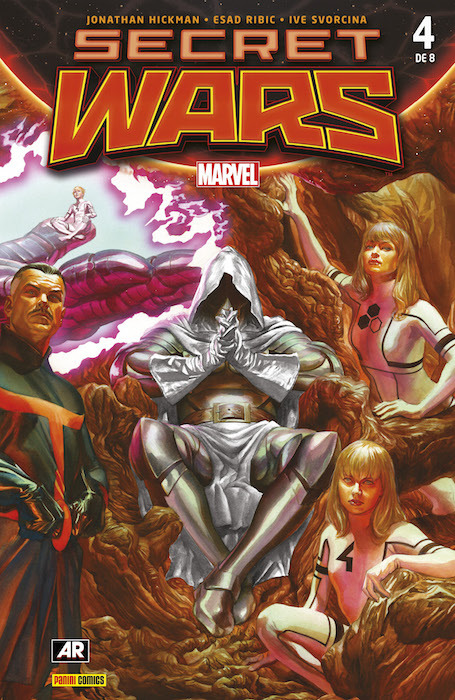 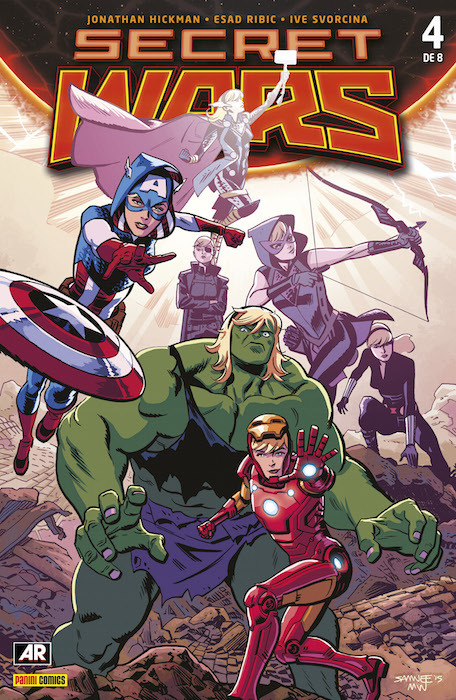