All the Worlds a Stage

Secret Wars is now fully afoot. We’ve had roughly three weeks worth of tie-ins come out and won’t seem to be hitting our first major delay until Secret Wars #4. Most surprisingly we’re three issues into the main title and I am not dreading its continuation. Event fatigue is a real thing, especially when most recent events in memory (Convergence, AXIS) were poorly handled. Most big event books for a variety of reasons tend to have purposiveness without purpoes; be it from poor plotting and structure or an over abundant and hyperbolic marketing campaign that begins before the last “Big Event” has barely begun. The latter is out of the control of the creative team but plotting and structure are far more within their control. With his two year run on Avengers-New Avengers and creative owned titles like East of West it should’ve been a given that writer (and credited designer) Jonathan Hickman would at least make for a structurally interesting title.

Secret Wars is a massive event, unlike say AXIS which featured its share of tie-ins, this behemoth has engulfed 90%+ of Marvel’s capes publishing. Other than Unbeatable Squirrel Girl and I believe Spider-Gwen, everything else has effectively been “cancelled” and replaced with Secret War tie-in titles. That is a lot of infrastructure to manage, especially if the main title is supposed to lead the way. Only so far Secret Wars hasn’t been some plot driven macguffin chase action epic, it is refreshingly slow and intimate. “The Eye of Doom” focuses in on Battleworlds two top men, Dr. Doom and Sheriff Strange while sill managing to feel grand and epic.

Game of Thrones Season 5 Episode 8 “Hardhome” featured the top action sequence that series has done thus far with its 20 minute massacre at Hardhome. It is a 20 minute action ride that is pure Bayhem in the best way, better than most blockbuster action set pieces for sure. In a featurette about the production of the sequence, showrunner D.B. Weiss mentions how it was initially written much larger and it was giving them some trouble on a production end, until episode director Miguel Sapochnik talked them in about reigning the scenes point of view to the gate. This was the correct call, limiting the point of view to the gate allowed for the creation of a knowable geography for the viewer as the frame jumped across three main points of action within the larger sequence. By limiting the action to a few recognizable characters (Jon Snow, Tormund, Karsi) audiences are able to empathies with and believe in the human struggle as ice zombies rain from the mountain tops and CGI spectacle reigns.

Hickman has his own gate of sorts in Secret Wars, by sectioning off the issue into three distinct sections (“Affairs of State”.”The Disquiet Heart of God”. “God Doom Loves All Men But One”) he divides the page count of the book and into three short stories running 9. 5. 10 pages respectively. These brief episodes create an understandable setting or sequences for readers have been largely conversational and slowly rolling out the greater mythology of Battleworld. Johnny Storm is revealed to be the Sun of Battleworld (punishment decreed by Sue) in “Heart of God” and in the next section, Maximus the Mad remarks that the Sun seems to follow the planet. It portends at a greater world beyond the wall but isn’t really shown because it isn’t necessary for the story being told. The episodic storytelling also has the added benefit of creating the semblance of more content by jumping across three separate but connected episodes.

This sort of structure isn’t anything new for Hickman, he uses it in East of West his sci-fi western tale of the End Times.

Mythology in terms of pop culture storytelling to me is largely superfluous fluff, an indefinable macguffin. I care so much in its ability to build context but minutia and function is never of that much interest. All that matters is character. “The Eye of Doom” reveals the origin of Battleworld, it was created by Doom and Doc. Strange at the End of All Things from fragments of the 616 and other pieces from Incursion points, explaining the patch work nature of Battleworld. Wakanda according to Sheriff Strange can be seen in the Upper Kingdoms in both form and function. All of this is novel but what makes it matters is that it informs the Doom-Strange relationship. This shared memory explains why Doctor Strange and Doom are working together, the former allowing the latter to become God Emperor both because he did not want it and Doom is “very very good at playing God”. “Playing” is a very apt term, it denotes Doom and Strange as playing roles casting them as director/producers and co-stars of the product that is Secret Wars.

In the first episode “Affairs of State” Hickman and Ribic elicit a very paternal feeling in their portrayal of Doom and Strange. They are the pair that made Battleworld and remember the End of All Things. But at the same time you there is a small creeping doubt lurking in that all of this is just play and will fall like a house of cards at a moment’s notice; like they don’t have promised new clothes. The egotistical Doom event admits to Susan that he feels like a “poor God”, the only imperfect thing in his perfect creation.

This creeping dread explains why Strange is as attentive in his role as Sheriff of Battleworld (a hilariously anachronistic title). When he opens up the FF Life Raft and explains to them the creation of Battleworld, he uses the Doom Creation myth. The myth created for the inhabitants of battleworld. He constantly refers to “God” creating everything. Reed and the Others have no knowledge of this it makes no sense, except to Strange because it reaffirms the structure that holds Battleworld together and his role in it. Esad Ribic’s art continues to be stellar in his ability to get a wide range of emotions (sometimes conflicting) across at the same time. Several times throughout the issue, Ribic simply draws Strange in bust, emphasizing his emotive response found in his face as opposed to his overall body language. Even Doctor Doom with his mask of stoic iron is given some range by manipulating the shadows and size of his eyes.

Other reviews for Secret Wars #3 - The Eye of Doom

Secret Wars #3 - The Eye of Doom by rocketraccoonthingy on September 02, 2015

Sheriff Strange discovers Miles Morales in the remains of the shaft in Utopolis. Miles shocked Stephen when he tells him that he can remember the world before battleworld. Together with the young Thor and Miles, they went to Agamotto Stephen's stronghold where he kept another raft he discovered. Peter Parker, Reed Richards, Star Lord, Captain Marvel, Thor (Jane Foster) and Black Panther appeared before Stephen and Miles. The survivors were confused until Stephen explained that Doctor Doom is a G... 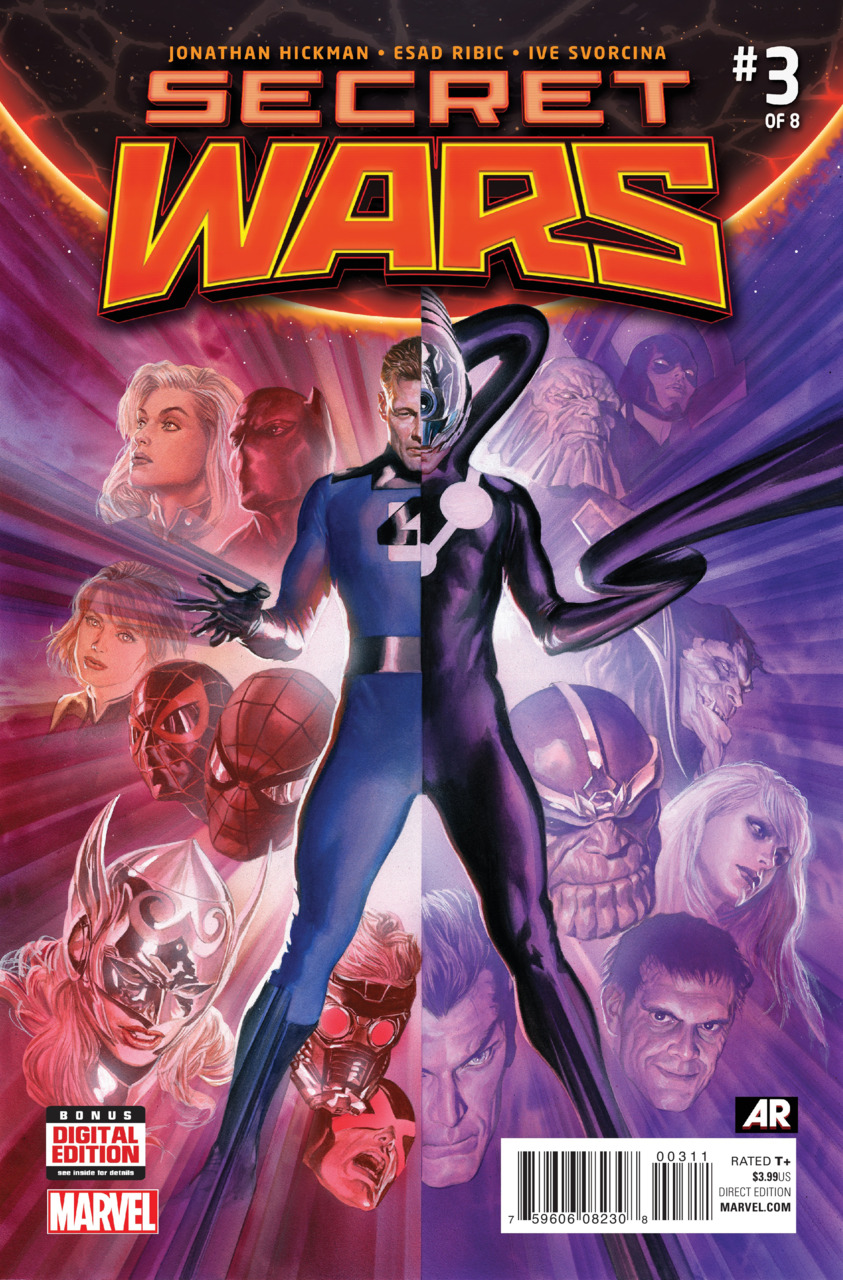 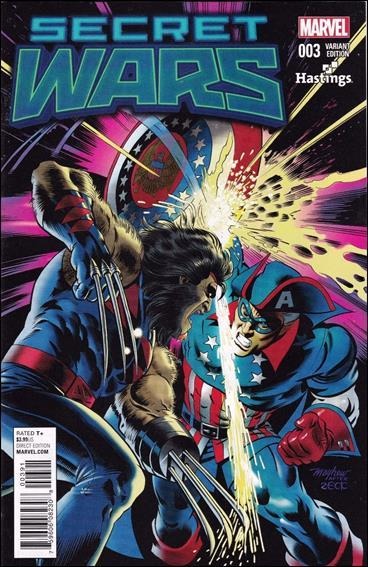 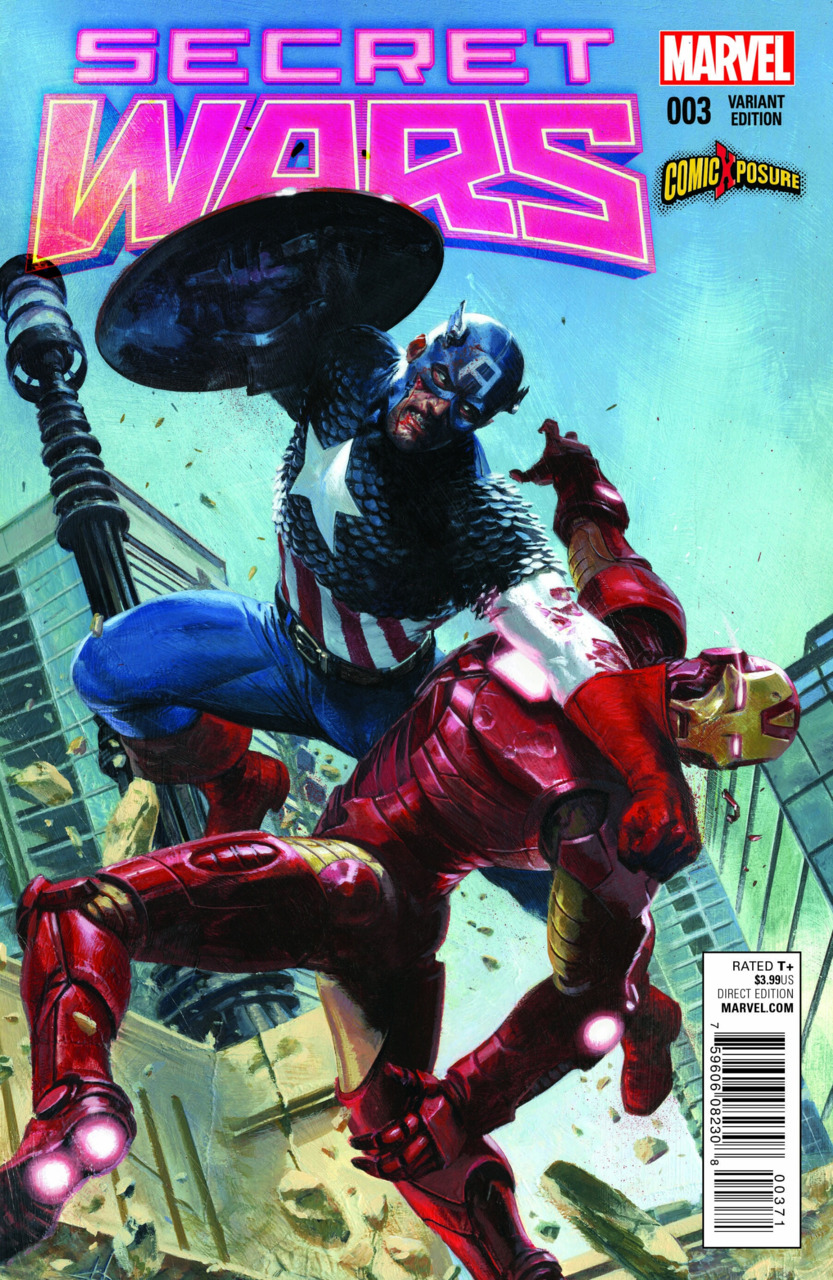 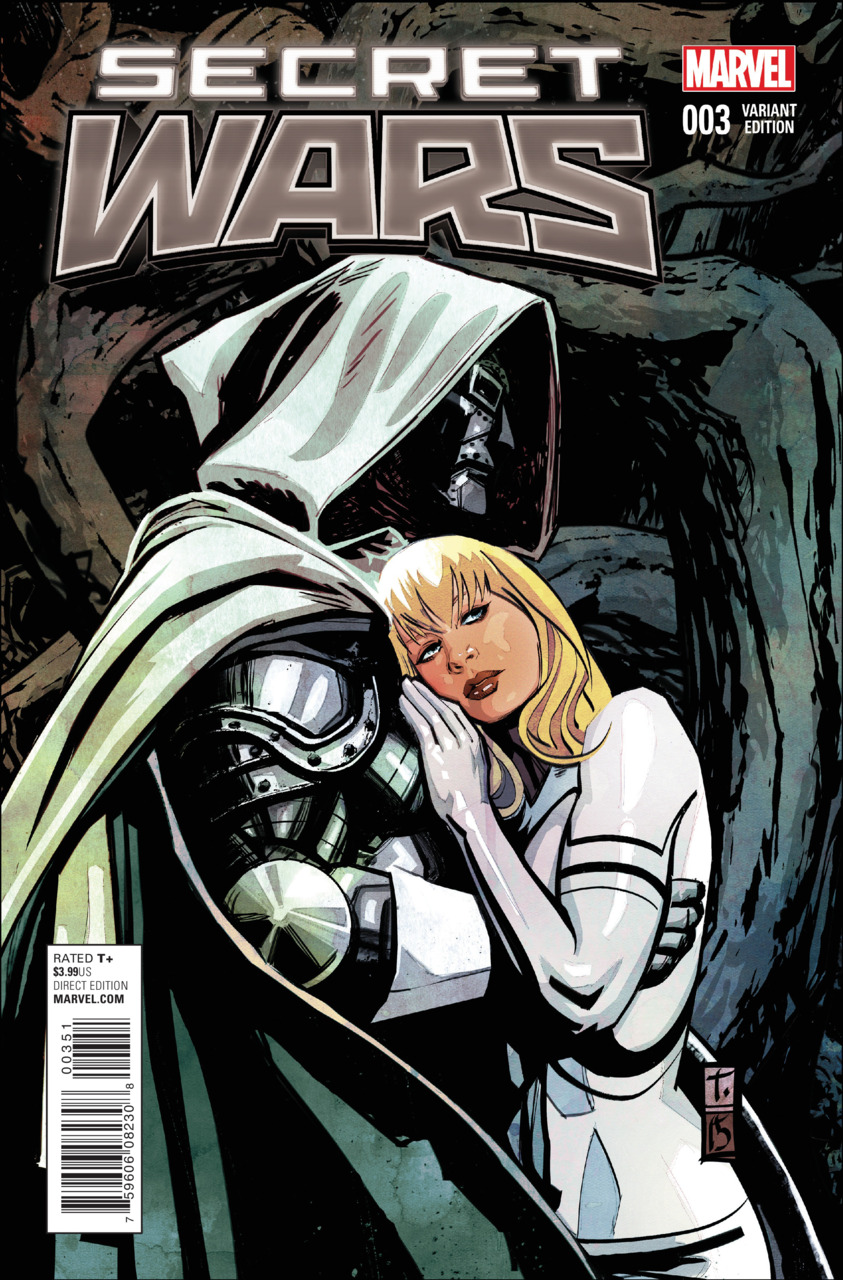 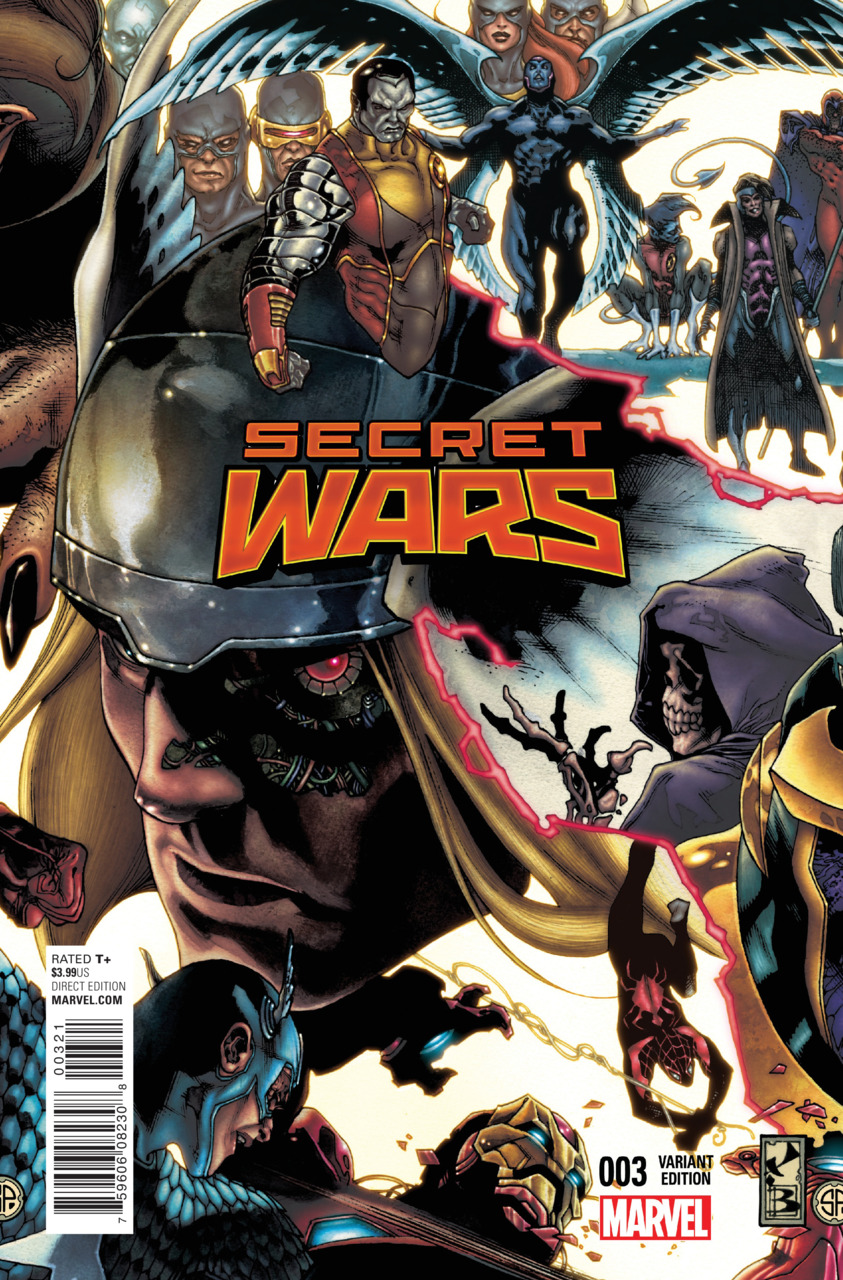 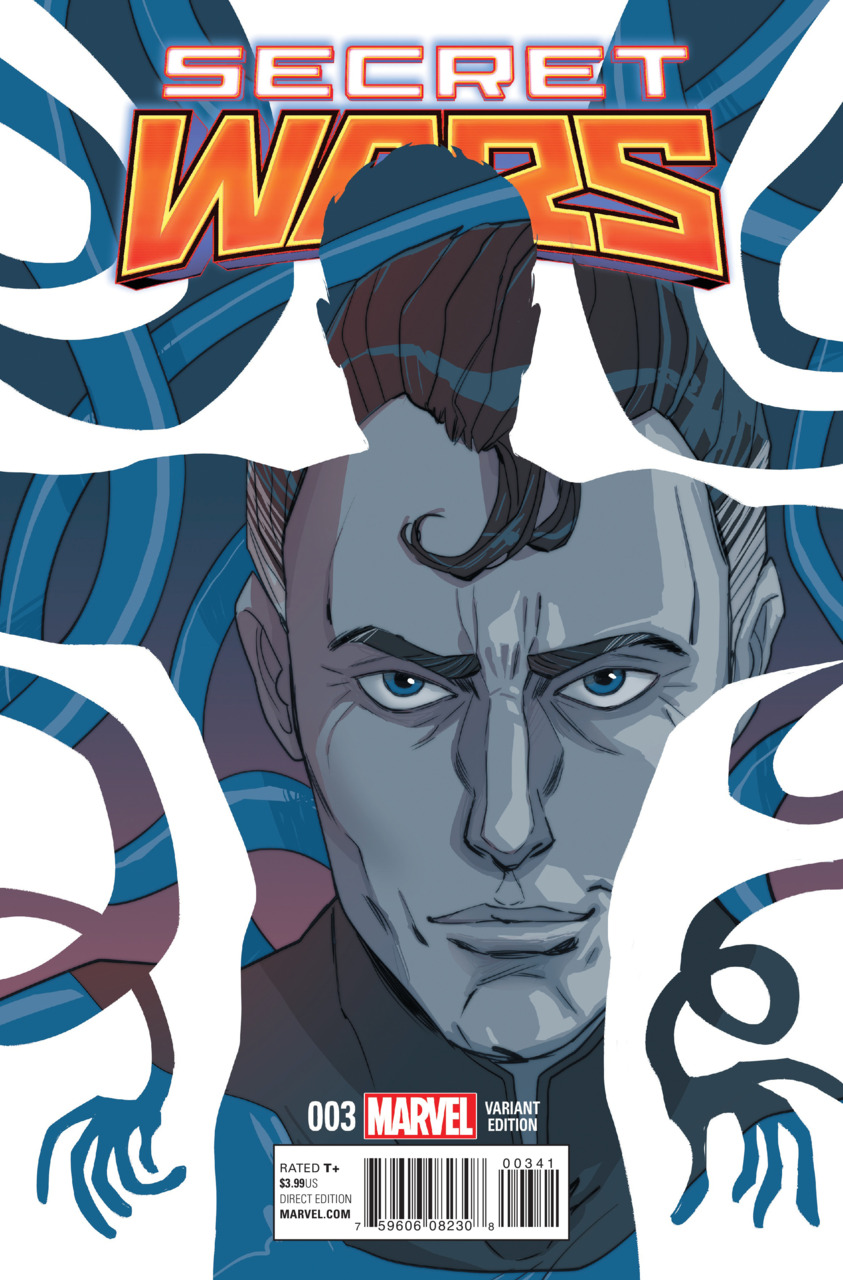 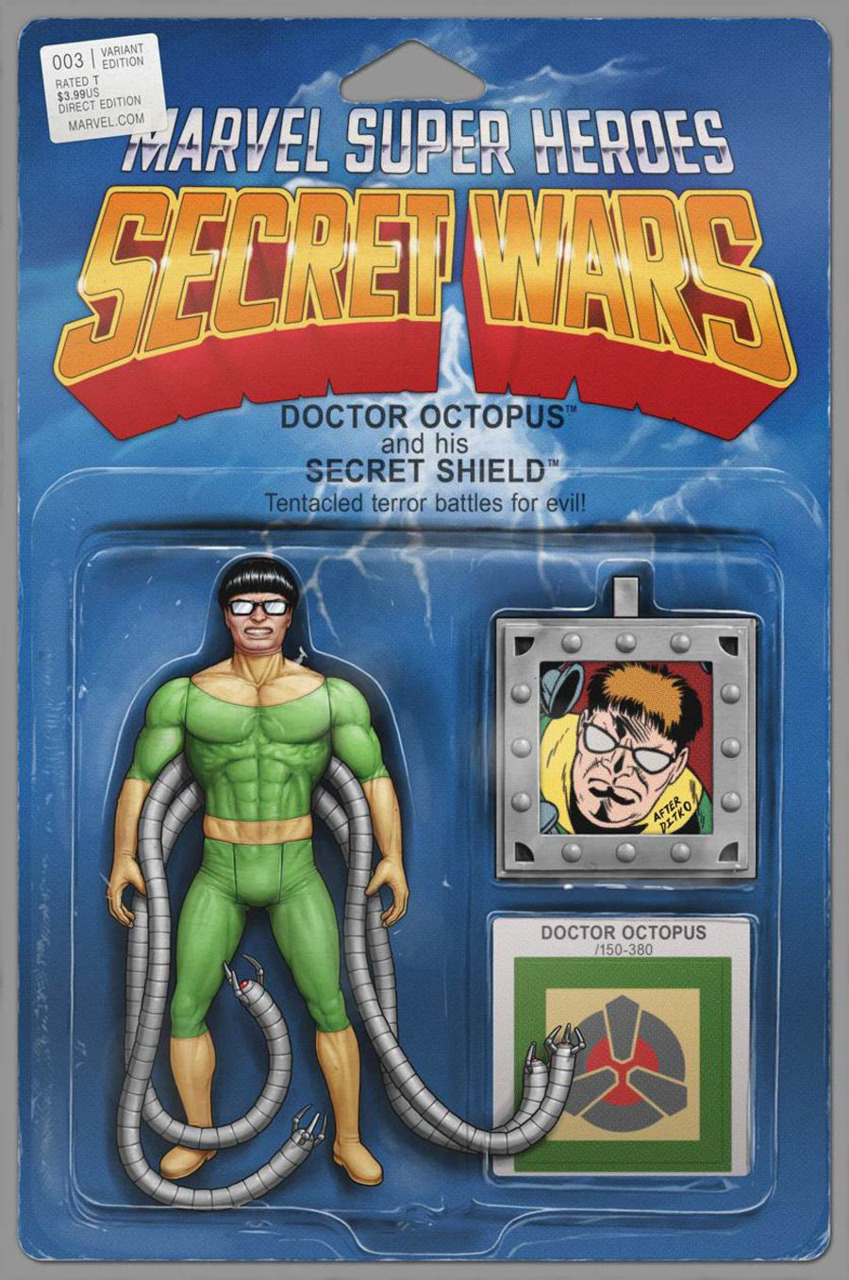 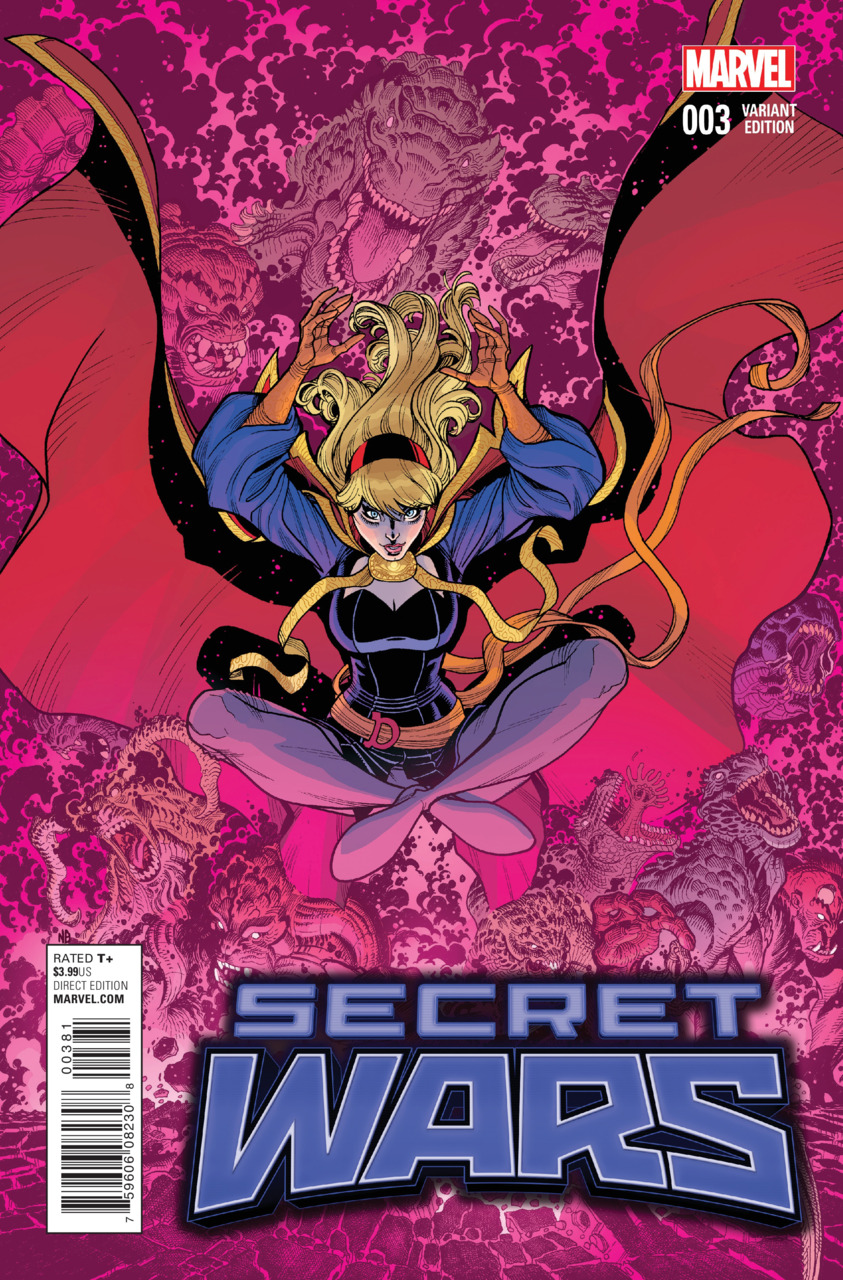 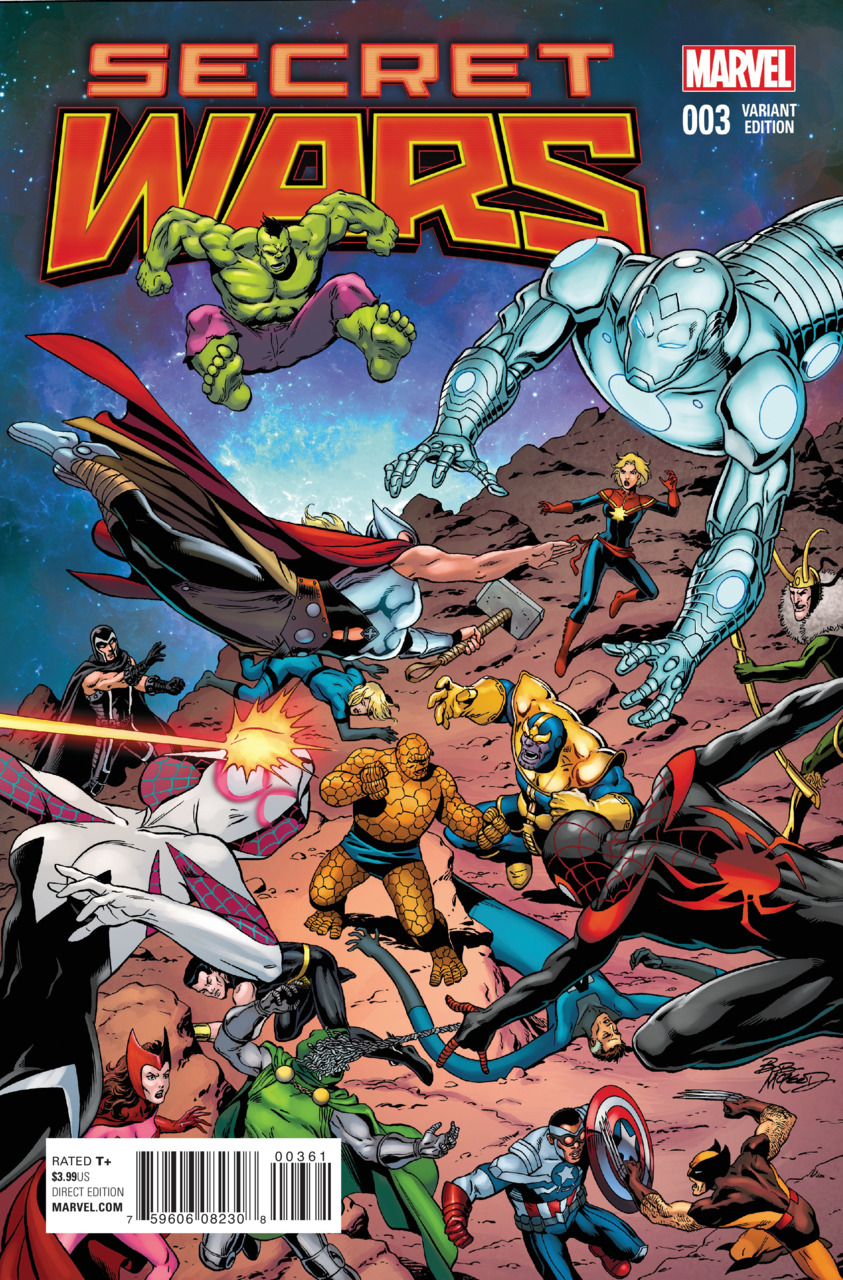