If you're a new comer to the invasion, this is a perfect catch-up issue. Be warned, however, that Tony Stark steals the show; more ink was used on words than on the pictures. Personally, I thought the issue was useful in becoming familiarized with the in's and out's of Skrull life (origins, who's been revealed as skrulls et al), explaining the origins of the illuminati. However, this can be quite the headache to read. It's not something to flip through for the art, either; it starts strong, but when their explaining the Skull empire, it's very cartoony and elementary. Overall, this is very helpful catch-up read, but if you're well-versed in current Marvel happenings, just skip it.

Other reviews for Secret Invasion Saga #1

I haven't really followed Marvel comics since the early to mid nineties, back when artists were rock stars, and writing really didn't matter. Yet some ideas, like House of M and World War Hulk had me intrigued. The Secret Invasion is another premis I can sink my teeth into. Outside of She Hulk, the Ultimate titles and Last years Civil War however I don't know what is going on with the Marvel Universe. That is where this book comes in. While it of course does not cover all the happenings since I... 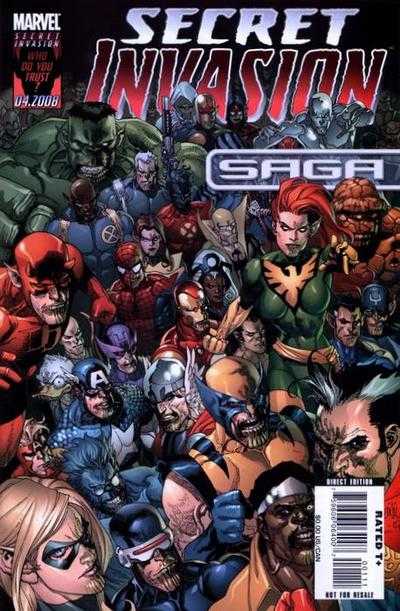