All the powers, none of the responsiblities.

When I saw that Marvel was going to start writing a Scarlet Spider book, I was intrigued. I do not keep up with Spider-Man that much, other than in the Avenger titles that I pick up, so I know little about the background of Kane. I felt that this would be a good jumping on point for someone how has not read a Spidey book but wants to start.

In this first issue we find Kane at the Port of Houston. He plans to head to Mexico after the events of Spider-Island. While in Houston, Kane overhears someone talking about a deal being made down at the Port, and Kane decides to crash it in order to fund his escape out of the country. While leaving the Port with his prize, after scaring the thugs away, he smells something strange from the container the thugs were moving. What he finds is disturbing and throws a wrench into his escape plan.

Christopher Yost is the writer and he does a great job catching us up to speed with Kane’s past. Though I have not read the Clone Saga or Spider Island, I feel that I have an understanding of Kane’s character and his past. But now he has a clean slate. His body has healed and for the first time he is not dying. Kane has new powers, but he has also lost powers as well. Yost does a great job of taking him into a new direction. It is obvious that Kane is not the bad guy that he was in the past, but he has not fully committed to being a hero like Spider-Man, the man he was cloned after. Kane is now struggling to come to terms with the crimes he committed in his past as well as trying to start a new life. And that struggle is what I think makes this story so intriguing to me.

Ryan Stegman’s art really compliment’s this story. He does a great job of showing us the struggle going on inside of Kane. I love how he shows him sweating all of the time, being that he is in Houston and it is super humid there. Being from Texas myself, I am interested to see if Kane stays mainly in Houston, or if he ventures out to some of the other bigger cities like Austin, Dallas, or San Antonio. Though they are all in Texas, each city is very different from the other and it would be really cool to see that in the comics. I guess I just want to see more images that tells me, “Oh, he is definitely in Houston, Texas.” and not, “Oh, he is in a city with tall buildings.”

Overall I would say that this is a great addition to the rest of the Spidey books but it also has a nice feeling of being independent from them. I now want to go back and read up on Kane and see how he got to where he is now. I am very interested to see Kane’s character develop further and see how he deals with his past. Will he become the hero that he is fighting so hard not to be, or will he fall back into his old way? And like any good comic, the last panel leaves me wanting more! If you are a fan of the Anti-Hero, then you will love this read.

Other reviews for Scarlet Spider #1 - Life After Death

My sweat is sweating 0

THE GOODI REALLY enjoyed this issue. Coming from ZERO background, it was an easy jumping on point. The last few pages of the book were even dedicated to getting new readers up to speed with all the crazy goings on for the Scarlet Spider up to this point - man was the back-story confusing!This story on the other had, was not confusing at all. The art and writing were spot on. We see Kaine dealing with everyday problems, people, as well as his own torment. The story was a great mix of character di...

Noteworthy and befitting of appraisal 0

Scarlet Spider #1 - Life After Death by technicolorville on January 11, 2012

My First Review EverLately, I haven’t kept up to date with much of Marvel Comics. Marvel comics in particular didn’t really present nor offer anything of interest to a new comic book reader from my standpoint. All I saw from Marvel was overpowered characters lacking in character. Stories, which were part of a much bigger realm, a universe tying down a character down one specific reality. I in particular had a problem with that for several reasons. Trying to make the Marvel universe cohesive in l... 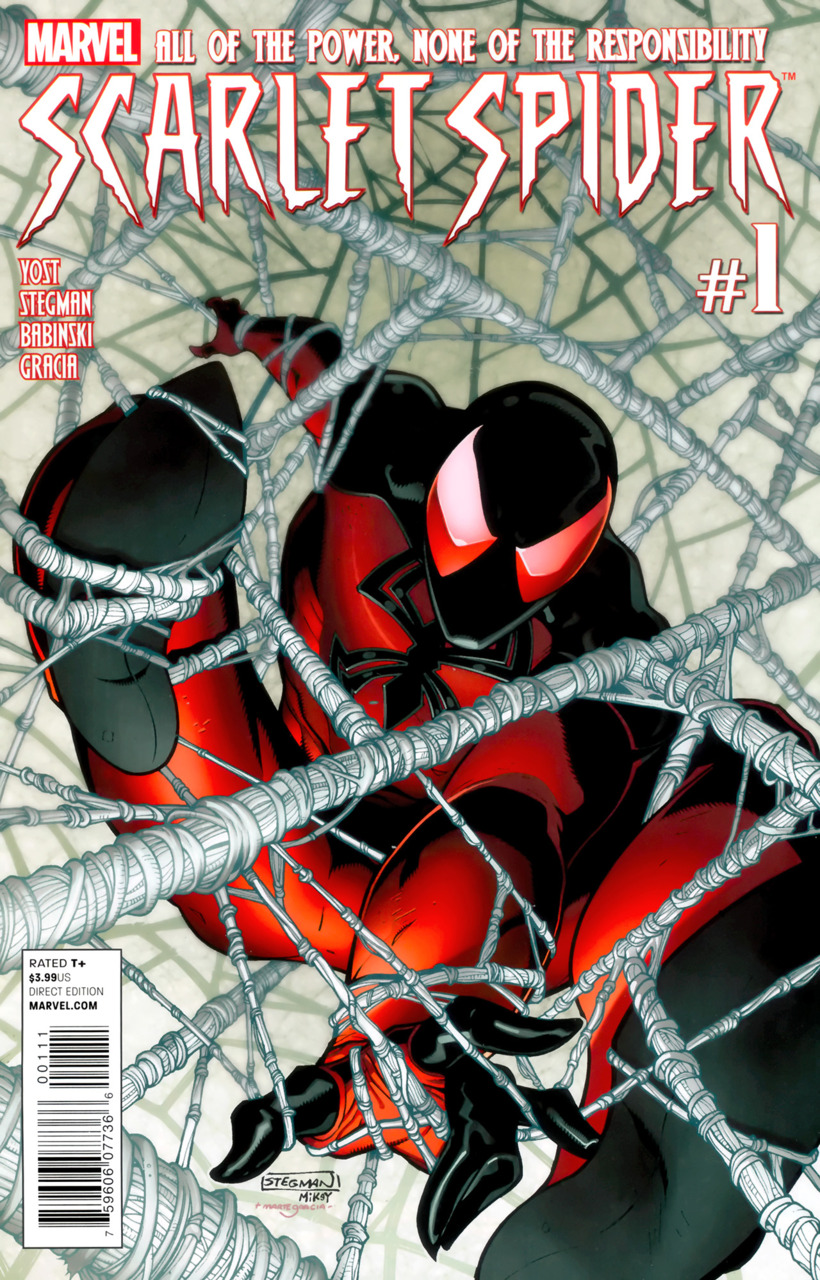 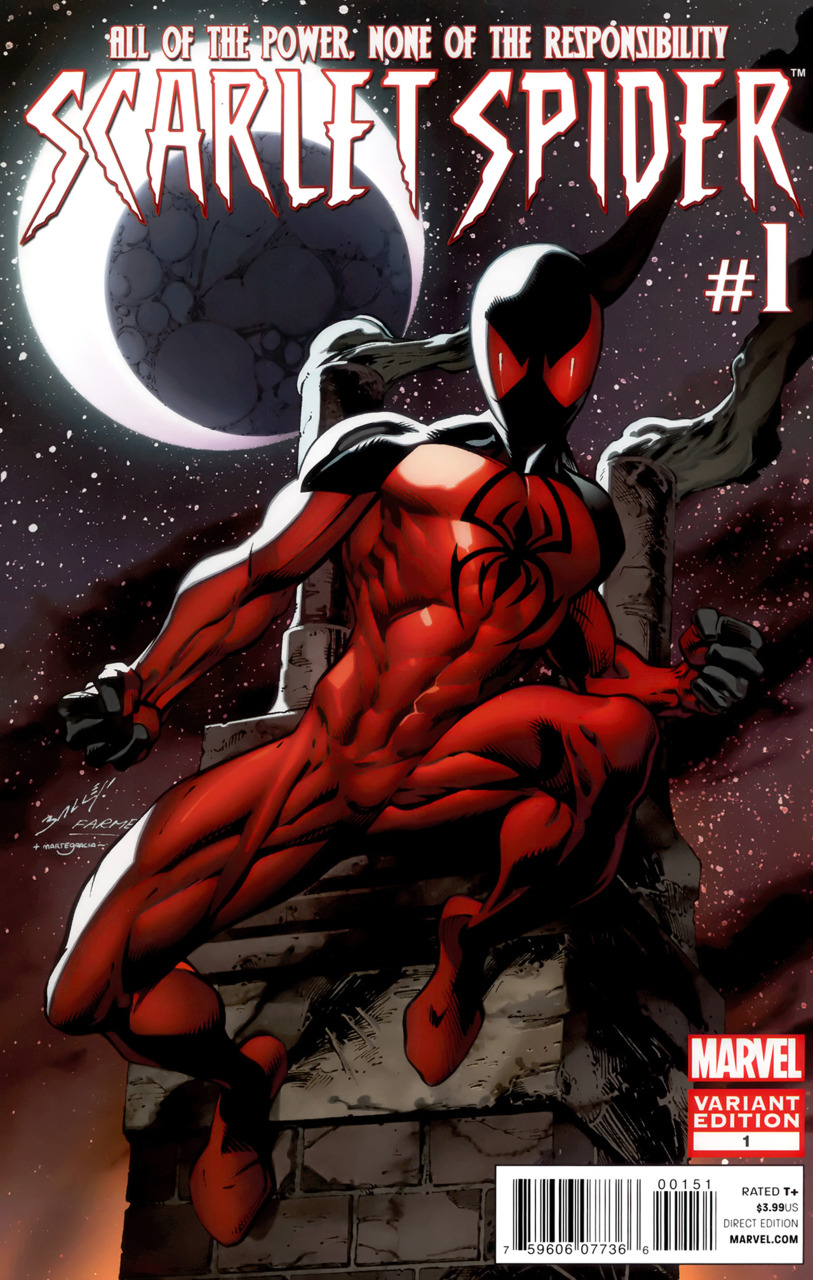 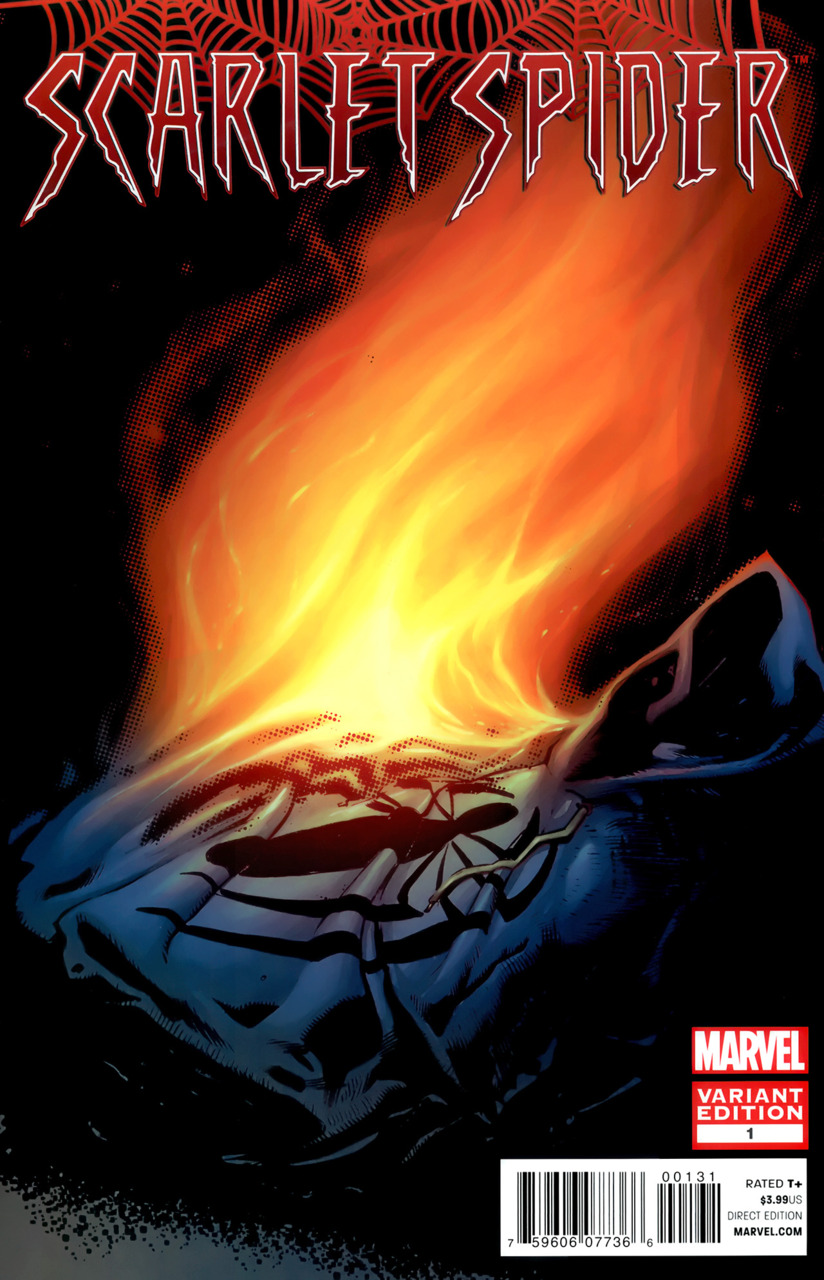 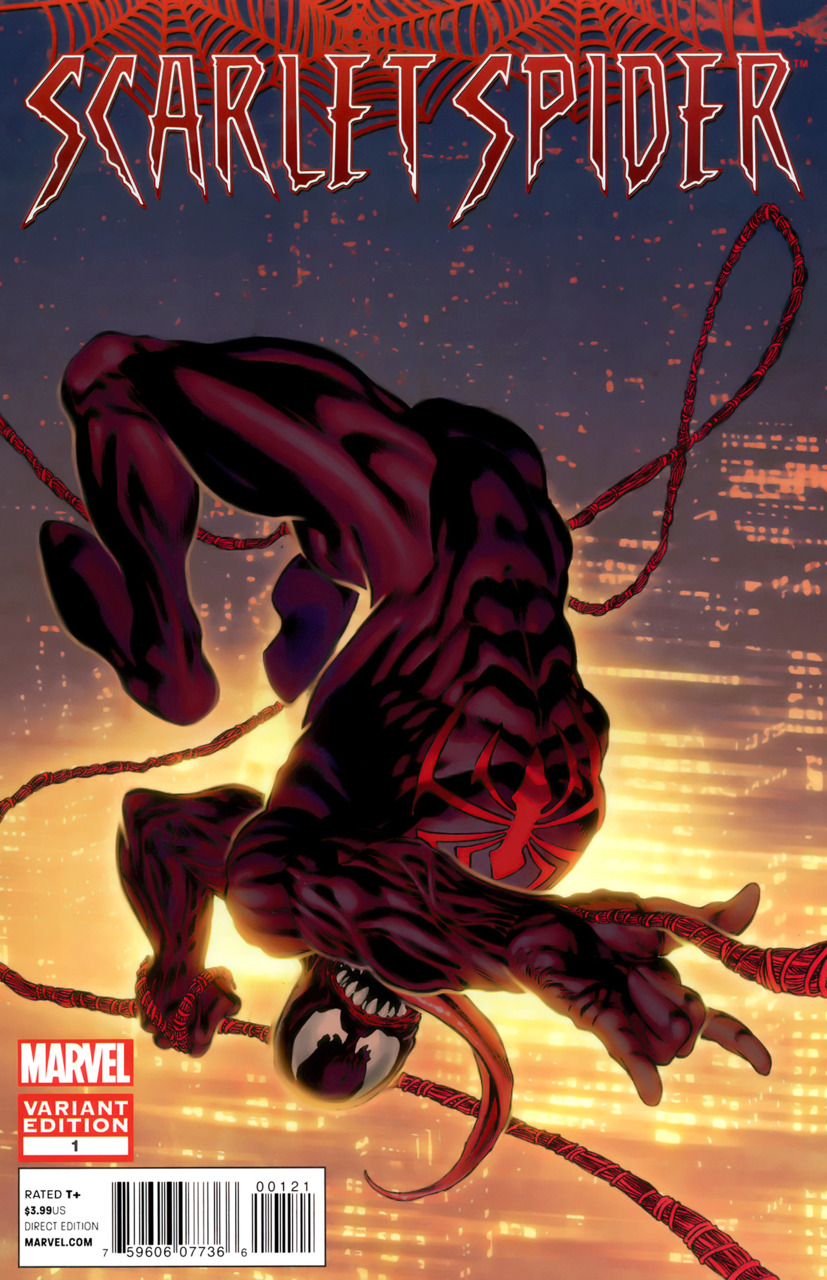 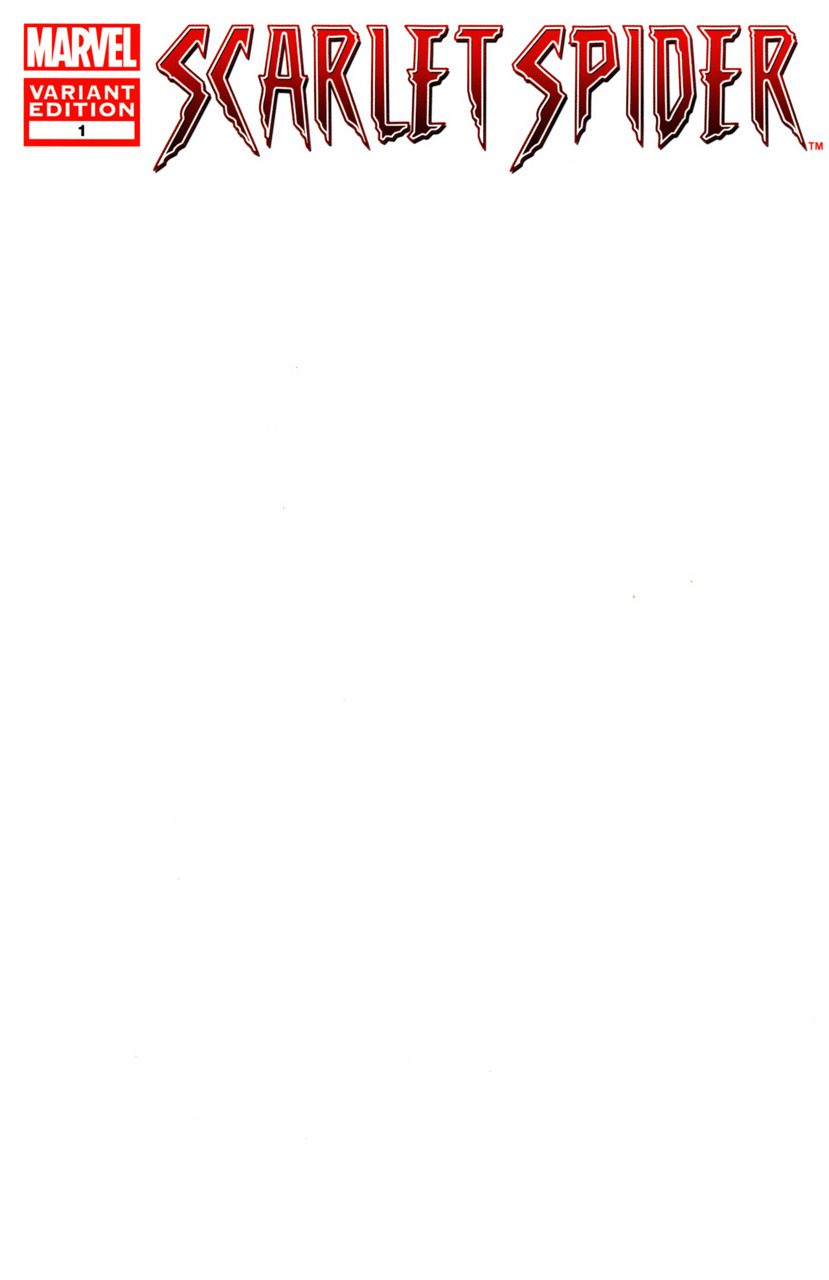 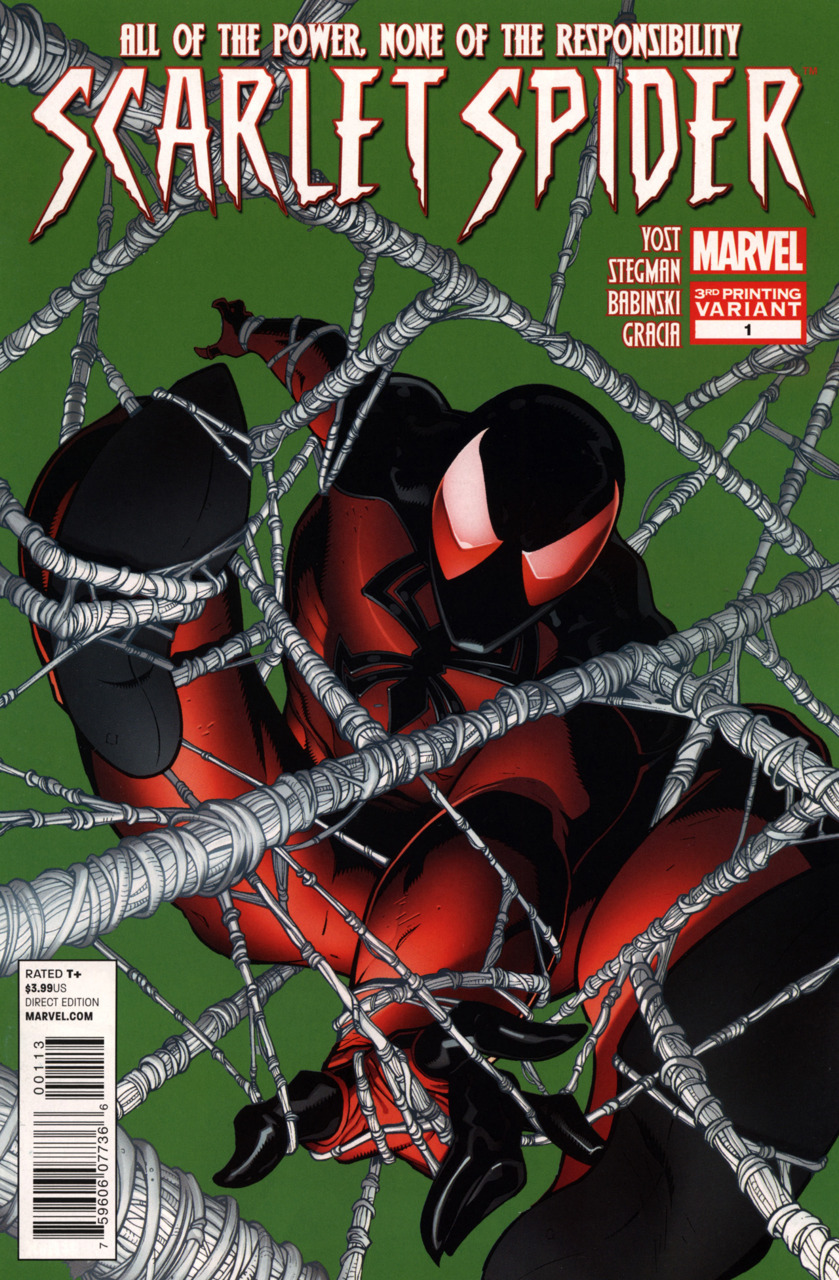