I root for the villain every bit as much as the hero.   I have often said, "I like a little bit of Villain in my Hero" and vice versa but maybe Scarlet goes too far, even for me.

In Scarlet's case, I'm not sure which she is and I have this strange need, to stick her into one of those tight neat little boxes (I hate little boxes).   That is unusual for me, typically I WANT moral diversity.   It's those moments when a villain or hero surprises me, makes an unexpected choice, which shows their humanity and/or their greed or undeniable evilness, those are the moments I enjoy most, where I chuckle or exclaim out loud, "Yes"!

Scarlet did not give me one of those moments.   She struck me as calculating and cold-blooded.   After this first issue, I am not sure why I feel a need to stick around but I will, for awhile.

Maybe it's the creative team, I like Bendis and Maleev, I was enjoying Spider-woman and I was disappointed to see it end, so I am thrilled they have an ongoing series they've created together.

Scarlet talks directly to the reader, giving us some background that helps us to understand why she retaliates against a BAD BAD man.   I understand how a need for justice could turn ones rage to exact vigilante retribution but can we call what Scarlet does, the start of a revolution?   I am not so sure.

I can't say I am enjoying Scarlet but I AM intrigued, enough.   I want to know what she is going to do next.    Is she a revolutionay soldier I can root for or is she a cold-blooded killer whose got her revenge-on?

I want to see a little "hero" in her, because right now she is looking like a murderer who is not my kind of villain.

Other reviews for Scarlet #1

From the very first page where our heroine is just finishing off choking some random dude to death. This first issue explodes with the harshness of a "broken world" and gives us a strong look at the main character teasing us with hints about her motivations and context for her personality (which involves a lot of the breaking of the 4th wall). But, at the same time there is still a lot of mystery about who she is and her contextual place in the larger world.   Bendis does a superb job of reeling...

I took a gamble today. Not a big one mind you, but a little one. You see, I am a Bendis fanatic. Everything I have read that he wrote I liked, most of it I've loved. Alex Maleev on the other hand I've only encountered once. Granted, that was awesome as well. So when I heard about this book, an indy book with nothing preceding it, a real world setting, and Bendis and Maleev, I figured I'd take a gamble. Now kids, gambling is a terrible habit. Lucky me though, it paid off this time. I entered know... 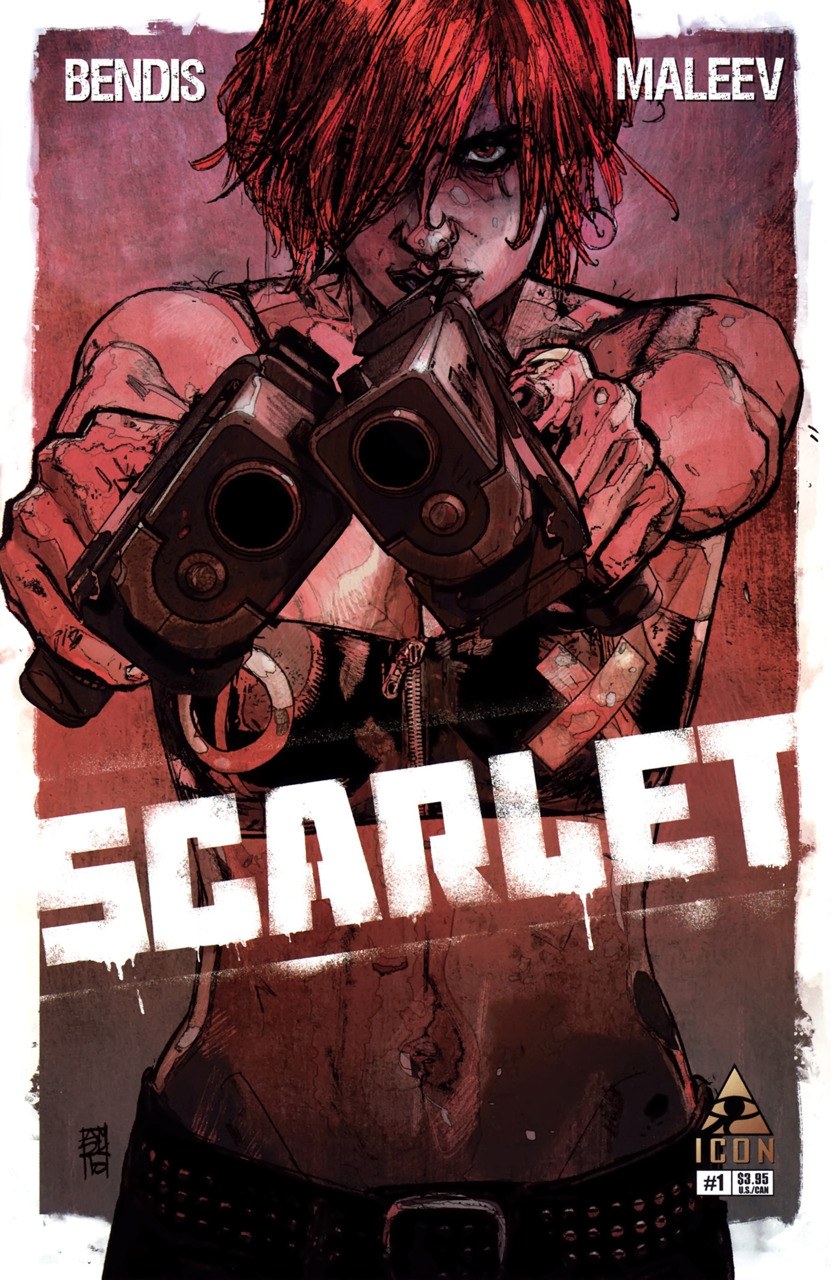 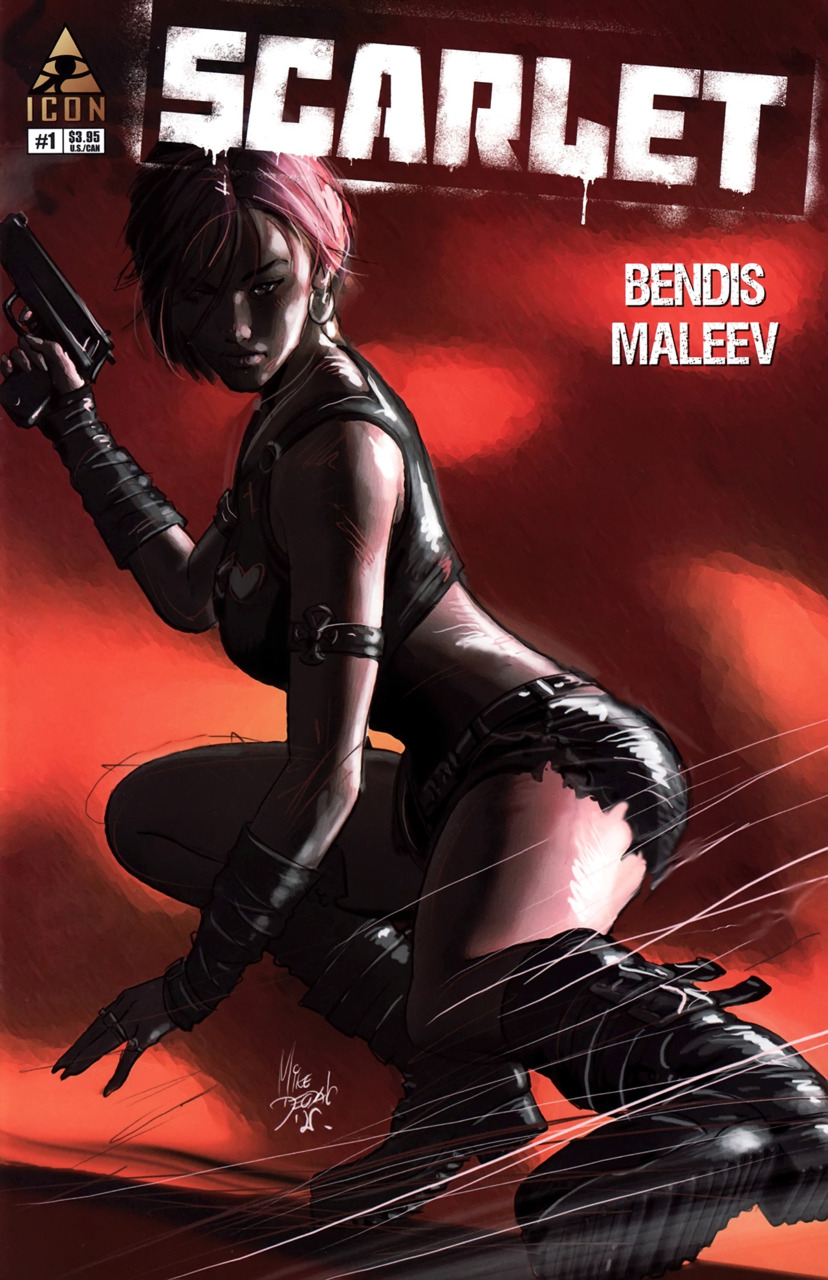 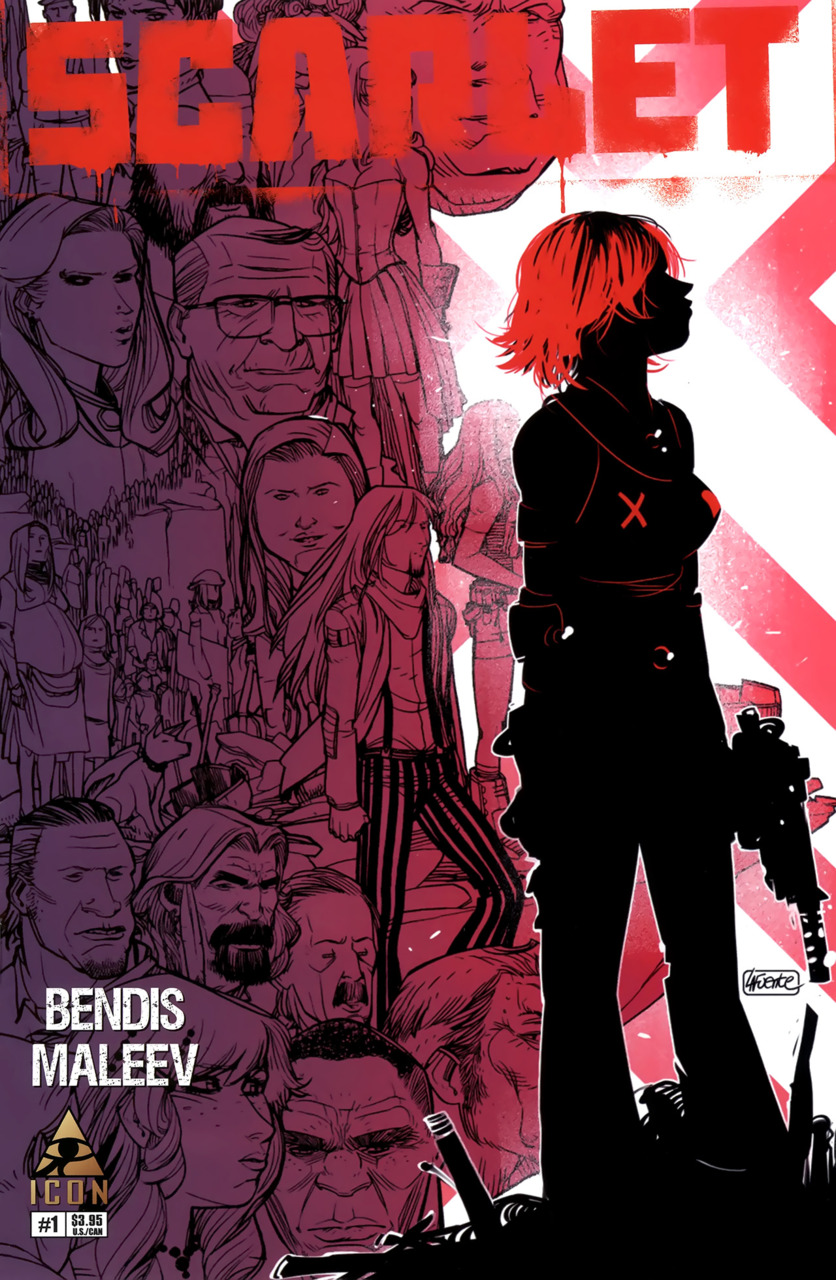 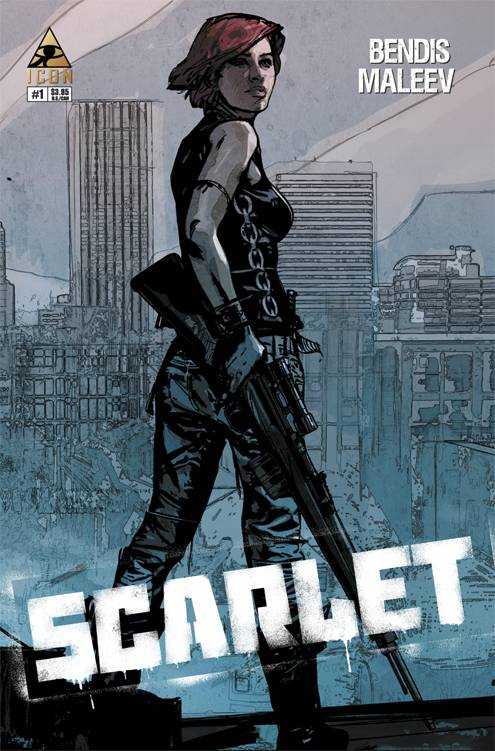