Despite the extraneous nonsense, concerning which Mr. Vaughan is among the more generous in the industry today, this entry moved the story (such as it is) along nicely. One gets the impression Mr. Vaughan's main purpose with this entry was to set us up for some obvious emotional explosions, which arrive punctually and obviously on time. I suspect no one fell for the overt attempts at misdirection ... but, then again, that was likely Mr. Vaughan's point: he knew we knew, and we knew he knew we knew. The plot (such as it is) still is a serious of reactions, but as the story expands the dearth of traditional plot doesn't matter too much. One gets the suspicion at this point the final series of panels in the final issue will be Hazel at some guillotine or in some cell recounting her life to some interplanetary stenographer on her way to her execution. Why she said at the end of volume 1 "my grandparents started to live with us" (or words to that effect), considering what then happened about two days after that ... well, details can be a tricky thing when trying to concoct a Space Opera about violent people running away from violence very ineffectually. New characters we knew were going to show up sooner or later show up sooner rather than later, and, well, everyone runs into each other, bounce away, and it just keeps going on like we sort of thought it would.

Other reviews for Saga #2 - Volume Two

Brian K. Vaughan continues to give a truly breathtaking experience with this volume, giving some wonderful developments for out main characters, whilst also having some interesting sub plots for the accompanying cast. Vaughan also creates some intriguing and entertaining interactions throughout this volume, with the inclusion of Marko's parents adding a lot of tension and intensity to the story. The narration also continues to impress, with it once again giving a very unique and deep tone to the... 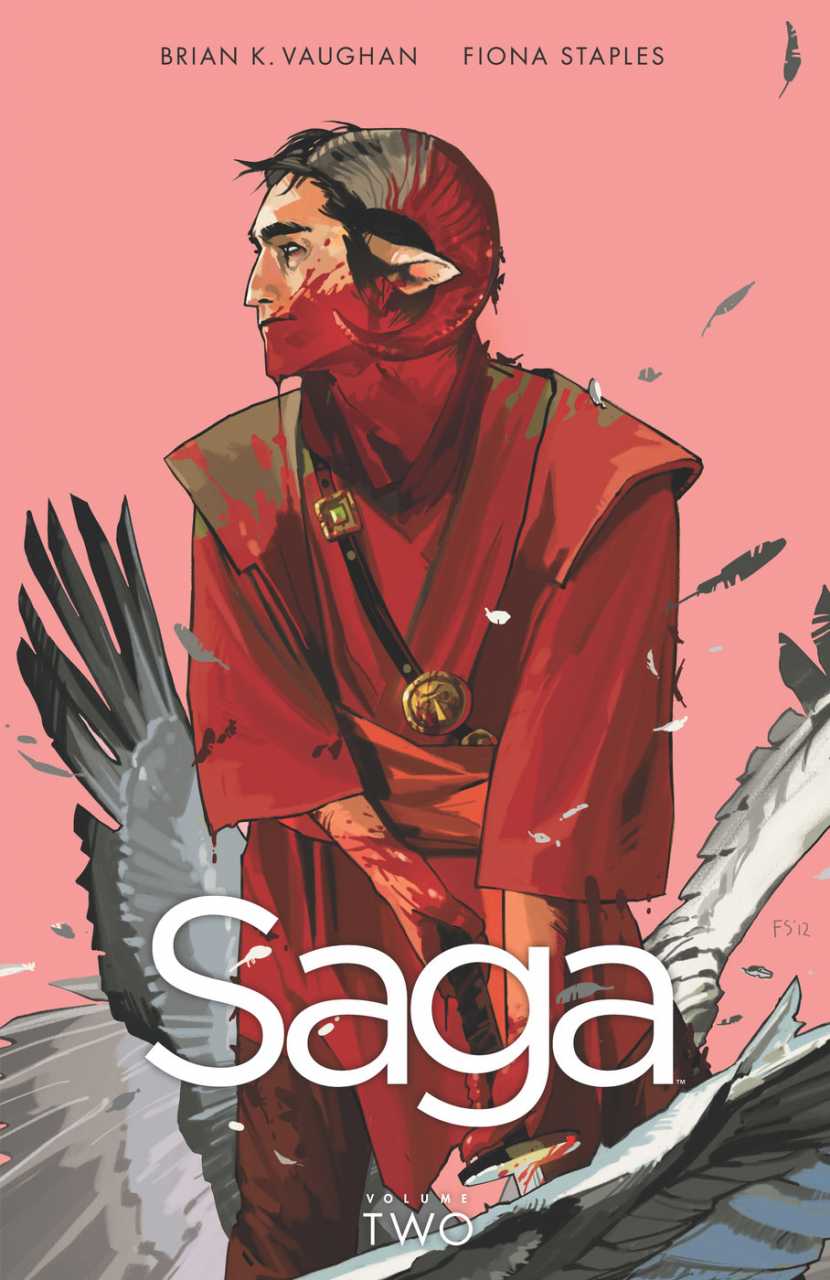