Last issue left the X-Men in quite a sorry state. Major characters were dead, S.H.I.E.L.D. was in full-on hunt mode, and Matthew Malloy was having a full-on nervous breakdown and taking large chunks of geography with him. Eva Bell’s solution is, to say the least, daring and audacious, to say the least: she has brought Professor X back to the future to try and fix the incredible...let’s charitably call it a “boondoggle” that the team has found themselves in. Meanwhile the situation at the Jean Grey School has only worsened, and the body count is only going up. Brian Bendis manages to inject a lot of great, little moments into this issue between the characters in the way they interact. The final part of the issue is especially strong in this regard, but it’s impressive how ably he puts little things into each interaction to give the reader little bits of who these people are.

Chris Bachalo’s pencils on this issue are as impressive as always. From the enormous scale of Malloy’s powers to the smaller, intimate moments that happen in the quiet parts of the issue, everything looks fantastic and the emotional stakes are succinctly and effectively communicated, which helps this issue feel like it still matters, but we’ll get to that later. The inks are by Tim Townsend, Marc Deering, Wayne Faucher, Mark Irwin, Jaime Mendoza, Victor Olazaba, and Al Vey and for an issue with so many different people on one job, it’s impossible to tell when one ends and another begins. The issue’s visual cohesion is fantastic and they give the events of the issue a sense of impact and gravity while the colors, by Bachalo and Antonio Fabela bring a sense of the explosive, bustling pace of the issue.

Time travel. Time. Travel. Time. And the travels that take place therein. Last issue, it looked like one of the trickiest tropes in fiction would be used to enable a solution to all the horrors that had taken place, but in point of fact, it was used to wipe away this entire storyline. All of it. Except in the mind of Eva Bell, this whole thing was canceled. While there’s no inherent problem with focusing on Eva as the protagonist of this story arc, what happened here feels less like a head fake and more like being painted into a corner and it sets a dangerous precedent for future stakes.

Also, and this doesn’t affect the score, the cover and solicitation both seem to be referencing Axis, but are totally irrelevant to the actual goings-on of the issue.

This issue, and a great deal of this story arc, trade on small moments. Moments between characters, moments of reactions, moments when we learn what makes these people tick and that’s a good thing. The visuals are still beyond reproach and the characters are fantastic, but the story itself is weak, and while it’s far from irredeemable, it definitely leaves a sour taste in one’s mouth. 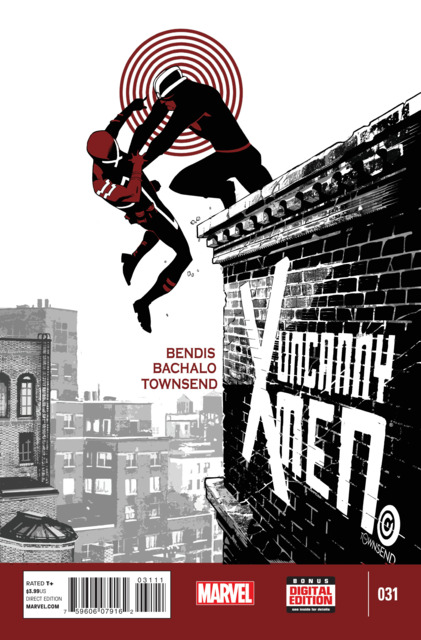