Psylocke takes a stand against Wolverine in a way you will not want to miss.

One of the things that stood out to me almost immediately were this issue's stunning pencils during the scenes what unfold through Betsy and Wolverine's psychic connection. The minimal use of colors in the first few panels of this comic are fantastic, and add to a very pretty series of scenes. Not only are they detailed and just aesthetically pleasing, but the way the issue is plotted is really well done. Artists Adrian Alphona and Dexter Soy do a lovely job with their line work in the first few pages of this comic.

Writer Sam Humphries is wonderful when it comes to characterizations,and he proves that here. He has a fantastic grasp of Wolverine's character and voice, and his idea of Betsy's personality; cold, calm, collected; is perfect. She's becoming her own person and it's impressive to see it unfold here. Humphries proves, once again from the very start of this issue, that he not only has a good sense of the voices of these respective characters, but also that he has this fantastic ability to inject humor into serious scenes without creating a jarring moment. The result makes this a very entertaining issue to read. I mean, Wolverine and Psylocke meeting on a sheep farm in a New Zealand mountain range is pretty hilarious. Not only is this scene funny, it's also very well done and there is a good explanation for it.

The moments shared between Wolverine and Betsy addressed a lot of things about Betsy's current situation. She talks about the changes she has been experiencing since the start of this series, what it has been like for her to experience love and then betrayal and how she vowed never again to kill (which clearly is easier said than done).

Humphries also brings the conflict between Psylocke and Spiral to the forefront once again and uses the action packed moments to split up the calmer, Psychic scenes we see in this comic. Although he hits and misses with a joke in one scene where the two ladies are fighting, he makes up for it by digging deeper into the heart of the situation and the conflict between these two characters by demonstrating to readers that Spiral and Psylocke are really not that different from one another.

One of the cool things about this issue is that there is a clear distinction through artistic portrayal between the events that unfold in Betsy's mind, and the things that are actually happening. The scenes with Betsy and Wolverine are more subtle, more detailed with less colors. They are much prettier than the seemingly muddled colors in the panels that depict the present moments which I think could have been better executed.

As funny as Humphries is, there are some scenes in this issue that come across as too silly. The fight between Psylocke is serious business, so when Spiral starts comparing how much she "used to love pizza" to the fact that Psylocke used to love her old body and her old life, well, these two things are just not comparable. Sure it's fine, but it's possible he made too light os a situation. After all, Psylocke has definitely been through some serious bad stuff lately.

This comic is a lot of fun. Humphries provides the perfect balance between witty banter, humor and zaniness with serious undertones and some real character development. The way he's taken Psylocke and developed her character throughout this series is something very evident in this issue. He demonstrates to readers that Psylocke is multi-faceted, she's not that simple. He's realistic with Psylocke's characterization and respects that people change and struggle and suffer when they experience a lot of things and are forced to do things they may not want to do (like kill, for example), and he relays that to readers here. It's really interesting to see who she is now in this series compared to where she was as a character a year ago -- it feels as if she has come relatively far.

The last page of this issue is a cliff-hanger and will definitely leave fans of this series interested in seeing what will happen next. 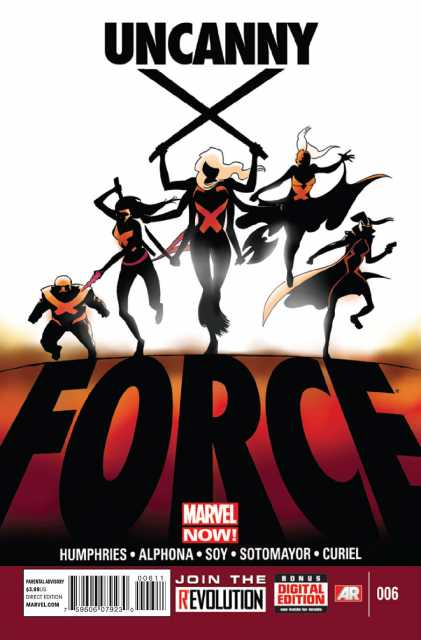