There have been X-Files comics in the past but this one will make you believe the characters can live on beyond the television show.

It wasn't until I heard the announcement of this series that I realized how much I missed the series. With Joe Harris joined by Chris Carter, the show's creator, you know it will be true to the feel of the show.

The show dealt with FBI Agent Fox Mulder and his quest to find the answers to the unknown and paranormal field. He believed his sister was abducted when they were young. His crusade resulted with him in charge of the X-Files in the basement of the FBI building. He investigated the strange and paranormal cases. Dana Scully was brought on to try to debunk the cases. Things progressed and eventually the two ended up together and on the run from the government.

This series picks up with the two living a normal life under new identities. When a former acquaintance shows up with a warning, they're pulled right back into the world they left behind.

The script and story fits perfectly. The characters 'feel' like I remember them acting. The art for licensed characters can always be tricky but Michael Walsh nails it. His style also sets a certain type of vibe or atmosphere to story and should do wonders for future stories.

New readers can jump into this series but will miss out on the deep history of the characters involved. Other than that, I was deeply impressed with this first issue. I didn't think I could love an X-Files comic this much.

I've struggled through X-Files comics in the past and if this first issue is an indication of what we can expect, I couldn't be happier. Joe Harris has the task of taking these characters beyond where the television series left off. With Chris Carter on board, you know the characters and stories will go in the direction they are supposed to go. Michael Walsh's art is great and establishes the perfect mood for the series. As a long time X-Files fan, I am ecstatic for this series and cannot wait to see what's next. You will believe an X-Files comic can be a great read. 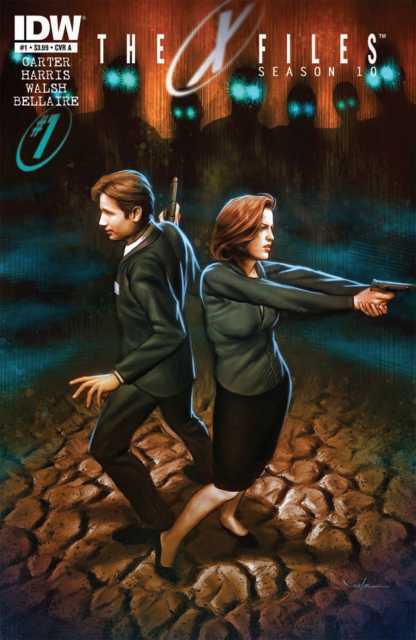