The search is on the source of the transmission but weren't there evil forces trying to stop them? Uh oh.

Scott Snyder and Sean Murphy are a team that just seem to work naturally together. This series has been quite the journey and it's hard to believe it's almost over. When the series jumped forward to the 200 years in the future timeline, we caught glimpses and clues to what this world is now like. As Leeward and the crew of the Argo 3 search for the mysterious transmission, we're getting to see more. You'll definitely be in awe as you see some of the sites.

This issue does give us some answers. And that's not all.

With an opposing force hot on their trail, it's not a walk in the park. If you're looking for some big time action, Murphy will not disappoint. The way the scene plays out and the amount of detail is simply amazing.

But of course, with one more issue left, the story is not quite over yet. The last page will leave you hanging and you'll be both looking forward to and dreading the last issue.

Snyder and Murphy have simply created too large of a world. I know that doesn't seem like much of a complaint but you're left hungry with the desire to see more. Ten issues may be a lot but it feels like there's way too much left to see.

From the beginning, seeing Scott Snyder and Sean Murphy's name attached to this series should have been all the reason you'd need to dig into this series. It's been a crazy ride and it's both great and sad to see the conclusion to this story. Snyder's vision and Murpy's art have created an incredible world that leaves you hungry for more. We get some answers and a crazy cliffhanger that will make sure you won't miss the final issue. It's great to have comics like this. 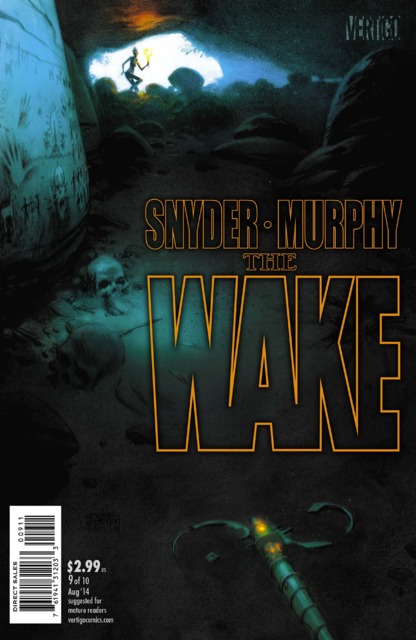