Tomas and Nate make it down south just in time for Day of the Dead. With the aliens ready to attack, the emphasis may actually be placed on "dead."

James Robinson's alien invasion story continues. The great thing about this series is it's not exactly your typical "alien invasion" story. There is definitely a different and more organic feel going on. In the first couple issues, we were introduced to slacker Tomas, who lived in a small desert town. Finding out that aliens were hiding among them, he immediately found himself a target and on the run. Thankfully he ran into the mysterious Nate, who happened to know a little about what was going on.

Robinson mixes things up a little by having the duo travel south of the border. Here, we're introduced to others in the know. With a room full of characters, we often see forced conversations with little character development. Robinson pays close attention to each character. They each have their own voice and the random conversations do feel organic. As we hear from each character, it adds to creating a bigger feel for this comic book world. This is a contrast from the first couple issues and gives a nice variety to the series.

J. Bone's art is great. While the first couple issues were in black-and-white, we get a little more color here. It's not full on colored art but the highlights really adds making this part of the overall story different from the beginning.

We're still learning what there is to this comic universe. There were a couple times when things felt a little too convenient. It felt too easy the way Nate was able to locate a group of others in their situation that had set up camp in Mexico. It could just be a matter of moving the story along but it felt like he knew exactly where to go when it seemed he hadn't necessarily been there before. There's also what happens at the end that felt like convenient timing for the sake of moving the story along.

It's always great seeing a creator do their own thing in a creator-owned series. James Robinson always has interesting ideas and getting to see his take on an alien invasion-type story has been fascinating. Seeing how he's changing the landscape for our main character (at least for the time being) gives plenty of variety to the story and makes it feel like we're looking at a bigger world. J. Bone's art is great and adds a nice feel to the overall atmosphere of the story. This is definitely a story you'll want to check out now to see what's going on. Robinson and Bone are creating something really cool and fun here. 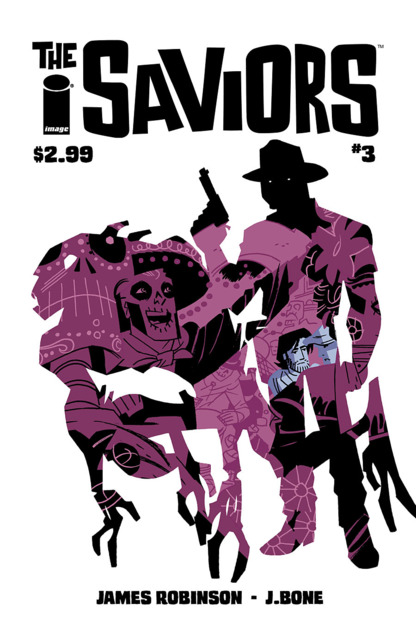