The search is on for the guy with the Book of Keys, trying to bring about the end of the world.

The idea behind this series is pretty fun. Allison "Al" Carter is a private investigator that specializes in cases dealing with the end of the world. She's currently trying to locate a man that obtained a special book that can open a doorway to Hell, thus bringing about the end of the world.

Al is a fun character. She comes from a line of (this kind of) investigators after her father and every male ancestor. Being an only child, the job has fallen on her. We're being introduced to some interesting characters and relationships between her supporting cast. As she goes about seeking answers, we get to see several different locations.

Sid Kotian gets to come up with several different characters and creatures. The designs add to the feel of this world and it does make you want to see more of it.

The biggest problem I have is with Al's depiction. There are moments when the tone shifts quite a bit. In the first issue, Al is summoned in the middle of the night. She's just wearing a nightie and underwear. She doesn't bother to put on pants when leaving. Just a jacket and boots. There is a gradual build in the way she's being portrayed. I understand there may be those looking for cleavage or the occasional awkward angle from below, but the story doesn't need that. The jokes against her being gawked at (and violated when she leaves her body behind to go into a virtual world) is just unacceptable and unnecessary. I do want to like this series and I am interested in the story. This tone that is being established is telling me this might not be geared towards me.

Allison Carter is a private investigator determined to catch the guy about to bring about the end of the world. We're seeing some interesting characters and creatures and Sid Kotian is really fleshing out this world. Unfortunately depiction and treatment of Al's character appears to be sinking more and more. This doesn't have to be a book focusing on a gratuitous depiction towards females. Sure, there may be some that aren't bothered or are perhaps even looking for it. The jokes are starting to sink too low which is too bad because I am curious to see how this story plays out. 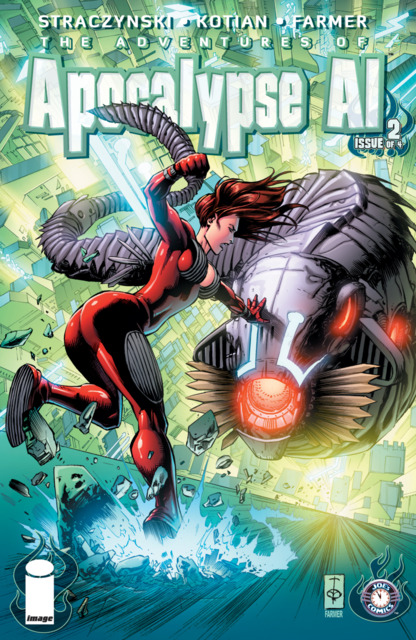