Ten Grand #5 - Nothing Interesting Ever Happens In Heaven

Joe Fitzgerald has gone STRAIGHT to...Purgatory, but what hazards will he have to cross to save his wife’s soul?

Say what you will about his controversial runs, J. Michael Straczynski is a man with a solid, unified vision for his stories. Ten Grand has been a very strange and wonderful book, a book that fuses noir sensibilities and tone with supernatural elements to create a detective story that stretches to places that would drive the likes of Sam Spade insane with the enormity of it. The hook of a man who, upon dying, gets to spend 5 minutes with his Heaven-bound wife before returning to life himself is a great one, and JMS’ handling of spirituality and faith is actually one of the more even-handed and subtle in comics, as well as having great narrative hooks and explanations for how various cultures’ mysticism unifies.

This issue, contrary to my write-up in Essentials, brings us a new series artist in C.P. Smith, and his style definitely has a tone of its own. JMS said that, apparently, they lost all contact with Ben Templesmith and that he wanted his imprint within Image to hold deadlines paramount both for the sake of retailers and fans, a sentiment I can definitely respect. Smith’s art has some great looks and character designs and his backgrounds are beautiful and evocative of the writing in this issue. There is one particular scene involving the River Styx and a surfing Charon that is especially worth bringing up and praising. The entire tone looks like a combination of Ariel Olivetti and Richard Corben.

As much as I appreciate the sentiment that JMS puts forth, I can’t help but look at this entire issue from the perspective of Templesmith having done it. As beautiful as the backgrounds of C.P. Smith are, Templesmith’s use of negative space and surreal, twisted monsters were as integral to this title as Straczynski’s pacing and characterization. I wish I could judge this book objectively, but this being a review from my own perspective, the art lacks that essential dark, grim look. Everything is a little too bright and a little too clear for the tone that the writing strikes, no matter how surreal it gets.

I never noticed it before, but this book is very reminiscent of Hellblazer, and that’s definitely not a bad thing. It has a different tone, but a very similar protagonist and very similar ideas, but Joe Fitzgerald is more likeable, in many ways, than John Constantine. This is to praise the writing and characterizations that remain strong in the face of this artistic shift. It isn’t that the art is bad, I’d actually love to see C.P. Smith on a story that was originally intended for his particular skillset, but I have to say that this feels like a stand-in issue from a visual perspective. It’s still worth checking out, but be aware of what you’re getting into. 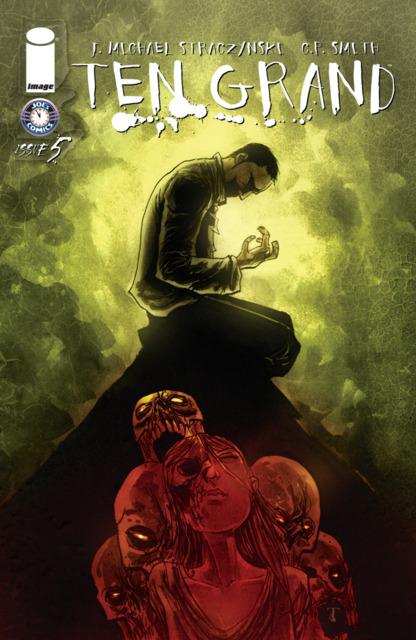