They may be the worst heroes ever, but they're on their way to becoming your new favorites.

Superhero movies typically focus on the "good guys" fighting some irredeemable and malevolent force--the kind that's easy to hate. Suicide Squad takes that narrative in a different direction. It's still an exciting roller coaster ride full of glitz and predictable set-piece moments, but this isn't the sort of comic book movie you're probably expecting. It's better.

Set in a post-Batman v Superman world, the nation’s leaders are concerned about the growing threat of metahumans. But the world's leadership is equally unsure who can protect them from the massive world-destroying abominations the super-powered beings have been fighting. Enter high-ranking government official Amanda Waller (Viola Davis): she proposes the invocation of a team of super-villains to fight other super-powered enemies. Problem solved.

Once the introductions are over, the music is toned down, and the action ramps up. You can't expect a group called a "suicide squad" to face anything less than the threat of death at every moment. But that sense of imminent sacrifice also forces you to see the team in a different light. Over the course of the film, the individuals become more than simple one-dimensional villains forced to fight a massive, even eviler force. They're still bad guys, but they're bad guys you can root for.

One of the primary reasons the villains work so well comes down to the massive talents that portray them. Will Smith eschews his normally light-hearted demeanor to embody the somber Deadshot, a role he takes on with the same skill as some of his heavier character-driven work. Jared Leto gives us a Joker like we've never seen before. His Joker is as ruthless as you would expect, but you'll be surprised with how he runs his operations. His dynamic with Margot Robbie's Harley Quinn runs contrary to what some traditionalists may expect. Robbie also does an excellent job handling the complexity of Harley's mental instability without making it feel over-the-top or out-of-place. Not every character gets the same deep dive into their motivations, but this make it feel like there's more material to broach in the inevitable sequel.

If there's a weak point to Suicide Squad, it's the inconsistent pacing. After the introduction concludes and the mission begins, it's almost as if you're thrown into a separate movie. The film then starts to yo-yo between frenetic action highs and slower dialogue-heavy moments, but it never brings them together seamlessly. And the mix of realistic-looking action juxtaposed against late-movie CGI-heavy moments feels jarring. The CGI does work in those scenes. It just feels a little out of place with the rest of the movie. When the climax of the movie occurs, you'll probably have a good idea how things will play out.

Despite the mostly predictable ending, Suicide Squad is the movie the DC Cinematic Universe needs right now. It retains the already established dark tone of its predecessors while injecting some much-needed moments of humor and humanity. And it feels all the more impressive that the characters who finally get that tone across are traditionally the franchise's villains. Who would have thought a bunch of bad guys could bring so much hope to the superhero genre? 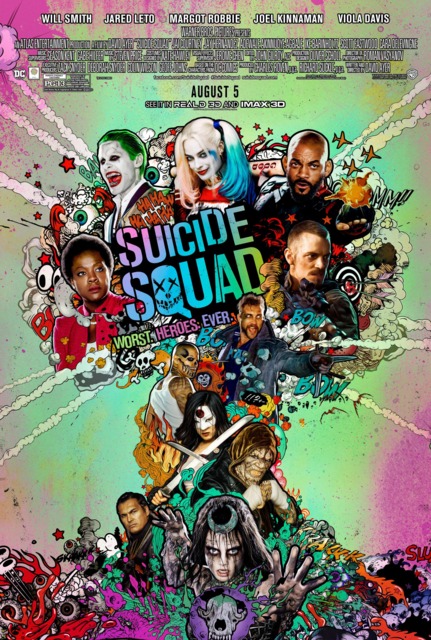