Suicide Squad #22 - Light at the End of the Tunnel

A group of anarchist strive to create chaos in Las Vegas and only the Suicide Squad can stop their plan.

The amount of absurd fun in this issue is off the charts. Deadshot and Harley Quinn's banter is hysterical (even King Shark delivers a huge laugh in his intro), Quinn hits someone with a monkey (no, I'm not kidding), and King Shark busts out a Namor impression. Seriously, it's impressive how much win writer Ales Kot managed to fit into one issue.

The story itself is fairly straightforward and resolved pretty easily (for now, that is), but that's hardly a bad thing because it's laced with some insanely sharp writing and character interactions. Over in my review for INDESTRUCTIBLE HULK #10, I said it was the most fun you'd have reading a comic this week. Well, apparently I lied because this issue is right up there with it.

If this issue isn't being dark and hysterical (which really isn't often), odds are it's giving artist Patrick Zircher and colorist Jason Keith a moment to shine. From the massive and disturbing creature we first spotted in the last issue to the great work on each key character to the downright awesome and graphic detail in every single shot fired, the pages are consistently commendable. As I've said since issue #20, Zircher's a perfect fit for this book thanks to his detailed yet heavily shaded work.

I have no major complaints about this issue and if you do have any you should totally feel bad.

This issue comes as a double-edged sword. On one hand, Kot creates a super entertaining issue and it really is a blast. On the other hand, we know he'll be leaving the book after the next issue and after amazingly solid material like this, it's a bummer to see him go (no disrespect at all to Matt Kindt, of course). Regardless, his topnotch dialogue in combination with Zircher/Keith's art makes for an exciting read filled with a surprising amount of laughs. And the most impressive part of it all? He followed-up all of that excellent comedy with one heck of a cliffhanger -- it's definitely a jaw dropper. 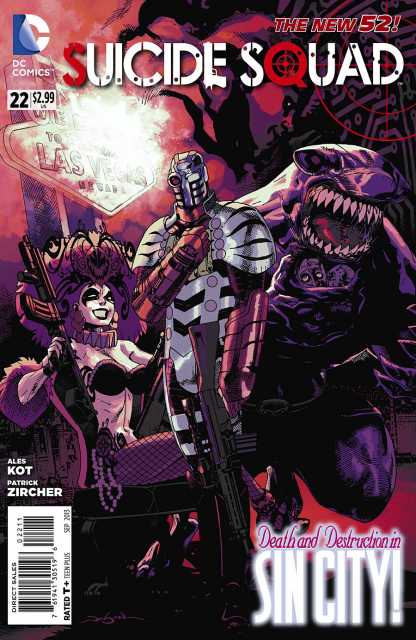