Suicide Squad #20 - Discipline and Punish, Part One of Two

It's a new direction for the team of villains as Ales Kot and Patrick Zircher take over the title!

No disrespect to Adam Glass, but I really wasn't digging this book's previous stories. I love the characters so I of course stuck around for a bit, but ultimately, I made the decision to drop the title because it just wasn't doing anything for me. Now a new creative team has jumped on the title and it's promoted as a fresh start -- and oh man, it definitely does feel like one!

First and foremost, Patrick Zircher is an exceptional artist. I love his work over at Valiant and his dark and detailed vibe is a perfect fit for this title's atmosphere. Throw in Jason Keith's colors and we're treated to some downright jaw-dropping panels. The scene on the medical table? Tragedy has never looked so good!

But it's not just the visuals that won me over. Ales Kot went all out to make this a fantastic jumping on point and filled it with plenty of intrigue. Additionally, the issue serves as a character study for each member of the team (some more than others, of course), and the surprise addition to the roster is sure to keep things incredibly interesting. I love how even the base and its inhabitants are being fleshed out and surely are a tease for what's to come.

My only gripe here is the serum. Up until now, a big part of this book was the element of surprise. Sure, it's same to assume someone like Deadshot or Harley Quinn will probably survive, but everyone else? Anything can happen. Being able to resurrect any of them will seemingly take away a sense of danger. Can it really be a high-risk mission if we know they basically have an extra life? We saw it's not foolproof, but I assume that was a special situation due to the character's abilities.

This fresh direction is something both new and old fans are sure to love. We dive back into each character without it feeling like forced exposition because in this case, it actually serves a greater purpose. It doesn't feel like a 101 for each teammate or rehashing the basics. Instead, you're likely enjoying the greater scheme at hand and when you're hit with the reveal, it'll make perfect sense. Just one issue in and you can really tell Kot has big plans for this book. Throw in Zircher's art and I'm absolutely stoked to stick around for the ride. Welcome back to my pull list, SUICIDE SQUAD. 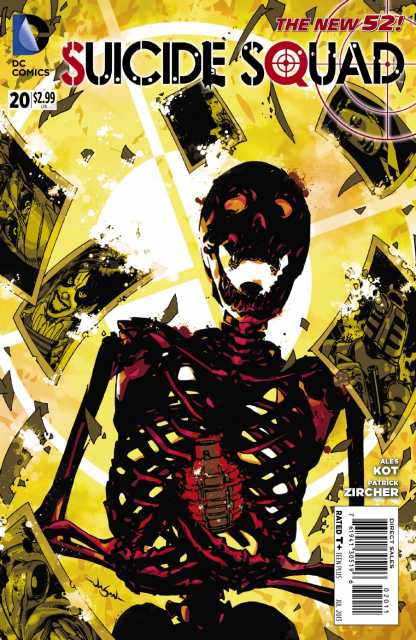