There's so much going on here, you're going to need a seatbelt to keep you in your seat while reading. Plus Han in Coruscant's underworld with Boba Fett on his tail.

It sometimes feels like the characters are spread in too many separate directions but starting off with Leia and Wedge in a dog fight with a bunch of Tie Interceptors is a great way to begin the issue. Seeing Leia flying and fighting like this isn't something we got to see. There's been mention in some of the novels but seeing, even in comic book format, is wonderful.

Brian Wood also shows us Coruscant's underworld. Han and Chewie are on a mission of their own but the problem is, Han still has a bounty on his head. With Boba Fett and Bossk involved, Han's going to need a galaxy full of luck to stay clear of them.

We're still seeing the possibility that there is a traitor in the Rebels' midst. This will lead to a really bad situation that not everyone might not walk away from. And of course Vader and his new obsession will also cause problems.

Brian Wood simply gets these characters. There have been so many Star Wars comics and capturing the feel for the characters isn't always an easy task. Bringing them to life on the pages of a comic only works some of the time. Carlos D'Anda's art fits Wood's story like a glove. It absolutely complements the script. With each issue, you can't help but want more.

Each of the different subplots is interesting but there's just too many. Just as you start getting into the developments with one of the characters, the scene switches to another one. Usually the Star Wars comics focus on less characters.

This is the Star Wars comic we've been looking for. Brian Wood knows and understands the characters. He's able to write each as they should be written. Carlos D'Anda's art gets better and better with each issue. We need to find a way to keep Wood and D'Anda locked onto writing Star Wars comics. The only problem is with the different subplots, the issue is spread and you feel you don't get enough of each. That just means we have to have more. If you like Star Wars in any capacity, you owe it to yourself to read this series. 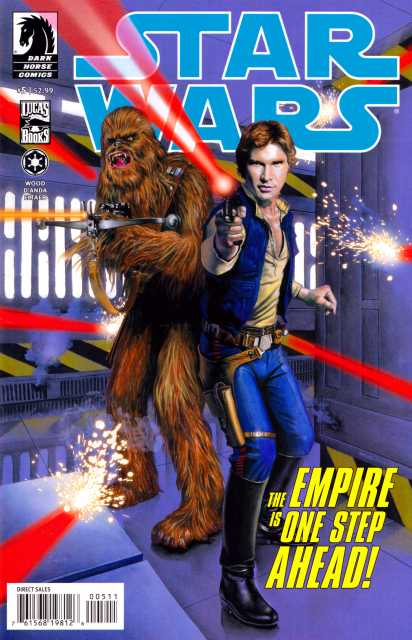